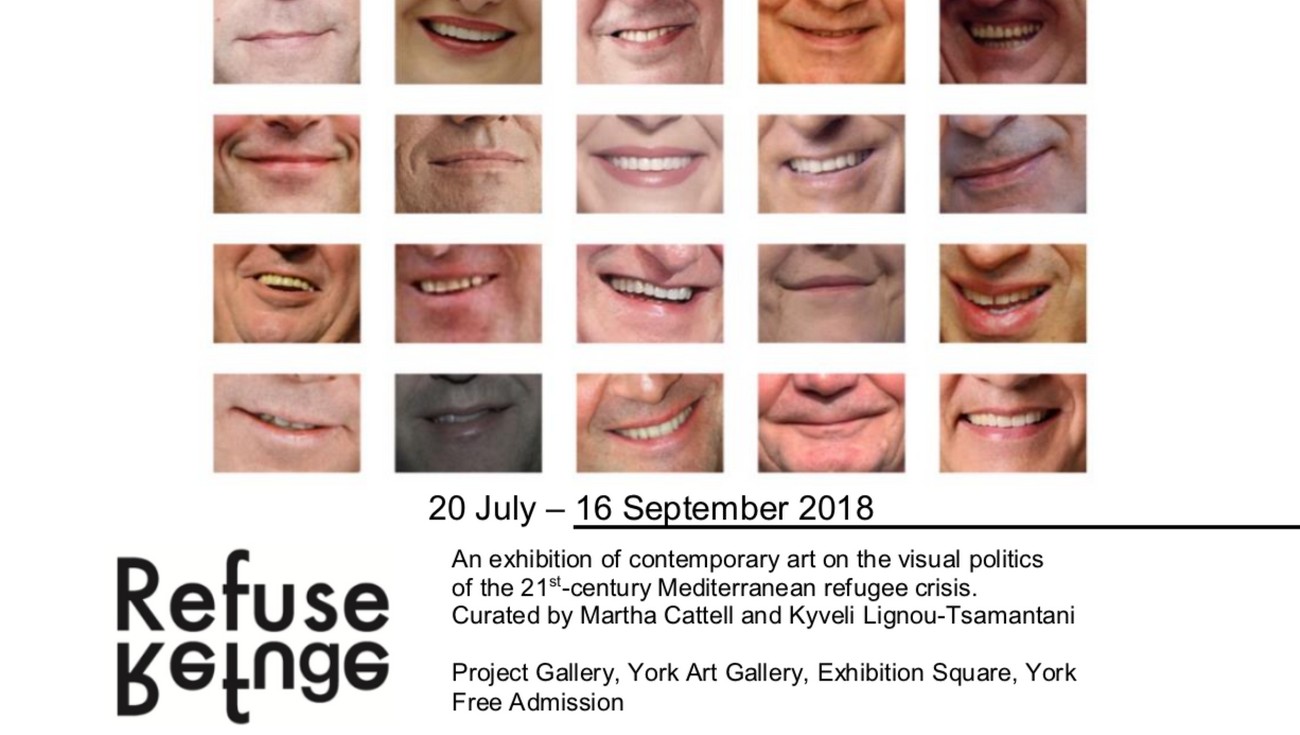 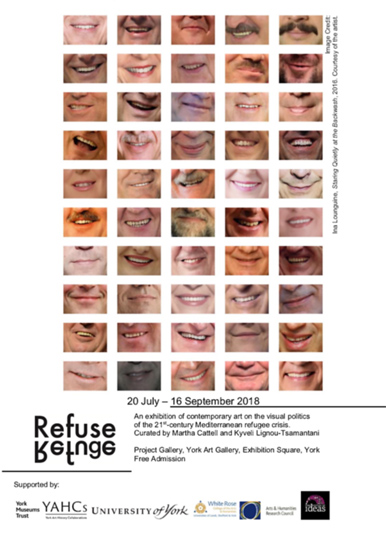 Exhibition poster with Staring Quietly at the Backwash (2016) by Ina Lounguine; image courtesy of and ©Ina Lounguine

The exhibition Refuse/Refuge was held in the Project Gallery at York Art Gallery from Friday 20 July to Sunday 16 September 2018.  It was curated by University of York PhD students Kyveli Lignou-Tsamantani and Martha Cattell.

Kyveli wrote about her experience curating the exhibition for the WRoCAH website.

The exhibition Refuse/Refuge explores the visual politics of the 21st-century Mediterranean refugee crisis. This crisis is underscored by many ‘political refusals’ where refuge, help or rescue has been refused.  At the same time the exhibition presents another set of ‘refusals’ – ‘visual refusals’. Can we be responsible citizens without viewing the representation of death and suffering?  In the context of Refuse/Refuge we ask you to reconsider your political stance not by looking at any images of suffering, but by looking at what could be seen as different types of ‘visual refusals’.

At the core of the exhibition lies a series of ethically and politically troubling questions. What does it mean to refuse refuge to someone who has fled from their home countries due to war, violence and poverty? How can we approach these issues and our own ethical responsibility, without using a photojournalistic ‘lens’?

A free booklet accompanied the exhibition, containing information about the artworks and biographical notes of the artists, as well as an essay by co-curator Kyveli Lignou-Tsamantani, ‘On Political and Visual Refusals’, in which she contextualised the exhibition and critiqued the artworks within their framework of the refugee crisis in the Mediterranean.

In keeping with the intention that the booklet have open-access availability, much of its content is reproduced on the exhibition project's website, with a blog that aims to continue the discussion of issues highlighted in the exhibition.  To date, it has published the following articles:

- as well as poetry in response to artworks in the exhibition by Louli Tsamantani and Professor Jason Edwards (University of York).

Kyveli Lignou-Tsamantani  gave a Curator's Talk to the Friends of York Art Gallery on Sunday 12 August, as well as three Curator’s Guided Tours of the exhibition on Saturdays 4 August, 11 August and 15 September, as part of York Art Gallery’s free programme of events. 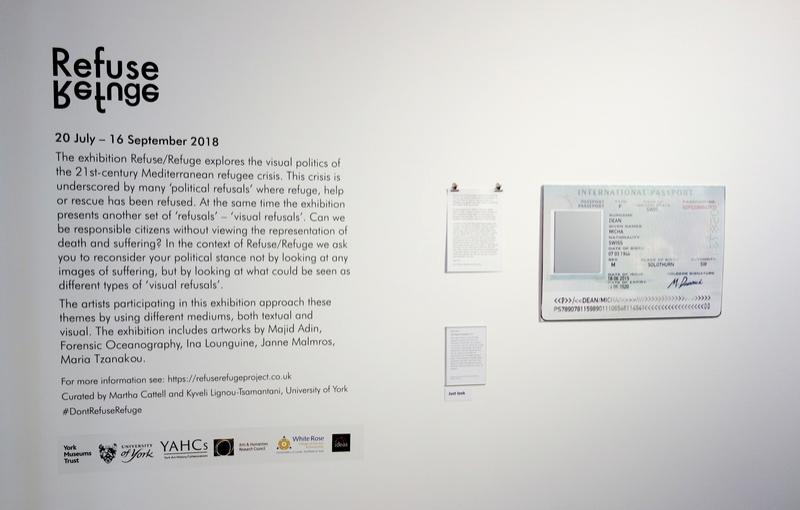 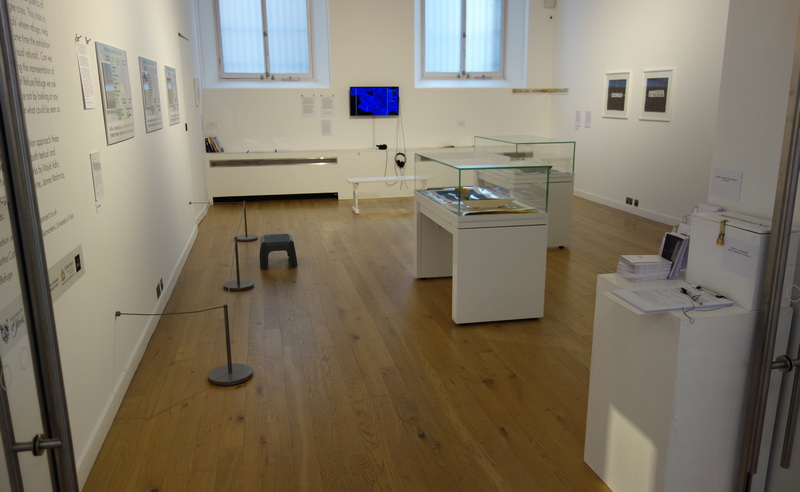 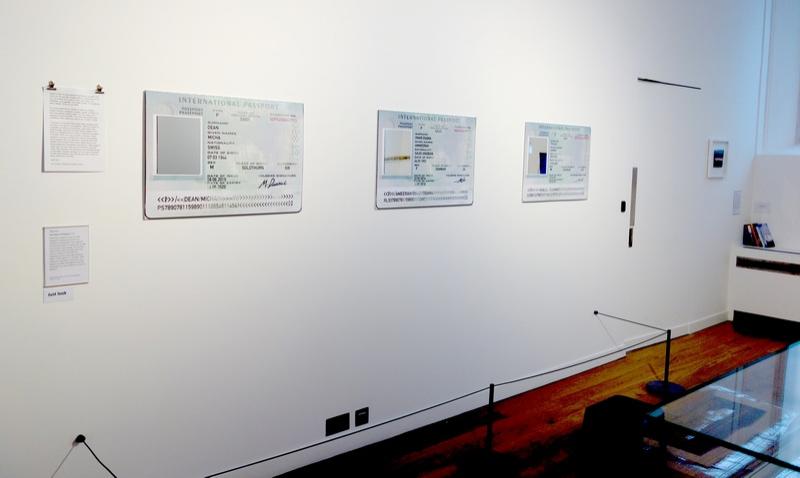 Exhibition view with 'The Power of Passports' (2017) by Majid Adin; photo ©YAHCs 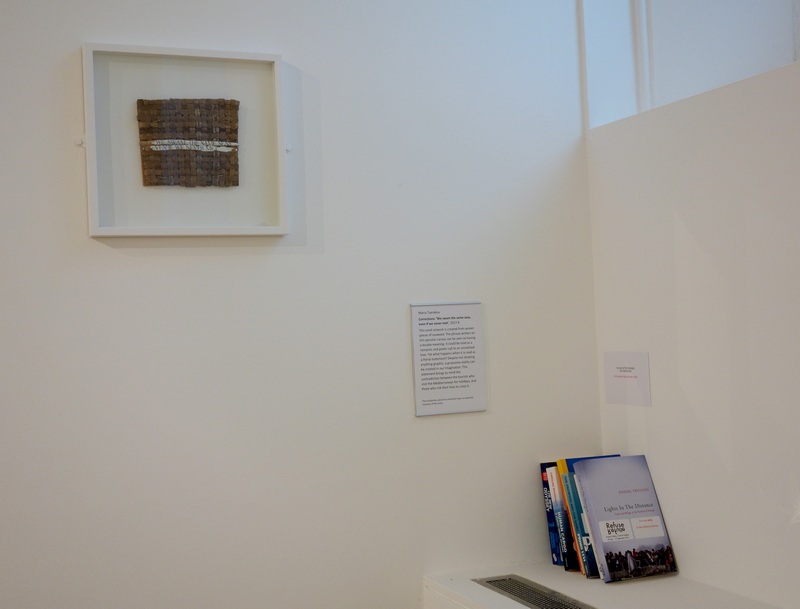 Exhibition view with "Corrections: 'We swam the same seas, even if we never met'" (2017-18) by Maria Tzanakou; photo ©YAHCs 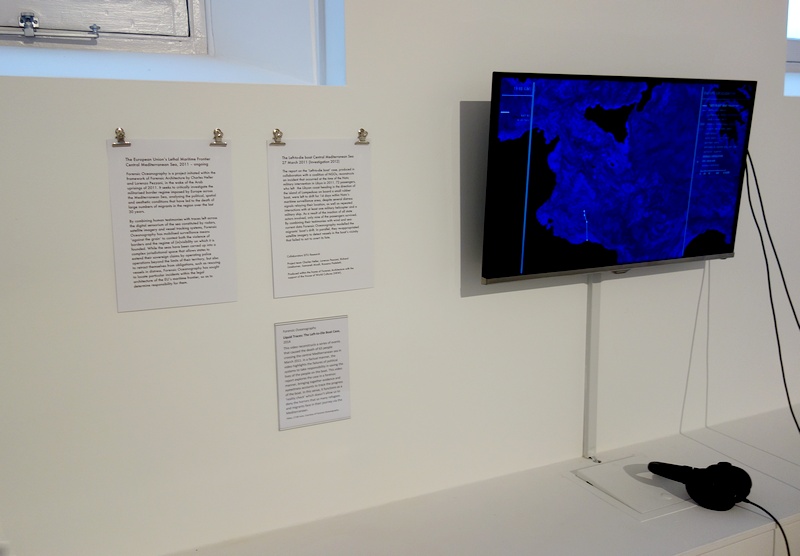 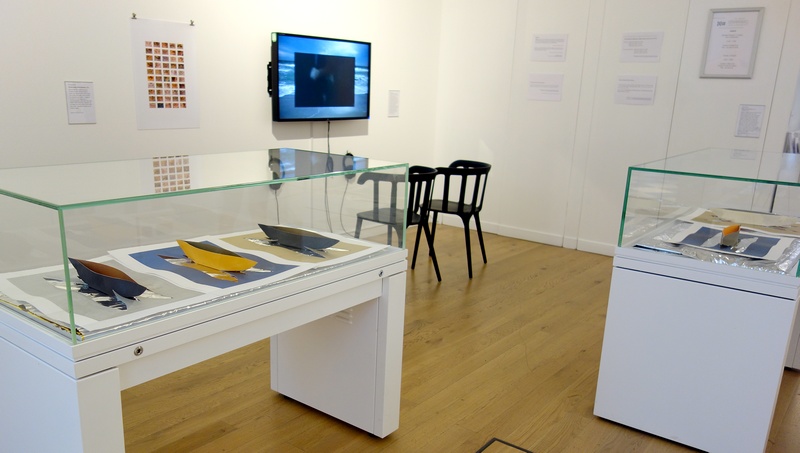 Exhibition view with 'Shifts and Contrivances' (2017) by Janne Malmros in the foreground and work by Ina Lounguine behind; photo ©YAHCs