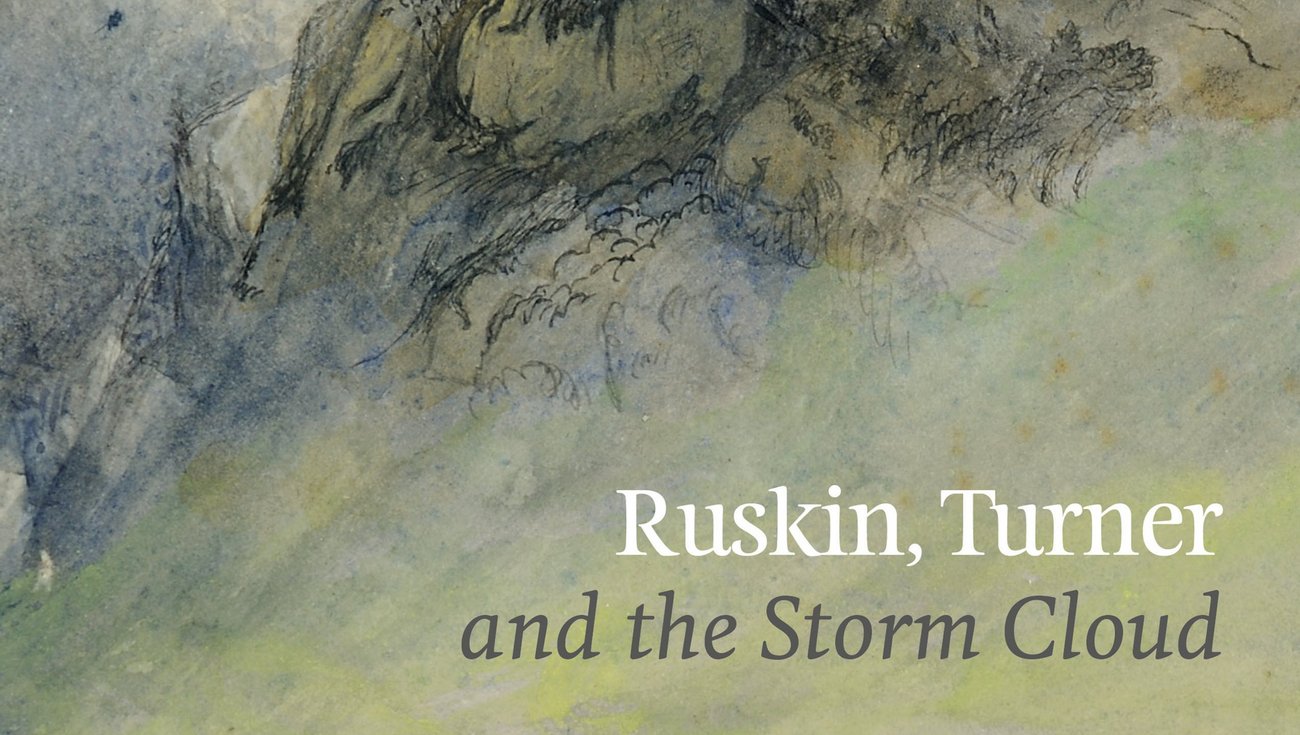 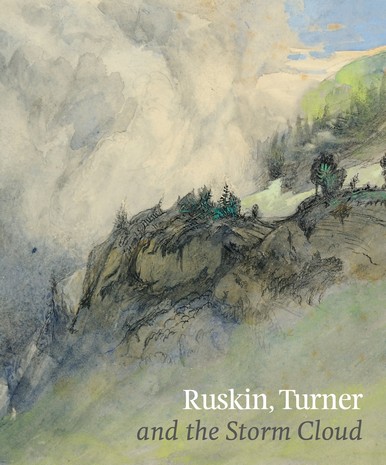 Ruskin, Turner and the Storm Cloud

Ruskin, Turner & the Storm Cloud presents new writing on John Ruskin’s vision of art and its relationship with modern society and a changing environment. As part of the re-evaluation of Ruskin, 200 years after his birth in 1819, art historians, scientists, geographers, artists and curators explore the critic’s lifelong commitment to the painted landscapes of JMW Turner and his own artistic ambitions, as well as his prophetic concerns about the world’s darkening skies, pollution and psychological turbulence.

Blanched Sun, blighted grass, blinded man. If you ask me for any conceivable cause or meaning of these things—I can tell you none, according to your modern beliefs; but I can tell you what meaning it would have borne to the men of old time.

In 1884 John Ruskin spoke out against an encroaching “Storm Cloud”—a darkening of the skies that he attributed to the belching chimneys of the modern world. The imagery of the pollution-stained sky also allowed Ruskin to articulate the internal distress that seemed to engulf him. His analysis of a “blanched sun, blighted grass [and] blinded man” overwhelmed by a modern “plague-wind” expresses both the visible climatic effects of industrialization and the effects of his own worsening mental health. Propelled by bereavement and anxieties over his religious faith, Ruskin became fixated on the skies, “watching a cloud from four in the afternoon to four in the morning”.

This collection of essays examining Ruskin’s distinctive blend of meteorology, morality and social criticism brings new perspectives to one of the most influential and provocative thinkers of the nineteenth century. Ruskin’s deep and personal engagement with Turner’s work over many decades emerges as a recurring theme. In Turner, Ruskin found the ideal “Modern Painter”—an artist whose powerful sunrises and sunsets, mountains and storms, inspired his own critical engagement with the natural world.

As an artist and critic, Ruskin consistently challenged the way others experienced the world, encouraging his audiences to recognise and record nature’s transient beauty, and doing the same with his own intimately observed drawings of animals, flora and weathered buildings. As an environmentalist, he witnessed a natural world changing before his eyes, as the landscapes, buildings and skies he had seen as a young man came under threat. As an ethical provocateur ahead of his time, he condemned the throwaway culture that spoilt the towns and rivers he loved, urging his audiences to take responsibility for these changes.

Responding to this rich and troubled legacy, the book brings together original contributions by artists and curators, art historians, geographers and climate change specialists, each of whom shares new insights into Ruskin’s concerns about the changing weather patterns and shifting landscapes of the modern world. Individual essays reconsider Ruskin alongside a range of contemporary issues, encompassing mental health, technology, environmental pollution and climate change. The collection’s diverse voices make a compelling case for the continuing relevance of Ruskin and his ways of seeing in the twenty-first century.

‘Introduction’ by Richard Johns
‘Looking for Turner’ by Timothy Spall
‘Finding Ruskin’ by Beatrice Bertram
‘Ilaria and Rose: Ruskin‘s Grief’ by Suzanne Fagence Cooper
‘The Storm at Night’ by Howard Hull
‘Ruskin Land’ by Stuart Eagles
‘Copying Turner’ by Stephen Wildman
‘Ploughing His Own Furrow: Ruskin as Printmaker’ by Julia Beaumont-Jones
‘Dead Bittern’ by Jason Edwards
‘Unfolding Turner’s Mind: Ruskin and the Turner Bequest’ by Amy Concannon
‘On the Devil‘s Bridge’ by Kerri Offord
‘Ruskin, Whistler and Aestheticism’ by Thomas Hughes
‘The Sun is God’ by Joanna Haigh
‘Ruskin and Meteorology’ by Edward Gryspeerdt
‘Cloud Perspective’ by Caroline Arscott
‘The Streams of Time’ by Robert Macfarlane
‘Ruskin and the Ruin of the Earth’ by Jan Zalasiewicz
‘The Artist as Witness’ by Emma Stibbon
‘Ruskin and “the most marvellous invention of the century”’ by Sandra Kemp
‘On Clouds and the Cloud’ by Charlie Gere