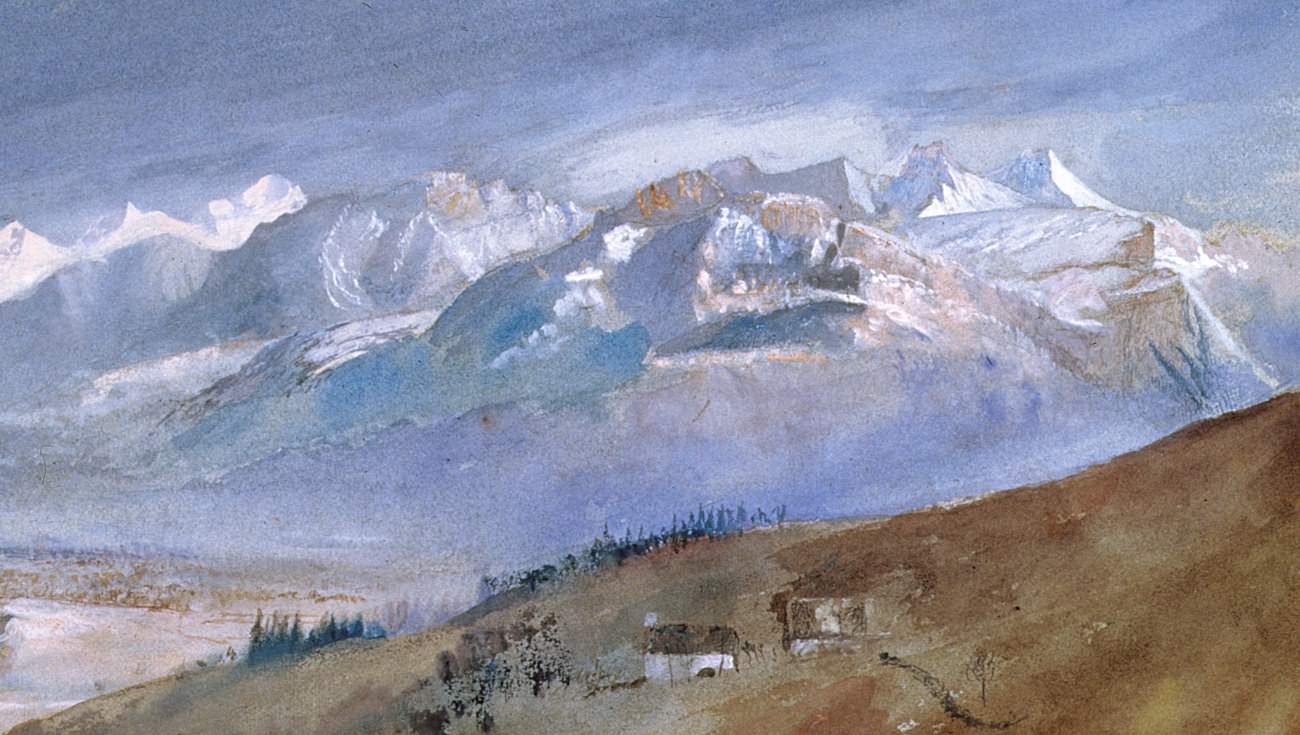 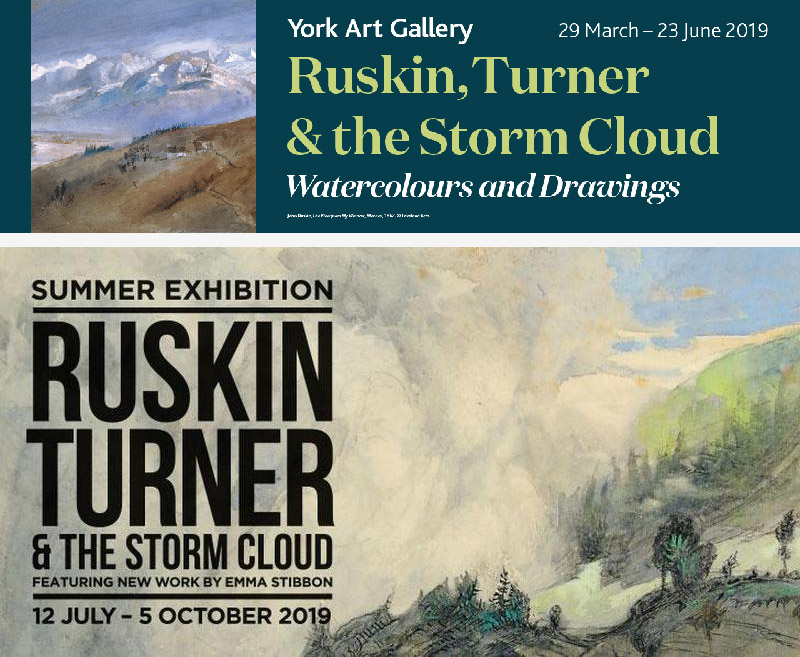 The exhibition ran from Friday 29 March to Sunday 23 June in York, where its full title was Turner, Ruskin & the Storm Cloud: Watercolours and Drawings.  It re-opened less than three weeks later at Abbot Hall, on Friday 12 July, closing on Saturday 5 October.  Examining Ruskin’s relationship with Turner’s work, the exhibition featured more than 100 works of art, including a dozen by Turner and more than 40 by Ruskin, as well as art by their contemporaries such as John Constable, John Inchbold and Hubert Herkomer.  As well as works from the two art galleries’ own collections, it included significant loans from national and regional collections, such as the British Museum and Tate Britain, some of which are seldom on public display. In York, it was spread across all three Madsen galleries, and it was ‘one of the biggest exhibitions’ ever held at Abbot Hall Art Gallery, across six galleries, ‘with a few additional works peppered around the entrance hall and up the stairs’ (Kerri Offord).

The exhibition considered ‘the eloquent critical relationship John Ruskin (1819-1900) had with the landscapes of J M W Turner (1775-1851)’; and it had particular contemporary resonances, touching on themes of mental health and climate change. Through new research, it revealed Ruskin’s response to Turner’s vision, together with his concerns about climate change, based on his own experience of close looking at weather patterns, mountains and the built environment. 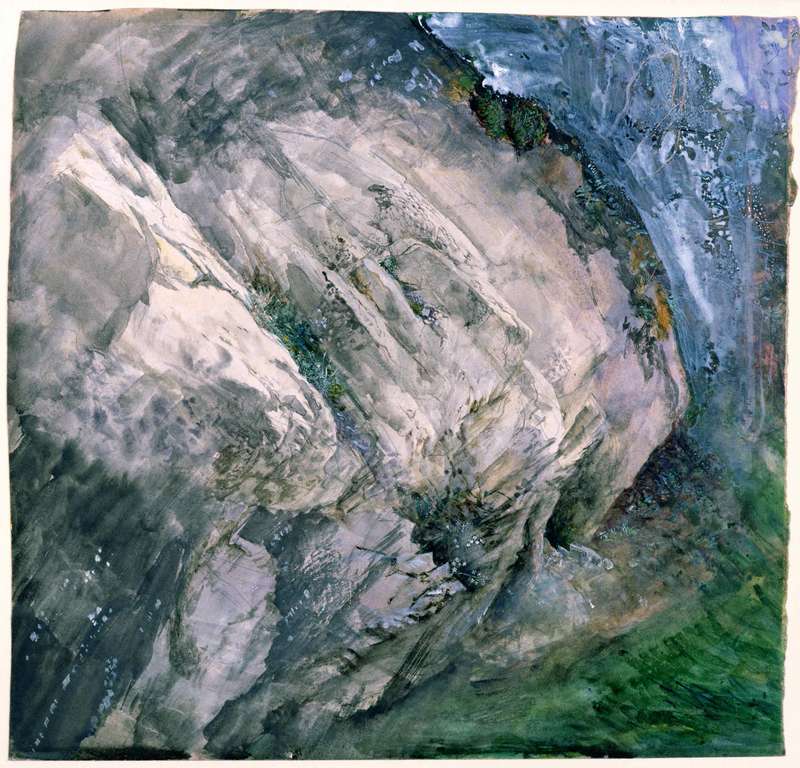 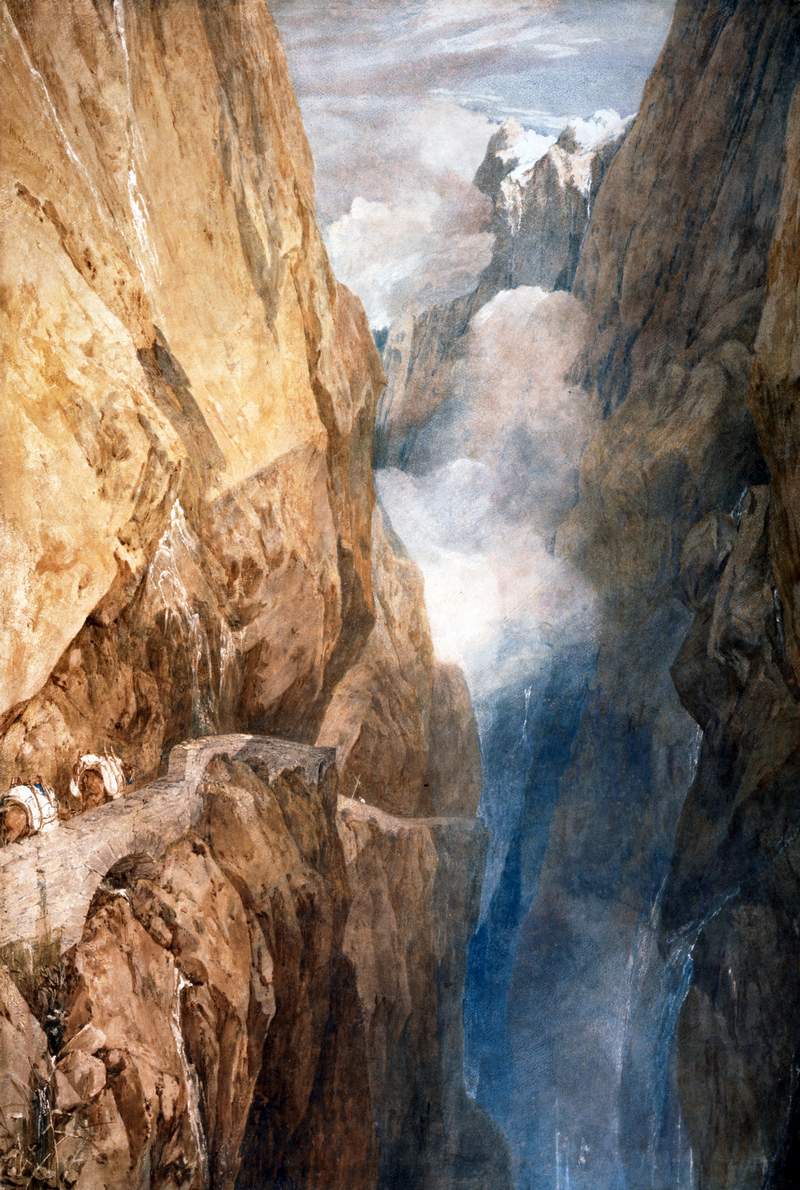 Alongside the nineteenth-century art, artist Emma Stibbon RA was commissioned to create a contemporary response to the concerns raised by Ruskin, especially for the exhibition. In the summer of 2018 she retraced Ruskin’s stay in Chamonix to draw and photograph the glaciers around Mont Blanc. The resulting artwork on show at the exhibition, on loan courtesy of the artist and the Alan Cristea Gallery, generated awe at the scale of the mountains and sober reflection on the environmental impact of climate change, comparing Ruskin’s 1854 daguerreotype of the Mer de Glace glacier at Chamonix, itself an extraordinary feat in the history of early photography, with the scant snow and ice of the view today. The exhibition highlighted the impact of Ruskin's writing on the study of climate change.

The new paintings are awe-inspiring in the best sense of the word, but they also confront us with the awful possibility that, within our lifetimes, the glaciers will be gone and the mountains no longer snow-capped — and we have every reason to be afraid. 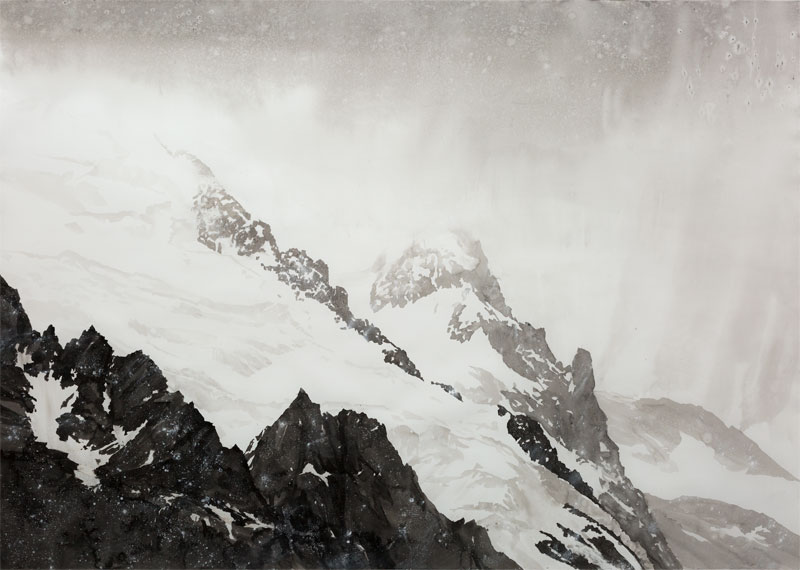 Turner, Ruskin & the Storm Cloud also focused on Ruskin's mental health and the impact of his mental breakdowns in the 1870s: indeed, the 'storm cloud' of the exhibition title not only references Ruskin's 1884 lecture to the London Institution 'The Storm-Cloud of the Nineteenth Century,' expressing his concerns for the environment in the wake of the industrial revolution, it serves as a springboard to draw attention to the two artists' landscape painting and prolific cloud studies, for example, and also to the metaphorical storm clouds gathering in Ruskin's mind during his latter years, living at Brantwood on Coniston Water in the Lake District.

Museum Crush - ‘Ruskin, Turner and the Storm Cloud of Industry’ by Richard Moss: 'a bold exhibition'; '[Ruskin's] debilitating illness is just one of the elements of the Victorian sage’s life, ideas and legacy expertly woven into this new exhibition'; 'Using innovative digital media to enhance the watercolours and drawings on display, the York exhibition reconsiders Ruskin’s bedroom as a space to look out and to look inwards' (14 March 2019)

Country Life - ‘In Focus: Ruskin, Turner and the ‘Prophetic Warning of Impending Environmental Catastrophe’ by Simon Poë: 'blown away by ‘Ruskin, Turner & the Storm Cloud’ at the Abbott Hall Art Gallery in Kendal, an exhibition about climate change and mental health, plus the pleasures and pains that come with seeing clearly'; 'timely exhibition ... the work is beautiful but the message is stark' (26 July 2019)

Westmorland Gazette: ‘Ruskin, Turner and the Storm Cloud Promises to Be One of the Best’ by Adrian Mullen: 'hugely important' (8 July 2019)

Research for the exhibition and its accompanying publication were supported by a grant from the Paul Mellon Centre for Studies in British Art.

The exhibition was part of the Ruskin Today celebrations of the bicentenary of Ruskin's birth.

9 May 2019: Presentation at the Paul Mellon Centre (Dr Fagence-Cooper)