Albert Moore: Of Beauty and Aesthetics, the first monographic exhibition of artist Albert Joseph Moore since his death in 1893, was held at the Museums De Buitenplaats, Netherlands from 10 December 2016 – 19 March 2017 (entitled Albert Moore: Over schoonheid en esthetiek), before transferring to York Art Gallery from 7 April – 1 October 2017.

In partnership with the Museums De Buitenplaats, Netherlands, senior curator of art at York Art Gallery Laura Turner worked closely with Professor Elizabeth Prettejohn (University of York) in creating the exhibition, which was also based on recent research by Dr Robyn Asleson (The Smithsonian’s National Portrait Gallery), author of Albert Moore (Phaidon Press, 2000/2004). 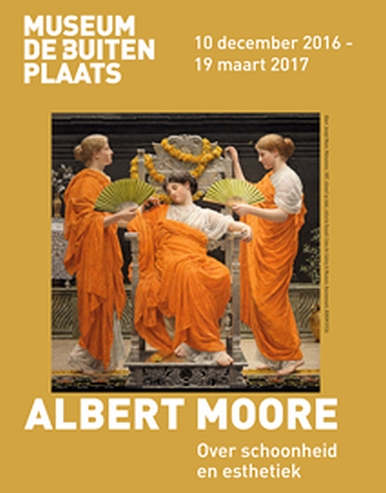 Albert Moore (1841-1893) was one of the leading artists of the Aesthetic Movement who prioritised mood, colour harmony and beauty of form over subject matter to create ‘art for art’s sake’. As well as this aim of ‘art for art’s sake’, the exhibition explores Moore’s ‘Eternal Beauties’ and his development as a painter.  It considers how Moore is now gaining recognition as a significant figure in the transition from representation to abstraction, adding weight to the argument for wider reassessment of Moore’s work, in particular regarding his contribution to Modernism.

The exhibition featured more than 30 paintings and watercolours from galleries and private collections from across the United Kingdom. It included paintings depicting the beautiful and classical women, for which the artist is most famous, as well as works that serve to demonstrate the progressive style which made him a significant forefather of British Abstract art.

Dr Turner said: 'We are thrilled to be bringing together some of Albert Moore’s most significant works to celebrate this extraordinary painter in his home city.

'At a time when the Victorians were looking for moral significance or narrative in works of art, Moore was producing work purely for visual pleasure. He was a firm believer in “art for art’s sake” who placed more value on the overall visual unity of the work rather than the actual subject. This was misunderstood by many of his contemporaries and critics of the day which meant his work was not fully appreciated during his lifetime and has been sparsely exhibited since.

'We hope this exhibition, with new research on his life and body of work, will bring a justified prominence to Moore and his position as one of the forefathers of British Abstract art.'

The exhibition at the Museum De Buitenplaats was reviewed by Dutch newspaper Dagblad van het Noorden and arts magazine KunstKrant (January-February 2017, p.20), as well as by 'LizofShalott'. When it moved to York Art Gallery, Artists and Illustrators featured Albert Moore in an 'Arty Fact' article by Natalie Milner (August 2017, p. 82), The Yorkshire Post interviewed curator Laura Turner; and  Country Life devoted a double-page spread to Peyton Skipwith's review (30 August 2017, pp 94-5). The exhibition was also reviewed by Charles Hutchison in The Press and at The Kissed Mouth.

A study day and international conference ‘Rethinking Albert Moore’ took place at the University of York in July 2017.

A booklet to accompany the York exhibition was produced by post-graduate students overseen by Professor Prettejohn. 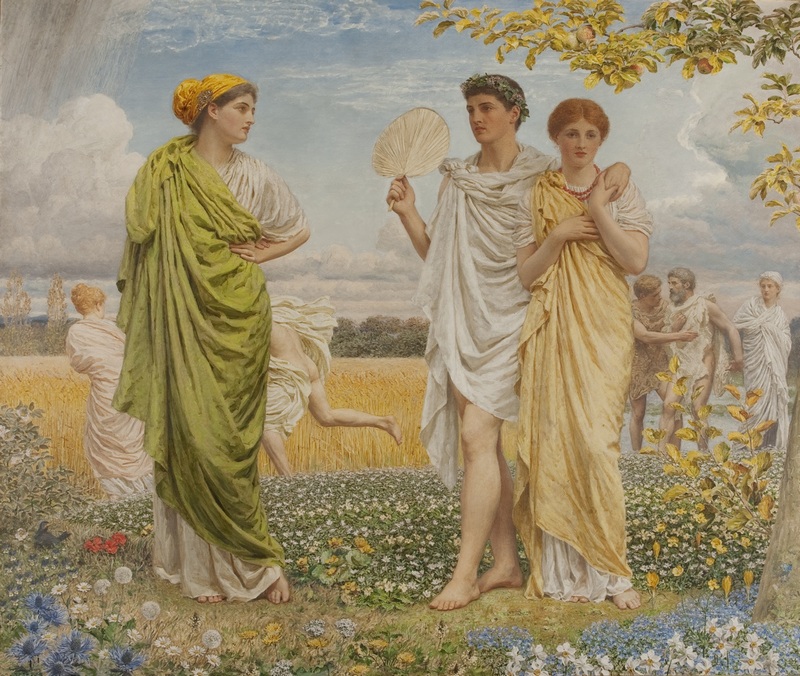 Albert Moore, Loves of the Wind and the Seasons (1892), oil on canvas; image courtesy of Blackburn Museum and Art Gallery 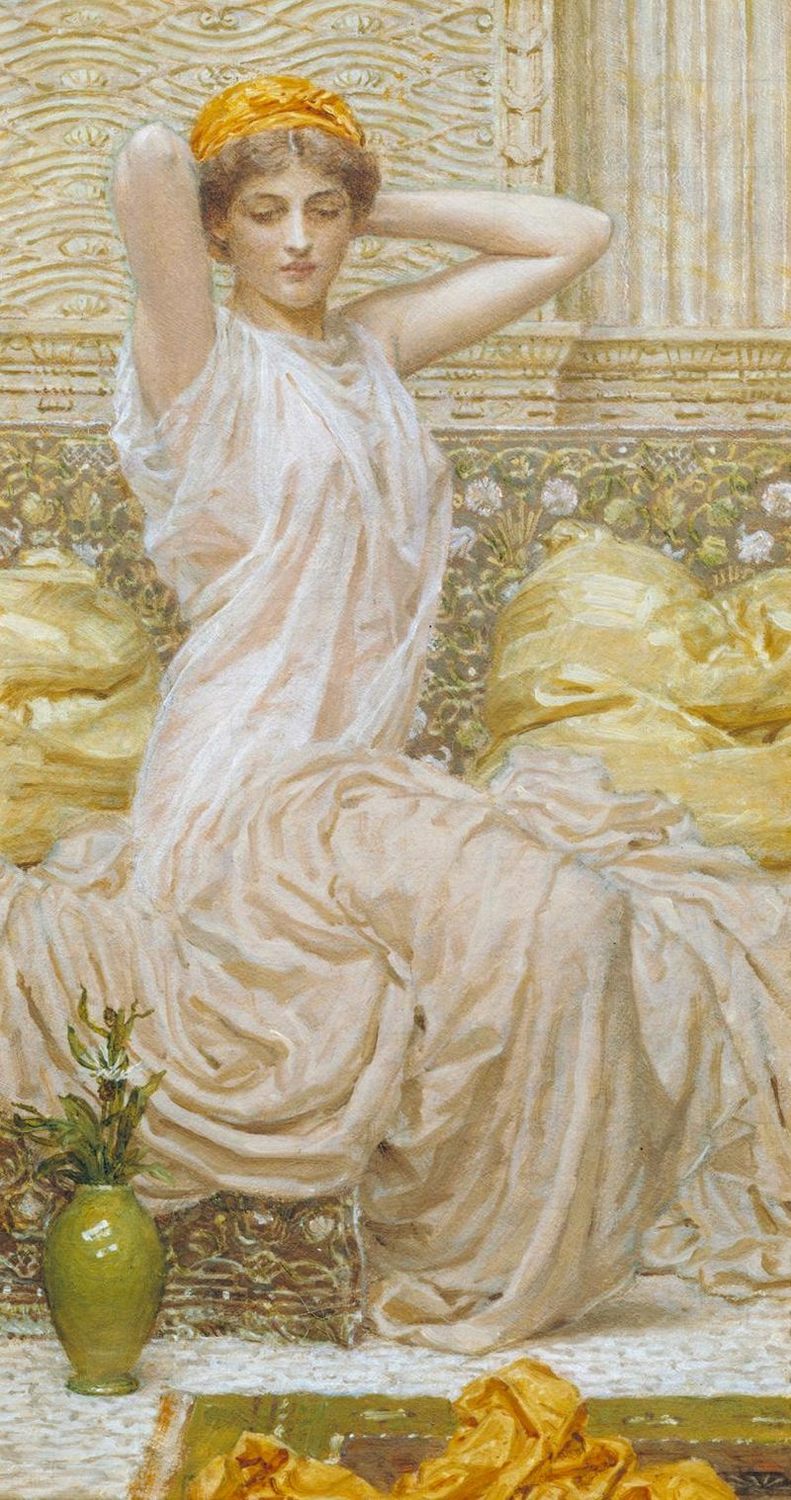 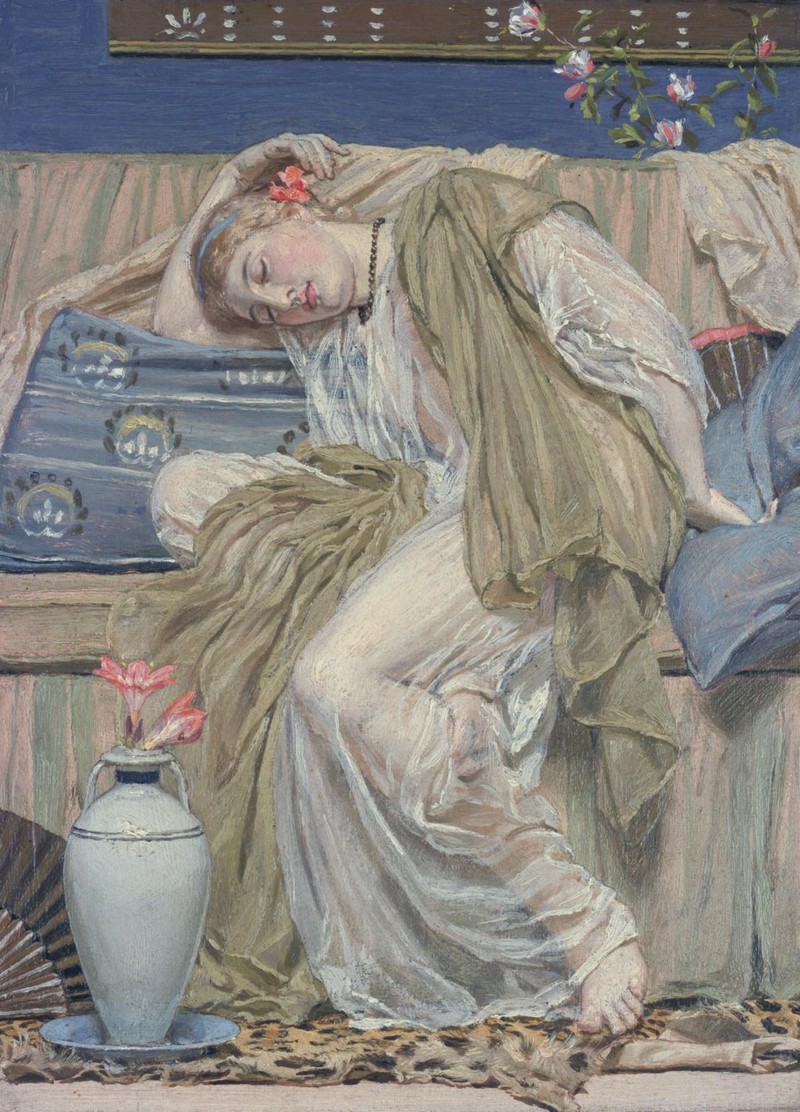 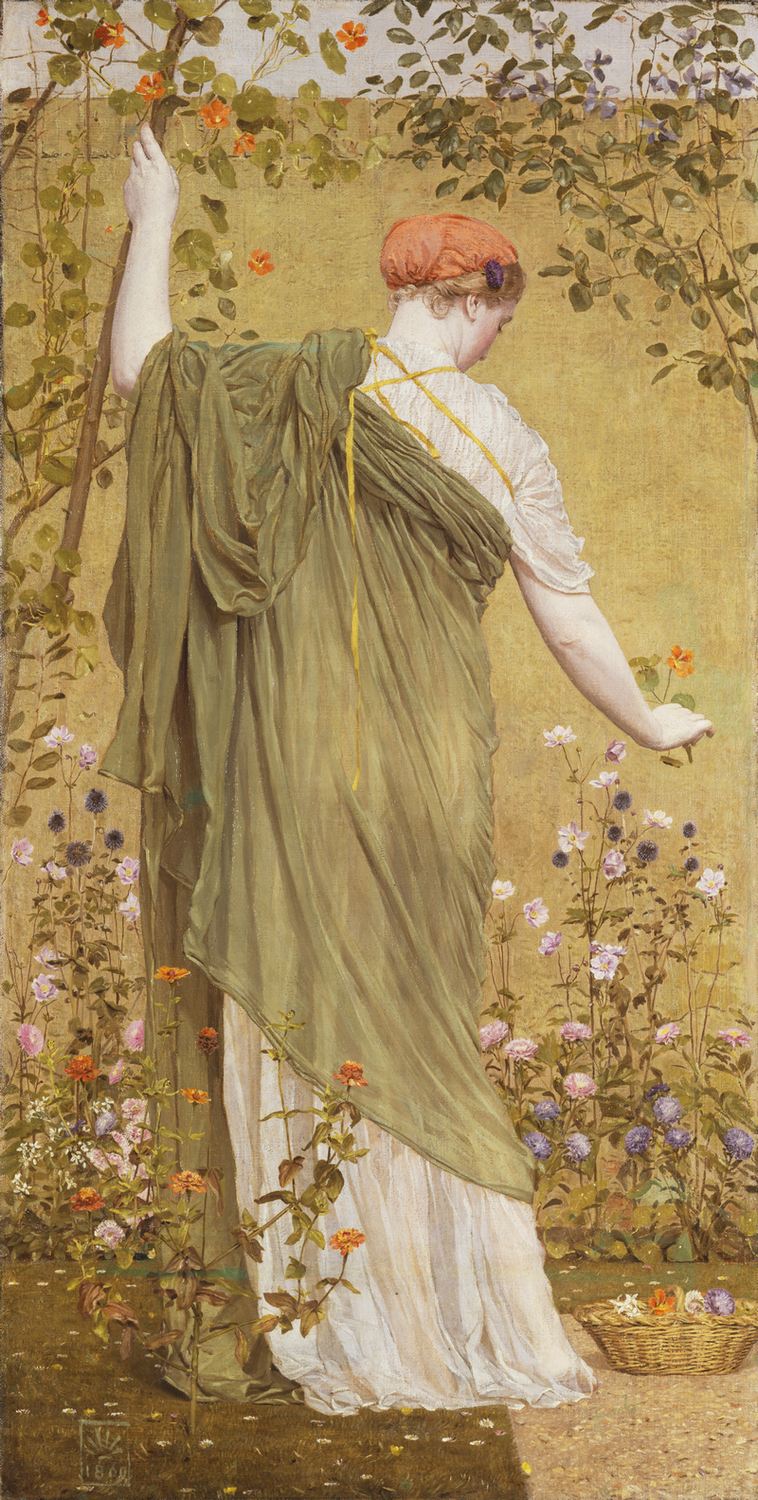 Main image: Exhibition banner for 'Albert Moore: Of Beauty and Aesthetics' at York Art Gallery, 2017; featuring 'Midsummer' by Albert Moore, 1887, reproduced with the kind permission of the Russell-Cotes Art Gallery and Museum, Bournemouth.