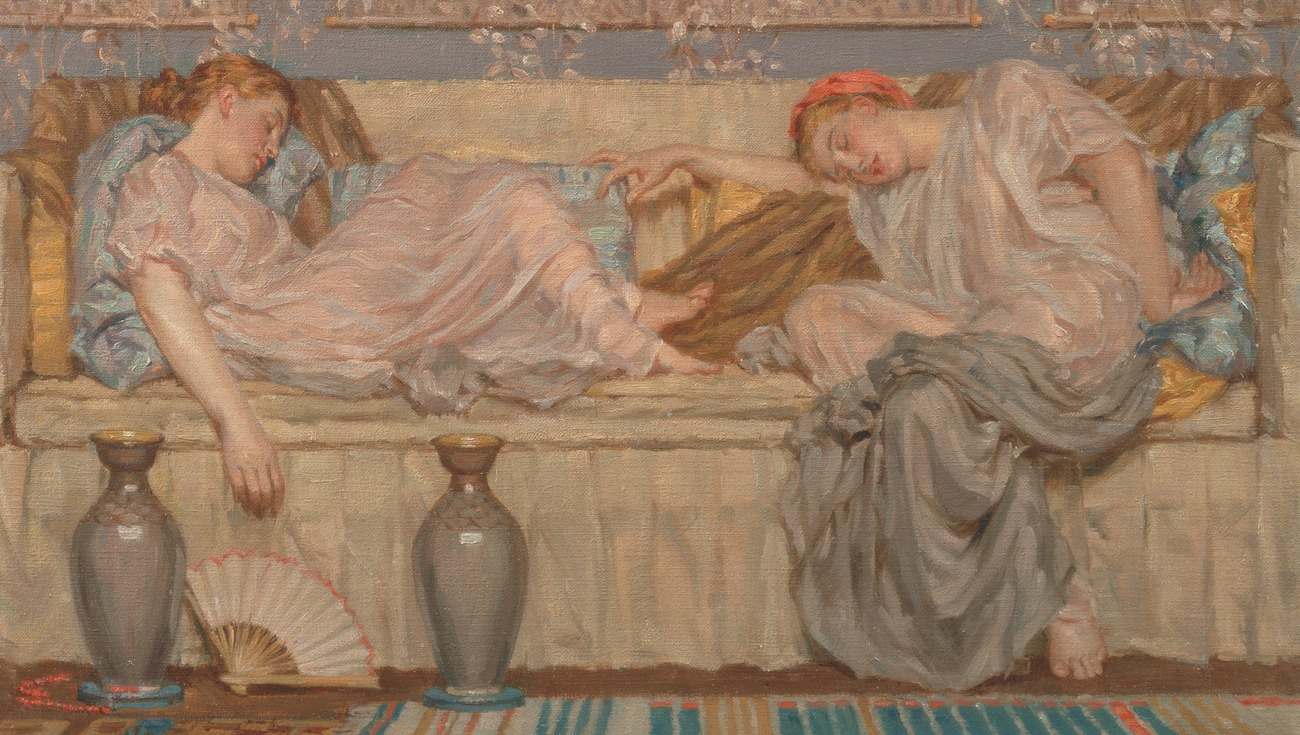 ‘Rethinking Albert Moore’ was a two-day conference held on Thursday 13 - Friday 14 July 2017. It was organised by the Department of History of Art at the University of York in collaboration with York Art Gallery and Museum De Buitenplaats to coincide with the international exhibition Albert Moore: Of Beauty and Aesthetics.

Best-known today as a painter of uncompromisingly ‘narrative-less’ pictures, Albert Moore’s distinctive pictorial practices facilitated productive alliances with some of the most progressive European painters, designers and architects of his age. Framed consistently as an ‘outsider’ to the London art world, Moore was in fact at the epicentre of artistic negotiations over the politics and principles of Aestheticism and the formulation of the beautiful as an inherently radical art practice. Yet despite his substantial contribution to nineteenth-century visual culture – not to mention his persistent afterlife through photographic reproduction – Moore has often been characterised as a marginal or isolated figure whose interests in ornament, atemporality and materiality place him outside mainstream narratives of British nineteenth-century art history.

Working in tandem with York City Art Gallery’s first monographic exhibition of the York born artist since his death in 1893, this conference sought to refocus debates around Albert Moore, his work as well as his social and professional networks. Its intention was to re-interrogate Moore’s frequent association with Aestheticism in the visual arts; to explore other, less well-known historical contexts for his practice; to review his critical presentation as an outsider alienated from the institutional structures of the metropolis; and, more generally, to consider what new methodological approaches might be necessary to ‘make sense of Moore’.

The conference was divided into three sections: a Scholars' Workshop; a public keynote lecture, also one of the Albert Moore lecture series; and the main conference itself. For further details, see the conference website. 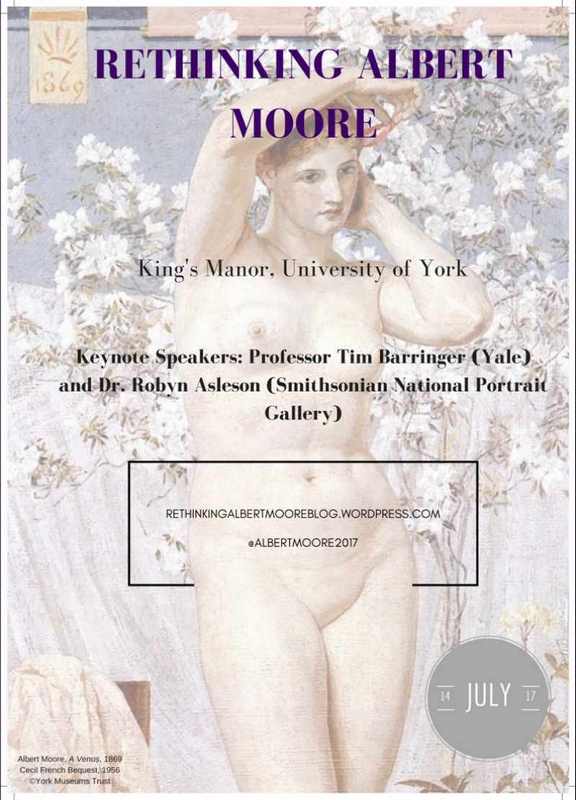 The Scholars' Workshop on Thursday 13 July brought together the conference speakers, PhD students and other interested parties. The first part of the afternoon was devoted to reassessing the title given to a Moore painting in Chrisotpher Grindley's private collection; the second part broadened the field of discussion to consider the current state of British Art studies: read further details on the Rethinking Albert Moore blog. 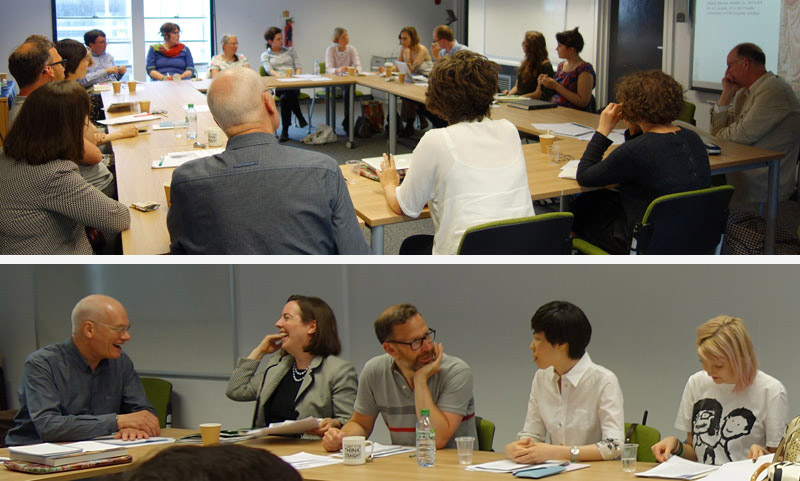 Professor Tim Barringer (Paul Mellon Professor of History of Art, Yale University and Honorary Visiting Professor, University of York) gave the first keynote paper of the conference at a public ticketed event: 'Aspiring to the Condition of Music: Albert Moore and Synaesthesia' was part of the 'Albert Moore Lectures' hosted by the York Museums Trust at the Yorkshire Museum. 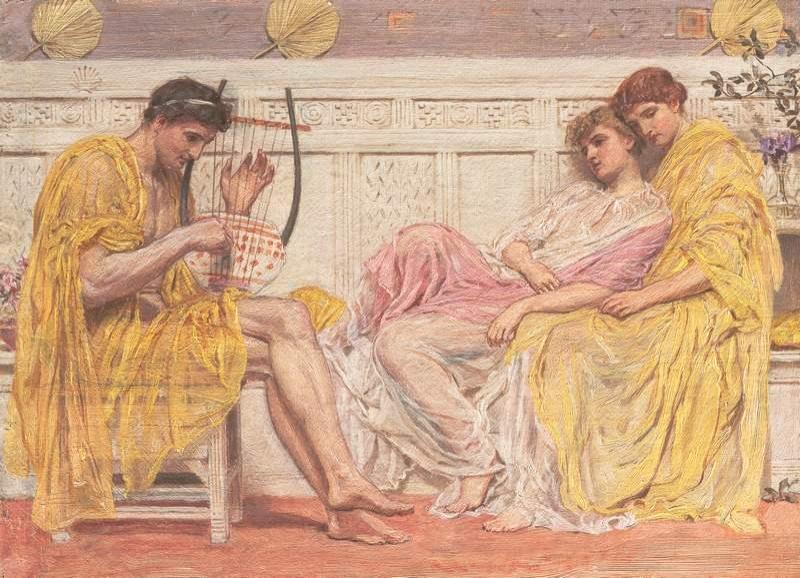 Professor Liz Prettejohn (University of York), co-convener of the conference and co-curator of the Albert Moore exhibition, gave the Welcome on Friday 14 July. The conference was divided under three headings, ‘Exhibiting Moore’, ‘Moore’s Design: Science and Industry’ and ‘Moore’s Legacies’. in addition, a ‘Special Session: The Mystery of the Title’ offered the opportunity to examine a work by Moore from Christopher Gridley’s private collection.  The conference moved to the Art Gallery mid-afternoon, for a panel session chaired by Professor Jason Edwards (University of York), an opportunity also to visit the exhibition with the curators, before re-convening at King's Manor for the final session of the conference: the keynote presentation by Dr. Robyn Asleson (Smithsonian National Portrait Gallery) on 'Modern Translations from the Greek: Albert Moore and the Classical Ideal'.

The other speakers were: 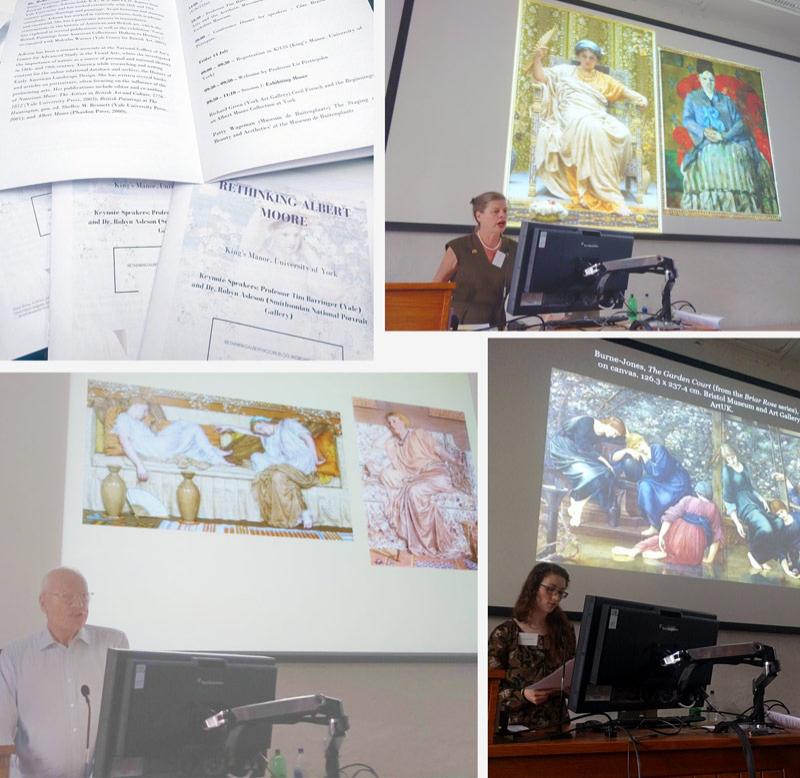 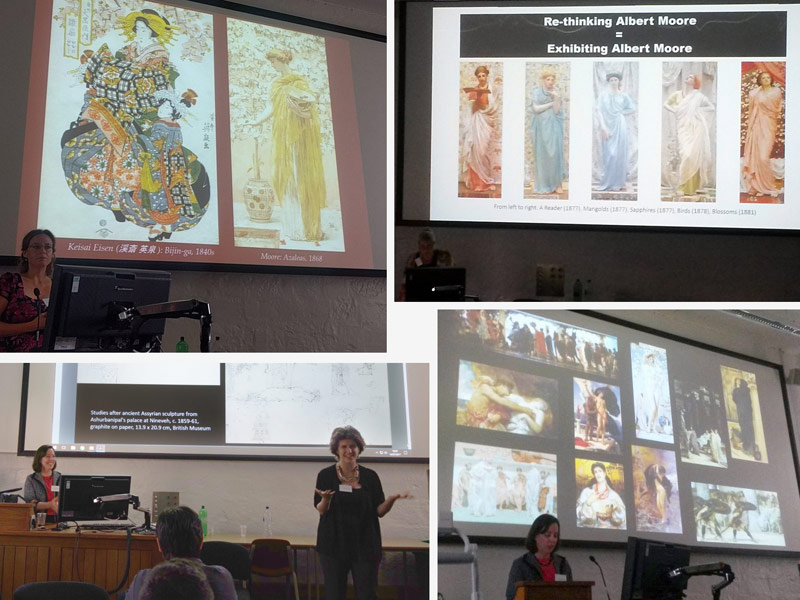