Dr Nicola Sinclair was a Collaborative Doctoral Award holder from 2012-2016 for her thesis on 'Early German Art in the National Gallery and Beyond: The Case of the Krüger Collection and its Reception in Britain in the Latter Half of the 19th Century', co-supervised by Dr Jeanne Nuechterlein (University of York) and Dr Susan Foister (National Gallery).

In July 2015, Nicola was awarded a Doctoral Fellowship of the University of York Humanities Research Council for her research presentation on 'An Uneasy Fit: Early German Painting and New Frameworks of Value in Mid-Nineteenth-Century Britain.'

Here, Nicola talks about her research and shares some of the highlights of her experience as a CDA research student. 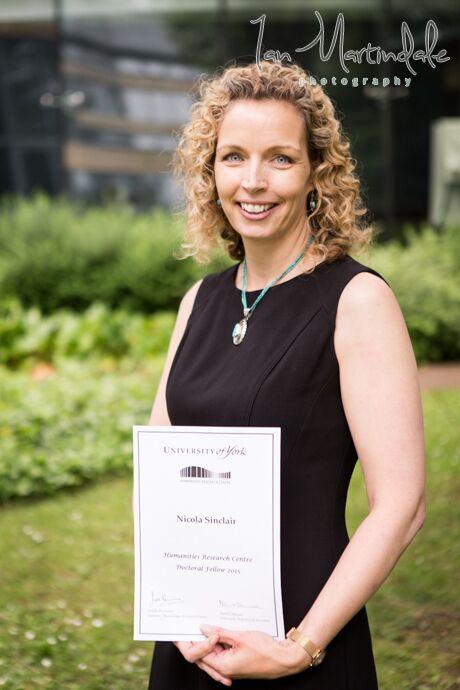 The focus of my research was the National Gallery collection of early German paintings acquired in the 1850s and 60s, and specifically those purchased with the Krüger collection in 1854. I examined how the reception of these paintings in Britain both illustrated and shaped the difficulties of accommodating early German paintings into emerging art historical discourse, into methods of public and private display, and onto the art market. The acquisition, display, rejection and dispersal of the Krüger collection reveal the complex interplay of practical, ideological and aesthetic decision-making that shaped the nation’s collections and perceptions of art history and had long-term implications.

Paintings in the Krüger collection included: 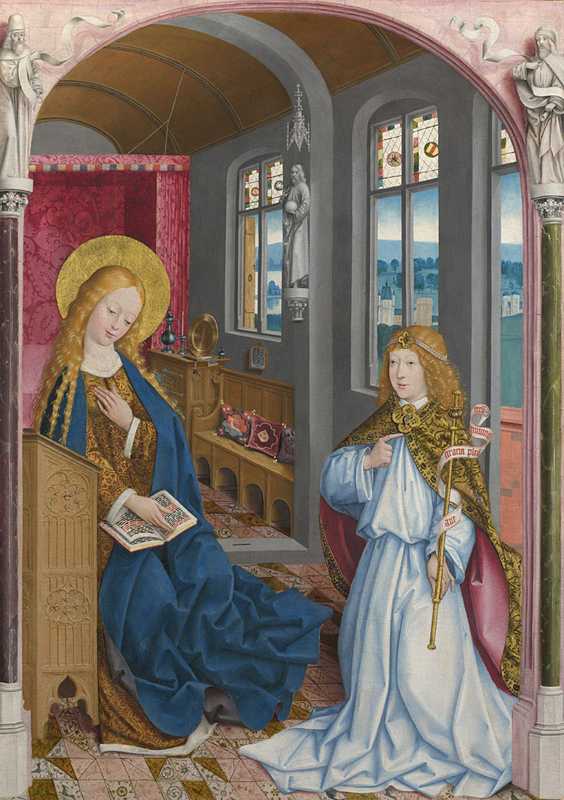 The Annunciation by Master of Liesborn (c. 1470-80); oil on oak; National Gallery, London 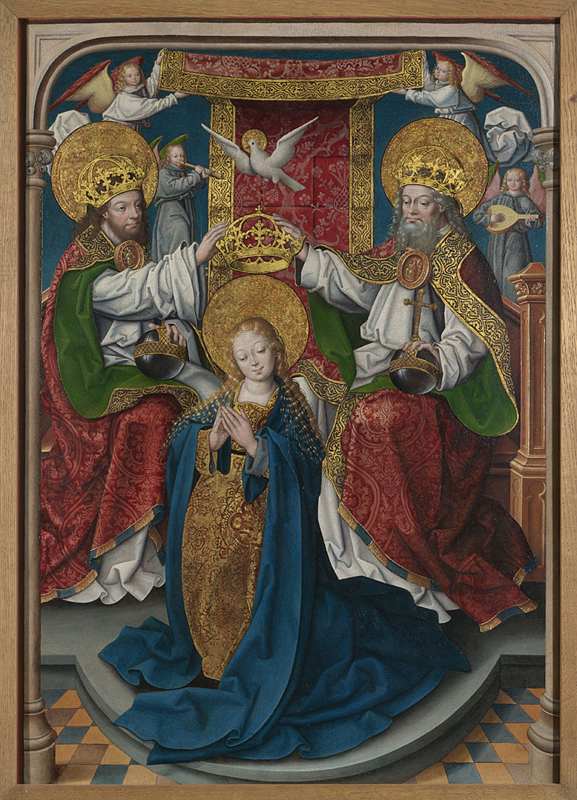 The Coronation of the Virgin by Master of Cappenberg (Jan Baegert?) (c. 1520); oil on oak; National Gallery, London 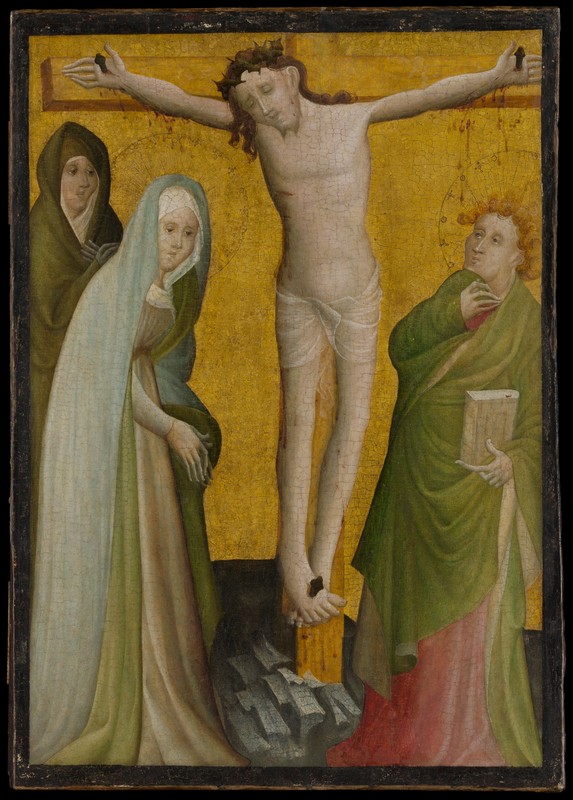 The Crucifixion by Master of the Berswordt Altar (c. 1400); oil, egg(?), and gold on plywood, transferred from wood; www.metmuseum.org

Here is a photo (of mine) of the remains of the Bielefeld Marienaltar in situ in the Neustadt Marienkirch, Bielefeld. The central portion has remained in the church there since 1400, but most of the wing fragments were bought by the British government for the National Gallery, were rejected for display there, and were dispersed on the British art market. Those seen here have since been re-purchased for the church. 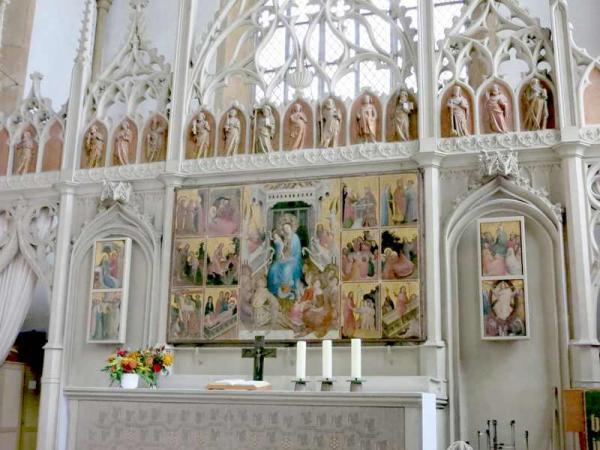 This is a photo of a panel by Gert van Lon that was also bought for the National Gallery but rejected for display and re-sold in Britain. Since 1931 it has been in King's College Chapel, Cambridge. 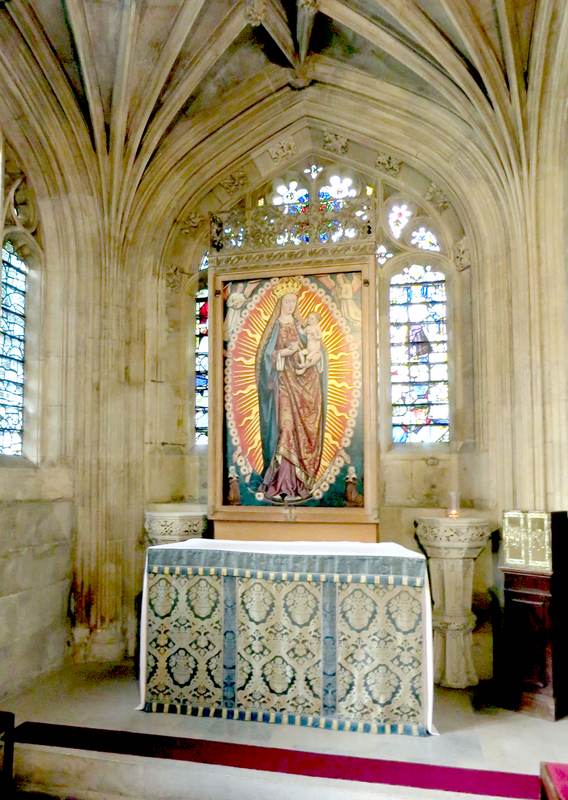 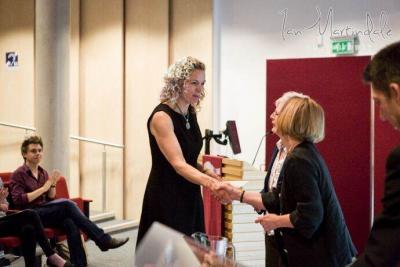