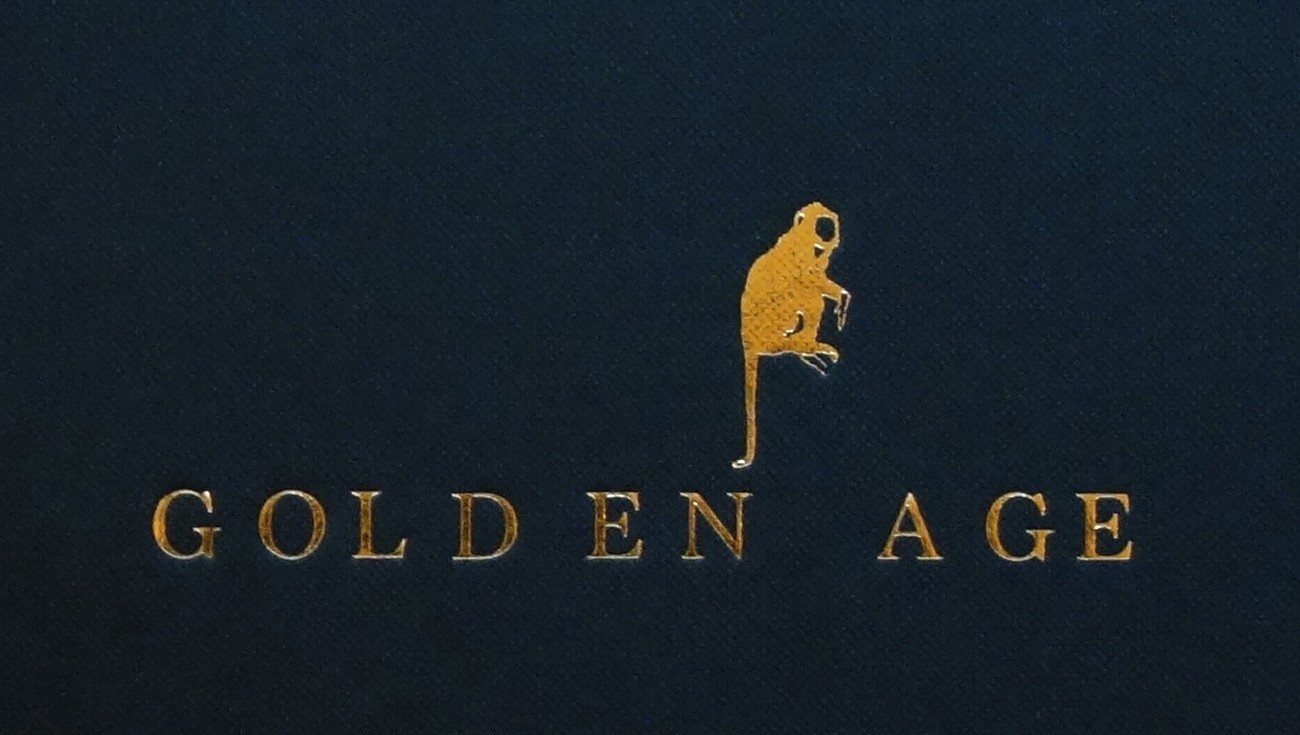 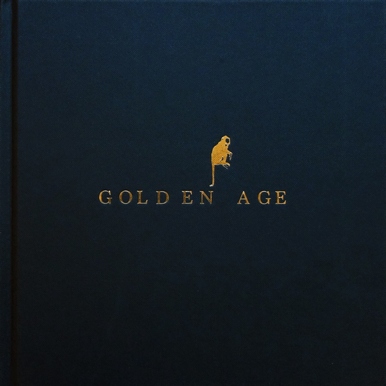 Golden Age: 10 Graphite Works Relating to Dutch 17th Century Still Life Painting
Christopher Cook, with an essay by Jeanne Nuechterlein
For the exhibition Making a Masterpeice: Bouts and Beyond, 1450-2020, York Art Gallery, 8 October 2019 to 28 January 2020
Published by York Art Gallery, with support from the University of York and University of Plymouth, 2020

Dr Jeanne Nuechterlein (University of York) contributed the essay, entitled ‘All that Glitters…’, that accompanies the ten works of art by internationally renowned artist Christopher Cook, the subject of the book Golden Age.  The works, executed in Cook’s innovative liquid graphite technique (watch Cook at work here), featured in the major exhibition at York Art Gallery, Making a Masterpiece: Bouts and Beyond, 1450-2020, of which Dr Nuechterlein was co-curator. Five works were included in the initial hang of the exhibition and were replaced for the final month by the second set of five, which were directly inspired by works from York Art Gallery’s collection included in the exhibition.

In her essay, Dr Nuechterlein presents the paintings within the context of the exhibition and highlights both their relationship with the seventeenth-century Dutch paintings that inspired them and the moral questions that they raise about then and now.

The book serves not only as a record of Cook’s works in the Making a Masterpeice exhibition but also as a catalogue for the new standalone exhibition of these works, Golden Age: Selected Works by Christopher Cook opening at the Saul Hay Gallery, Manchester, on 7 February 2020.

Golden Age was launched at an event at York Art Gallery on Thursday 16 January 2020, which was also a celebration of a project by students at York College in collaboration with York Art Gallery about marketing the exhibition to younger audiences. 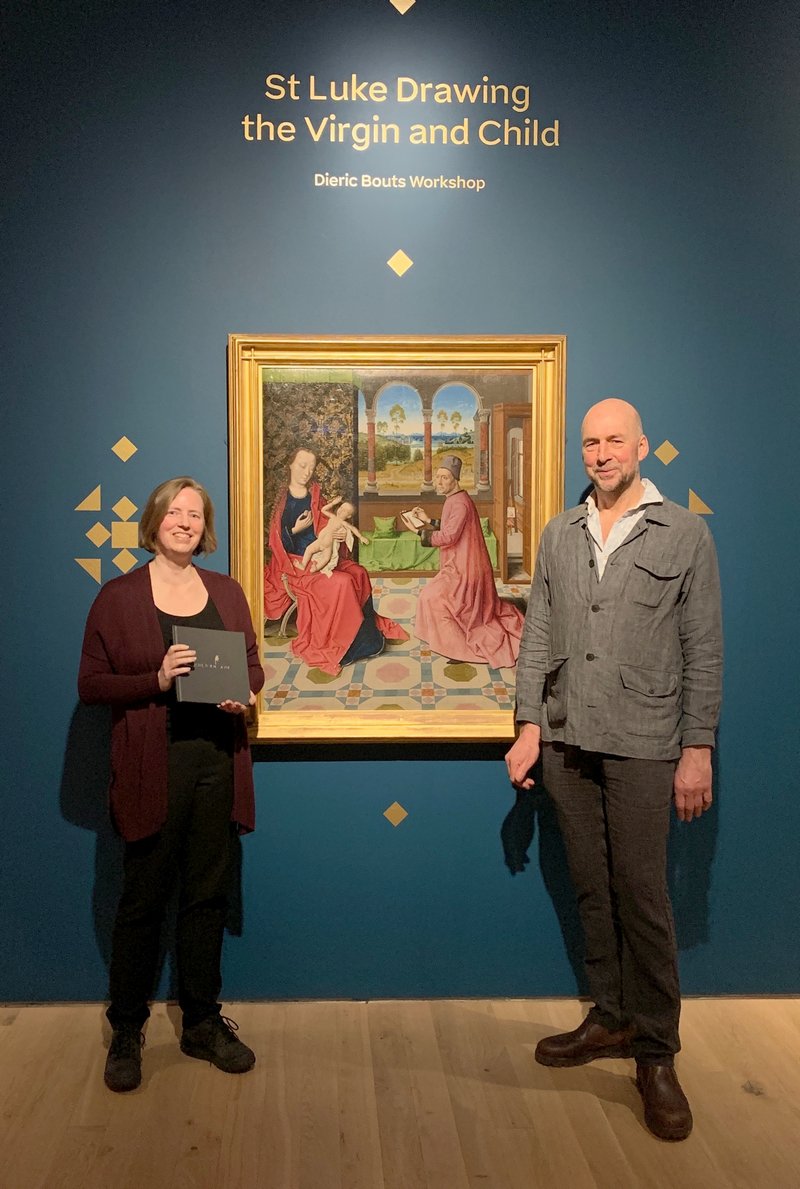 Artist Christopher Cook and Dr Jeanne Nuechterlein at the launch of 'Golden Age', in front of the painting by the Workshop of Derek Bouts (c. 1470-90), 'St Luke Drawing the Virgin and Child' at York Art Gallery's exhibition 'Making a Masterpiece' 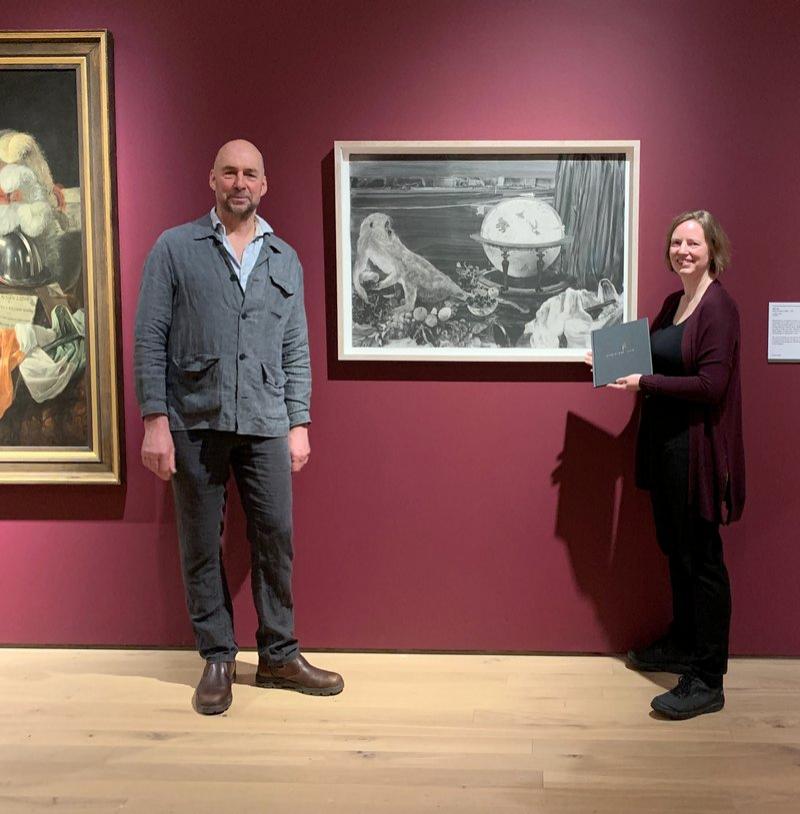