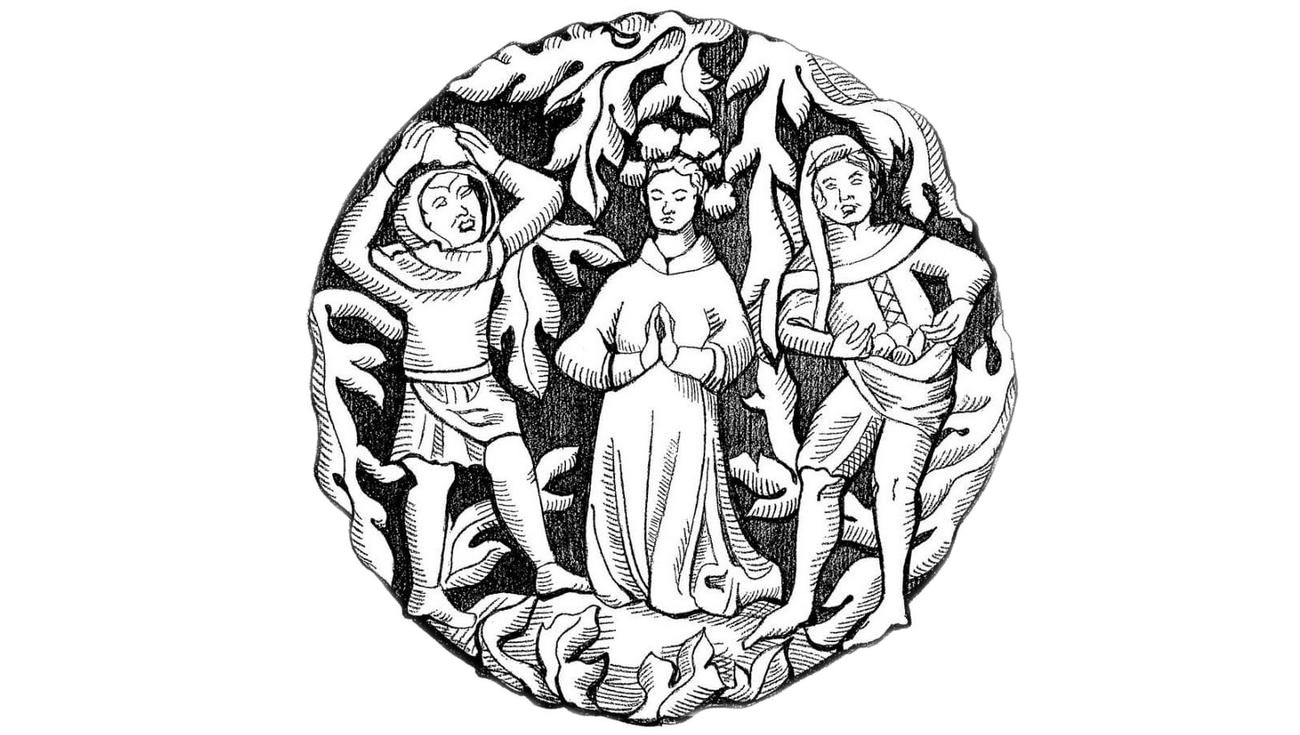 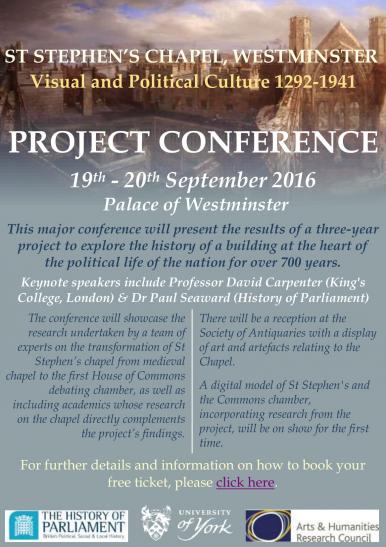 ‘St Stephen’s Chapel, Westminster: Visual and Political Culture 1292-1941’ was a two-day conference convened to present the results of the three-year St Stephen’s Chapel, Westminster research project, a collaboration between the University of York and the Houses of Parliament to explore the history of the chapel, a seminally important building which stood at the heart of political life for over 700 years.  The project was headed by Professor Tim Ayers (Department of History of Art) and Dr John Cooper and Professor Miles Taylor (Department of History), all of whom gave papers at the conference.

The conference was divided into two themes: ‘St Stephen's Chapel and the Medieval Palace of Westminster’ on the first day and ‘St Stephen’s and Parliament’ on the second. The research findings presented explored the medieval origins and architectural evolution of St Stephen’s Chapel; its subsequent transformation to the first permanent meeting place for the House of Commons; its later alterations and adaptations to accommodate MPs; through to the building’s destruction by fire in 1834 and its legacy within the Victorian Palace of Westminster.  The programme also included papers from academics whose research on the chapel directly complemented the project’s findings.  The conference was hosted by Chris Bryant MP, who gave the Welcome, and the keynote speakers were Professor David Carpenter (King’s College, London) and Dr Paul Seaward (History of Parliament).

Two important outcomes of the research project were launched at the conference: A digital model of St Stephen's and the Commons chamber, incorporating research from the project, was on show for the first time, and can now be accessed on the Virtual St Stephen's pages of the project website. There was also a demonstration of an acoustic reconstruction of the historic House of Commons chamber, developed by Dr Catriona Cooper (Centre for Digital Heritage, University of York) in collaboration with the Audio Lab at the University of York.

A reception was held at the Society of Antiquaries of London, Burlington House, with a display of art and artefacts relating to the Chapel; and the conference ended with a tour of St Stephen’s Hall and St Mary Undercroft (formerly the lower chapel of St Stephen’s), as well as St Stephen's cloister, led by Dr Mark Collins (Estates Archivist & Historian, Houses of Parliament), by kind permission of Black Rod.

As well as 22 speakers, 146 delegates attended the conference, including parliamentary staff and members of the public. The conference was filmed by BBC Parliament and the Twitter hashtag #VSSConf was buzzing throughout.