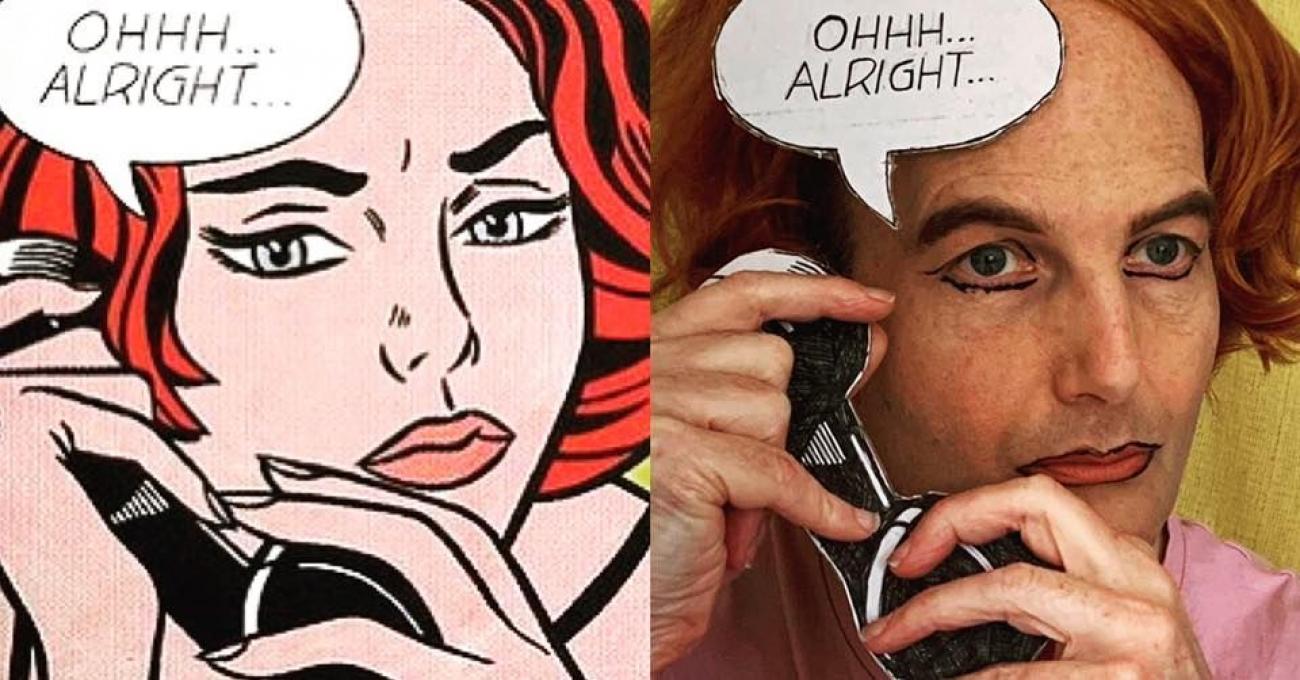 Throughout the coronavirus lockdown, we have been entertained and amazed, as well as ‘amused’ (see Picture 2, below) by the fruits of History of Art’s very own Professor Michael White’s take on the #tussenkunstenquarantaine challenge.  In case you have been so cut off that you missed it, #tussenkunstenquarantaine (literally, ‘between art and quarantine’) started as a challenge from a Dutch Instagram account to post a photo (no touching up) of a favourite/famous artwork recreated at home, using items/family/pets/anything to hand.  It has also been taken up in a big way by the Getty (#gettyartchallenge) and other collections around the world.

Professor White’s carefully curated collection focused on an international array of modern art.  Sadly, he has finished now (for the time being?), so we thought we’d gather all the photographs together here in one place for continued enjoyment, along with the bonus feature ‘Making of…’ video.  And the reconstructions were clearly a family effort, so a shout out must also go to Renni Prelle and Jana Prelle-White.

The artworks were, in order of appearance:

Here, now, are Professor White’s re-imaginings, along with their original captions.  Be inspired – there’s still time to take part! 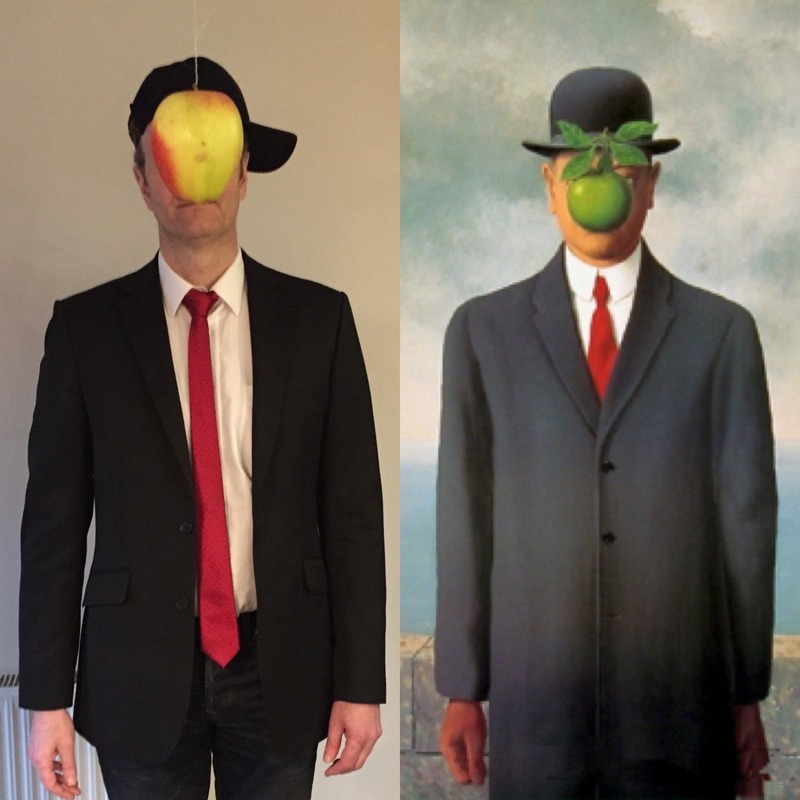 Caption: 1 April – Leading by example, our Head of Department is getting involved in #tussenkunstenquarantaine Hope you’re inspired to recreate a famous work of art too! (Prof. White is Magritte's Son of Man) 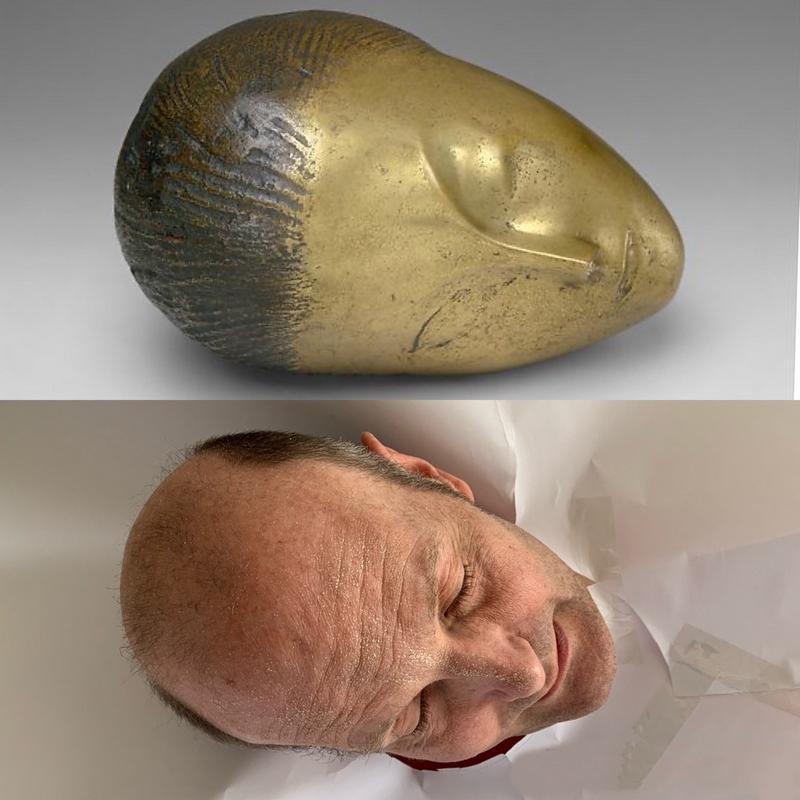 6 April – Professor White has been working hard to brighten up Monday with his latest attempt at the #tussenkunstenquarantaine challenge! He said he is hoping to a’muse’ with his representation of Constantin Brancusi’s ‘Sleeping Muse’ 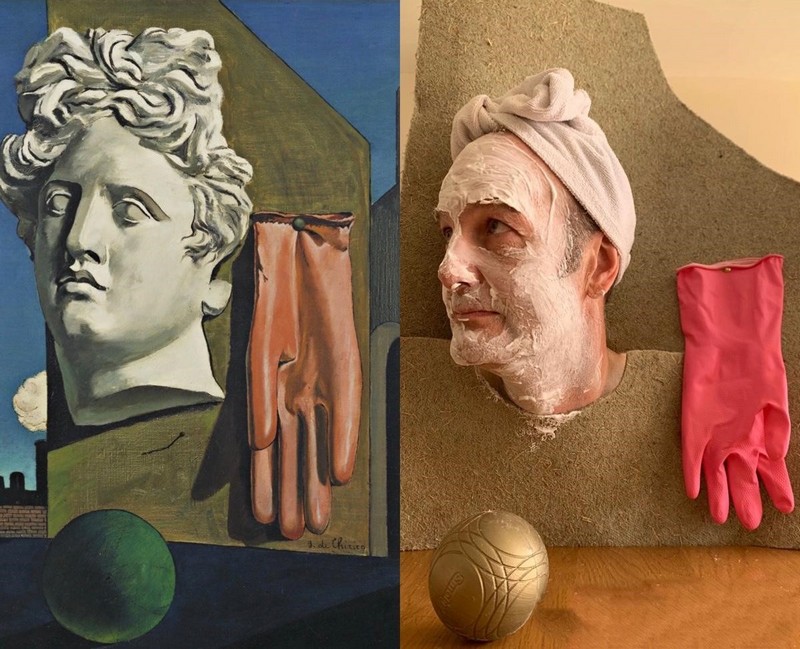 17 April – Professor Michael White has been at it again! Happy Friday everyone! (‘Il Canto d’Amore’ by Giorgio de Chirico 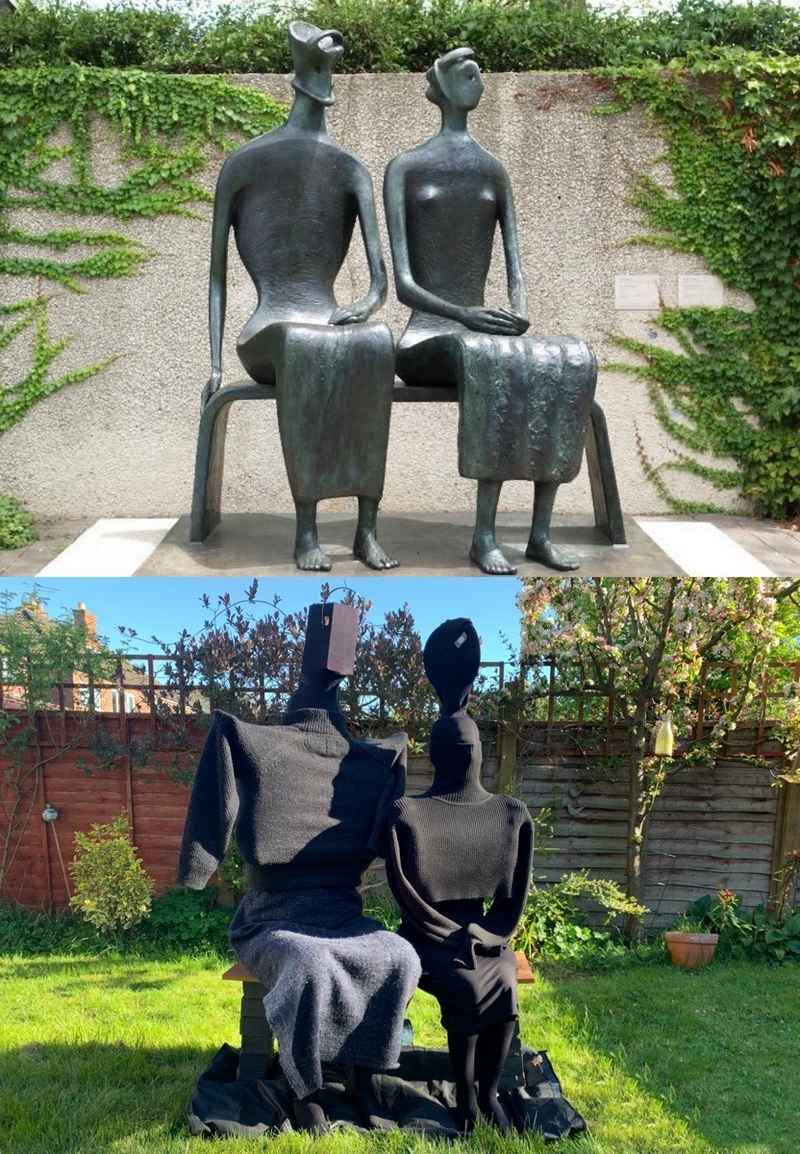 24 April – Prof Michael White’s fans will recognise him on the left of this interpretation of Henry Moore’s ‘King and Queen’. Happy Friday everyone! 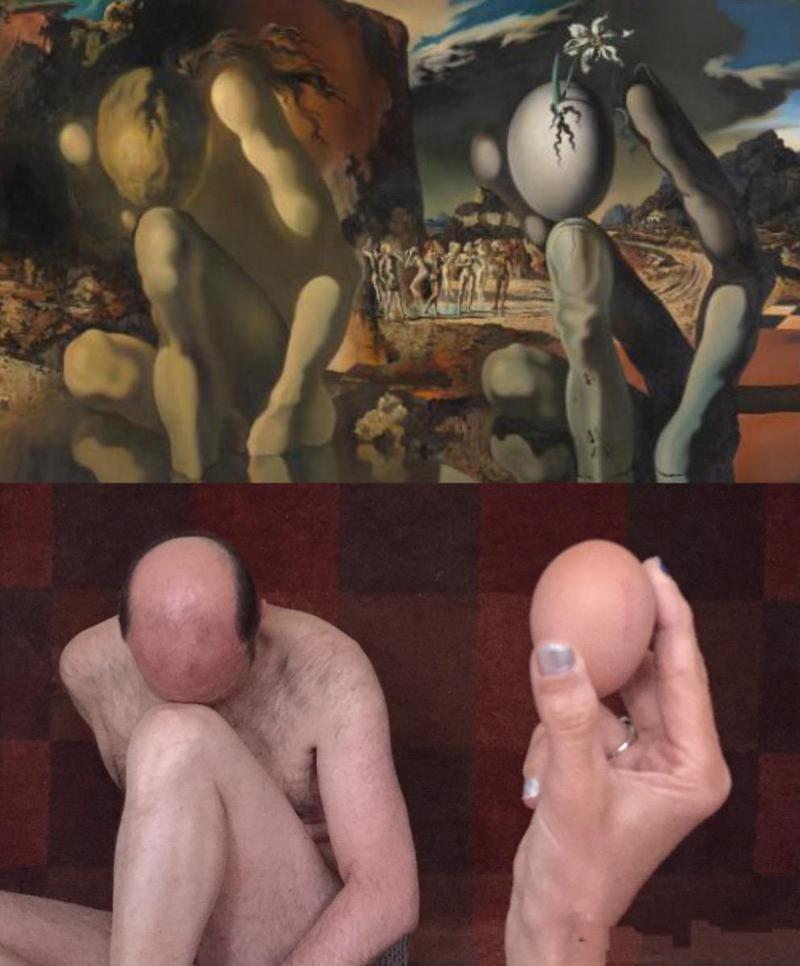 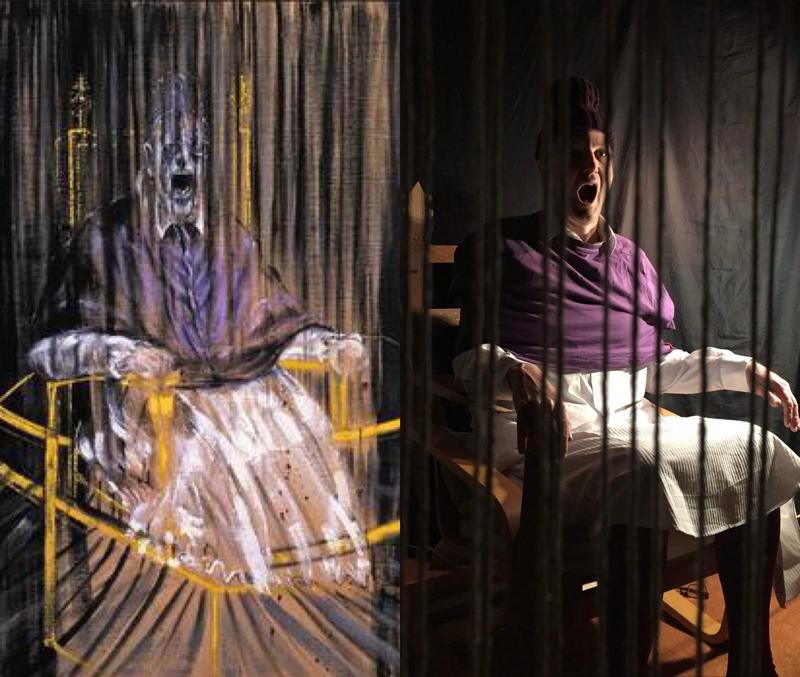 7 May – Has Prof Michael White captured that lockdown feeling in his latest attempt at the #betweenartandquarantine challenge?? Study after Velázquez’s Portrait of Pope Innocent X by Francis Bacon 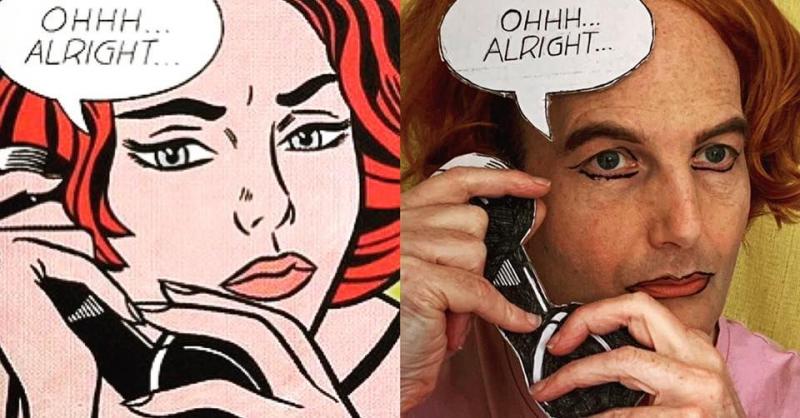 22 May – Ohhh... Alright... we know you want more #betweenartandquarantine recreations from Prof Michael White and we aim to please! Roy Lichtenstein's 'Ohhh...Alright...', was previously owned by comedian Steve Martin and then record producer Steve Wynn before being sold at Christies in 2010 for a lot of money! Happy Friday everyone

1 June – He’s back! It’s a family affair this time, with a nod of thanks to Prof White’s creative assistants (his wife and daughter) who are included in the image: ‘My Parents and Myself’ by David Hockney, 1975 (Tate). This is Michael’s penultimate reconstruction sadly, but he’d love to hear guesses or requests for the finale! What do you think it will be, or what would you like to see him attempt? 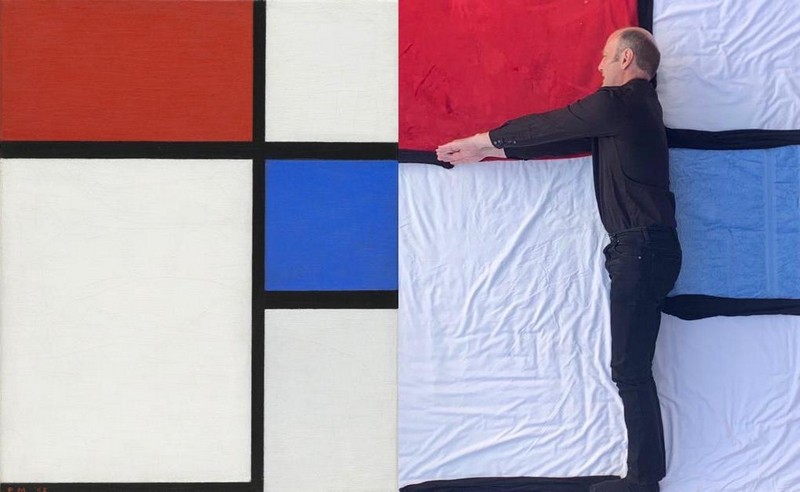 19 June – It’s the last day of term! It’s also sadly the last of Prof Michael White’s art at home reconstructions. We should have guessed that for his finale he would turn to Mondrian! Here is Michael plunging into ‘Composition no II, with Red and Blue’, 1929, from the Museum of Modern Art, New York. Have a wonderful weekend everyone