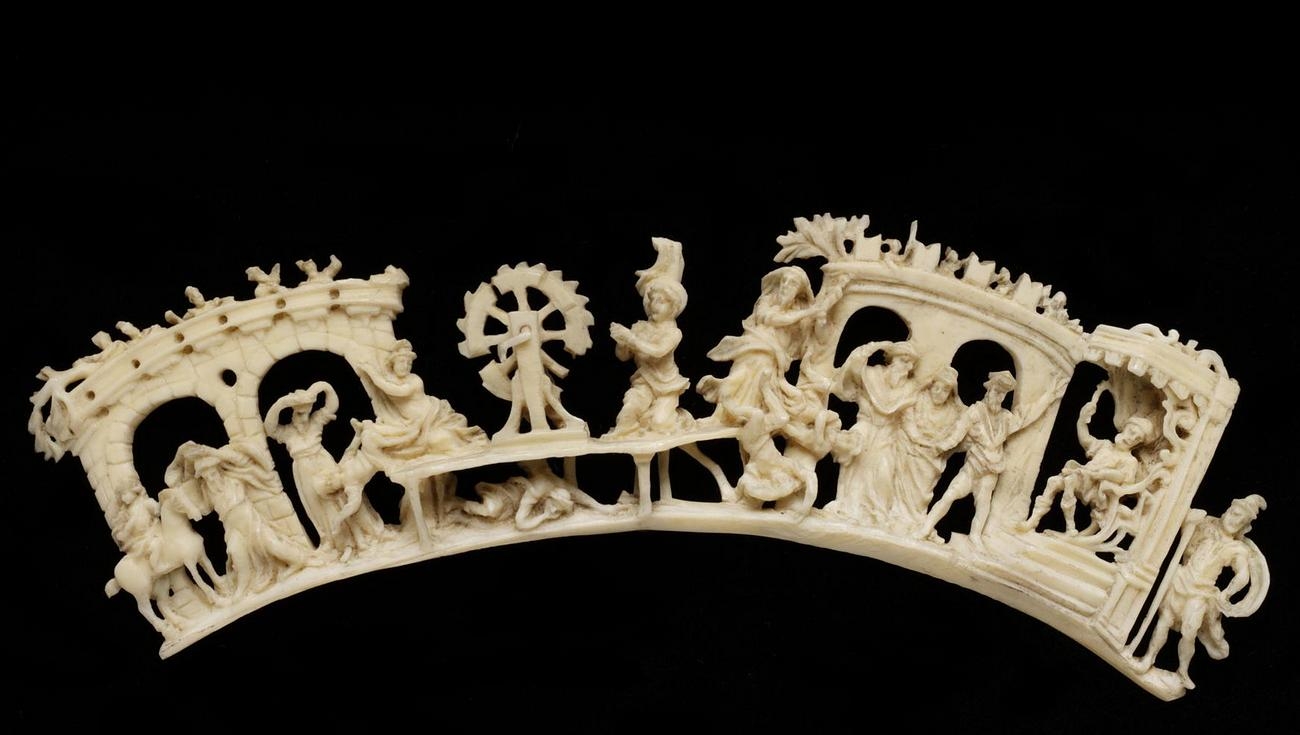 "The V&A has over 500 baroque and later ivories, ranging in quality from outstanding masterpieces to minor decorative items, and even fakes. My job for the last few years has been to catalogue every ivory sculpture made after 1550 from a collection comprising German, Austrian, Netherlandish, British, French, Italian, Scandinavian, Russian and Spanish pieces, as well as examples from the Philippines, Goa, Sri Lanka and South America. The gamut of types of objects is extensive too: statuettes, reliefs, tankards, boxes, cabinets, snuffrasps, sun dials and cutlery handles are all represented.

These small-scale sculptures might render dramatic scenes from mythology, present exquisitely carved portrait likenesses on a small scale, or depict religious narratives. I will be talking about how one approaches this collection, and what it can reveal about the history of ivory sculpture, as well as the formation of the Museum's holdings of such ivories, which are arguably amongst the finest anywhere." 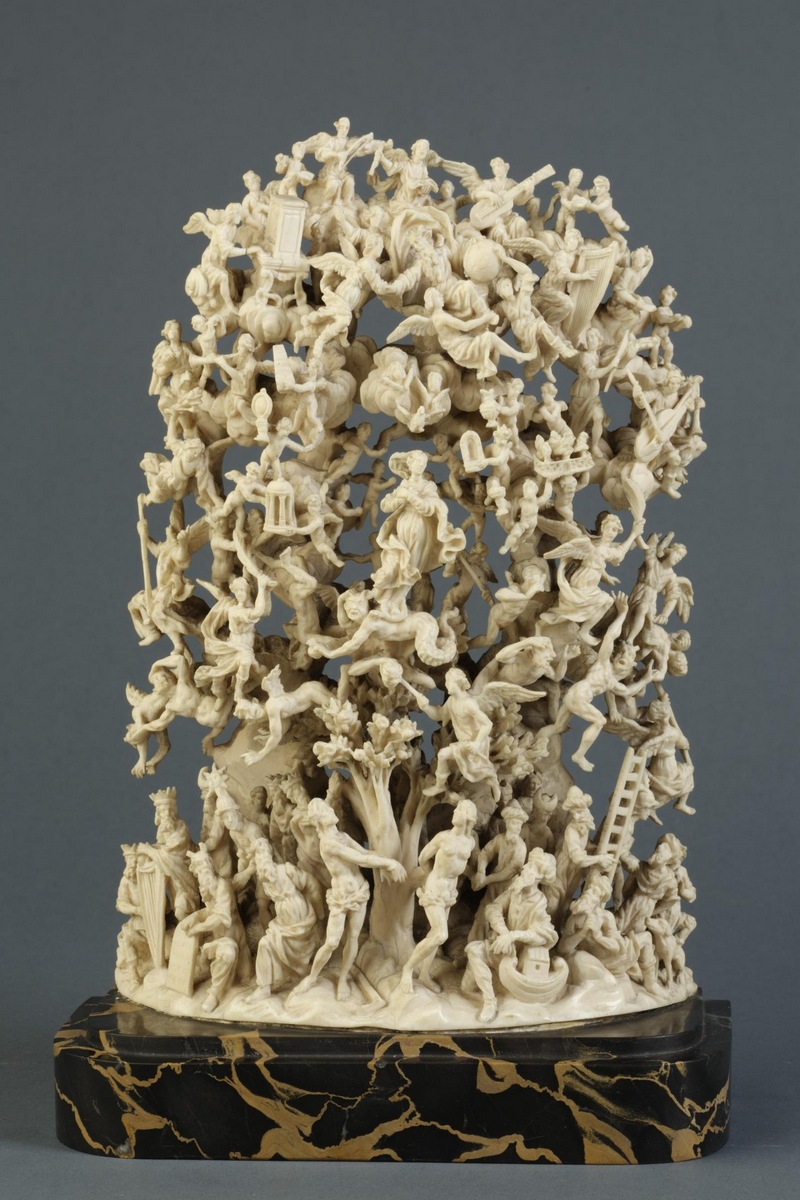 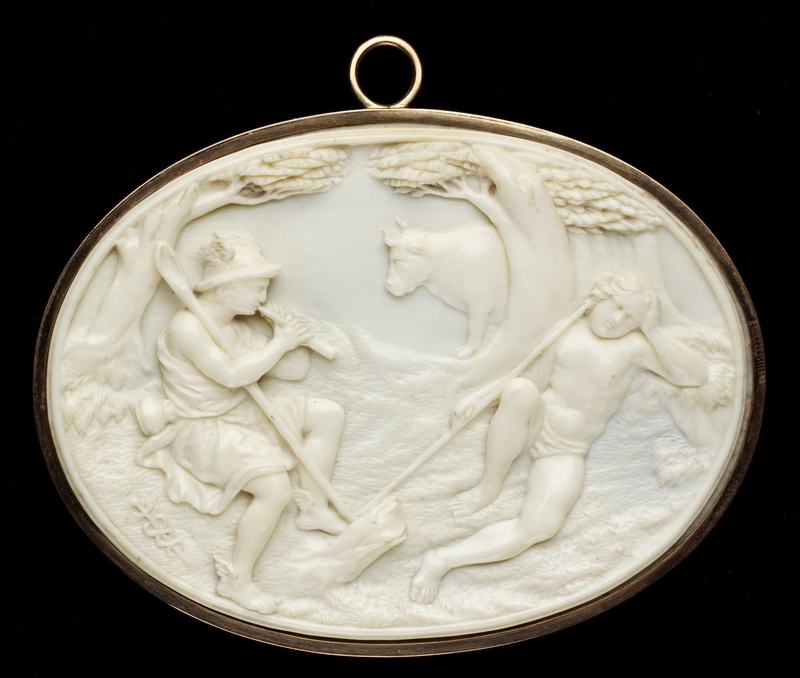 Mercury and Argus, Netherlands 1775, ivory relief framed in a gold rim with ring at top, ©Victoria and Albert Museum, London 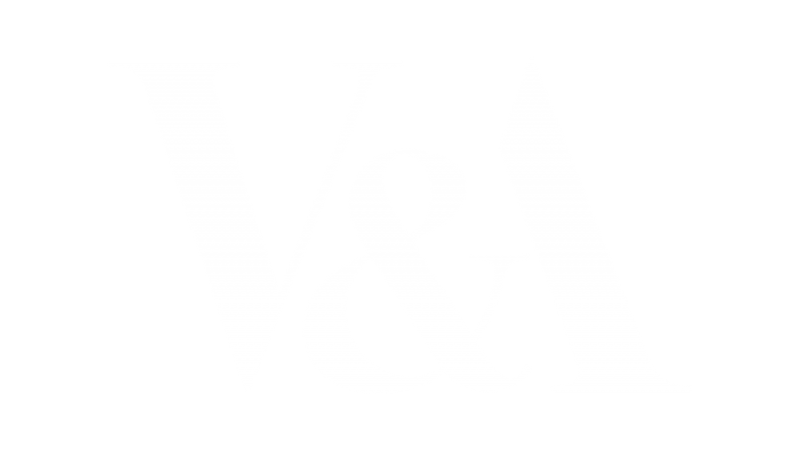