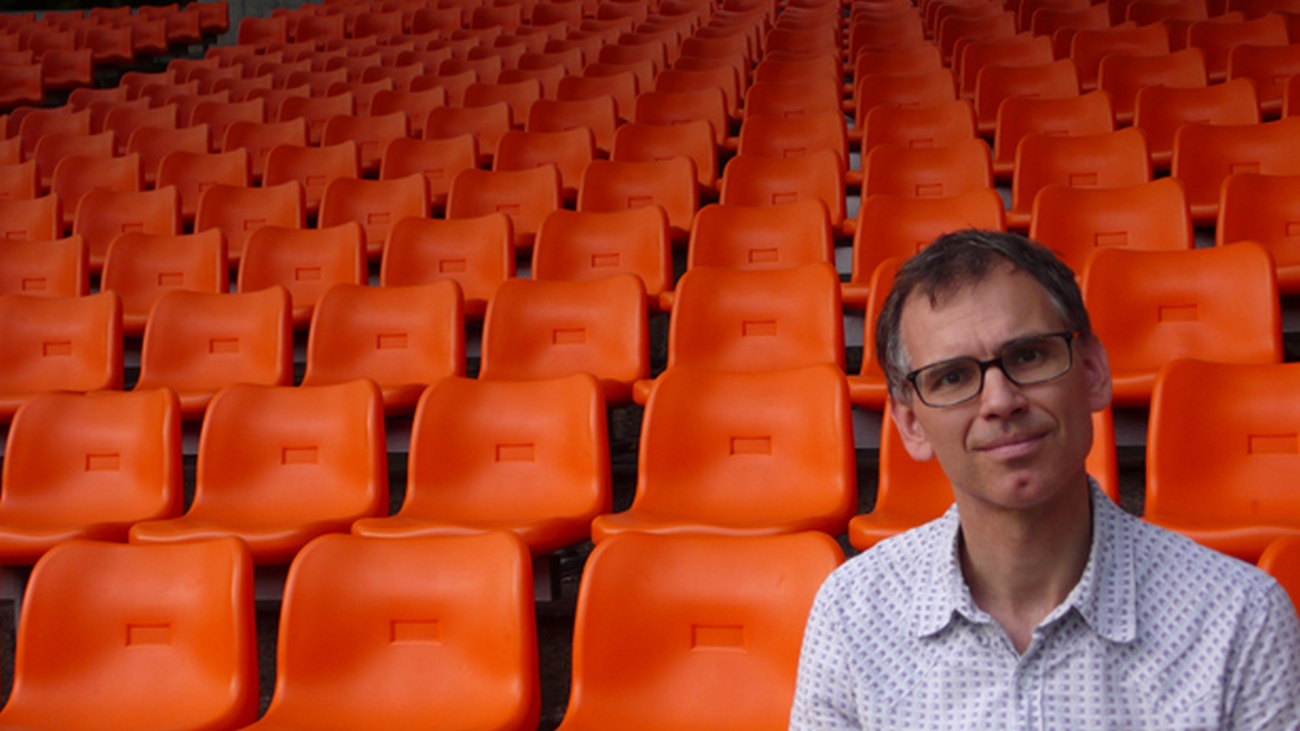 Dr Daniel Marko, Convenor of Public Programmes at Tate Modern and Tate Britain, gave a seminar in York on 9 May 2016 on ‘The 8th Shenzhen Sculpture Biennale: We Have Never Participated’, of which Dr Marko was senior curator.

Posters for the 8th Shenzhen Sculpture Biennale: We Have Never Participated (2014)

Held in 2014 at OCAT (OCT Contemporary Art Terminal) in Shenzhen, China, and spilling out into the local area of OCT East (Overseas Chinese Town East), the 8th Shenzhen Sculpture Biennale took its lead from the notion of social sculpture. Originally developed by Joseph Beuys (1921-86), it expands the concept of sculpture beyond material objects into social relations. His challenge to build a ‘social organism as a work of art’ is one of the sources of relational and participatory art.

In recent years, ‘participation’ has become an umbrella term for art that solicits various modalities of relationality, collaboration, interaction and engagement from its publics, emphasising situations and encounters over material form and structure. While this way of making art has a long pedigree, going back to the 1960s and beyond, there have also been significant changes, not least in the move of participatory art from a radical and marginal practice to the mainstream of international exhibition projects. In the process of becoming the new orthodoxy it lost many of the associations of Beuys’ utopian belief in the potential of art to bring about revolutionary change or to make radical interventions in the public sphere.

The Biennale focused on a moment in which the act of taking part by the audience is no guarantee of the quality of the work of art: participation is no goal by itself and is neither sufficient nor necessary. The term post-participation thus draws attention not so much to the disappearance of participatory practice but to the fact that it is widely accepted as a given and has become part of the toolset of contemporary art.

At a time when participation is ‘less a novelty and more a banality’ (to appropriate Gene McHugh’s account of Post-Internet art), it becomes all the more important to re-examine its underlying set of assumptions and ideological values. The statement ‘We have never participated’ is a riff on Bruno Latour’s seminal book We Have Never Been Modern (1991). The title refers to different modes of non-participation, from the refusal to take part in an art project where it might merely serve as a trite gesture of conformism, to situations in which there has historically been no tradition of participation and where there is little scope for it as a radical practice in art let alone the public sphere.

Under the sign of post-participation, the works selected for the Biennale elicit subtle levels of involvement, whether by inviting action, reflection, critique or contemplation, based on the free judgment of the viewer. Contemporary and historical works in a wide range of media form the content of the exhibition to frame the history of participatory practice and social research in relation to current artistic practice. The selected artworks use references to everyday occurrences, to modest and neglected aspects of our lives, to seemingly ordinary spaces, structures or architectures as a way of giving aesthetic form to diverse social realities.

The Biennale also included a research station, an installation that combines documentation, archive and library. There was an extensive public programme of talks and events providing a platform for discussion around the theme of the exhibition, involving both participating artists and other invited speakers and participants.