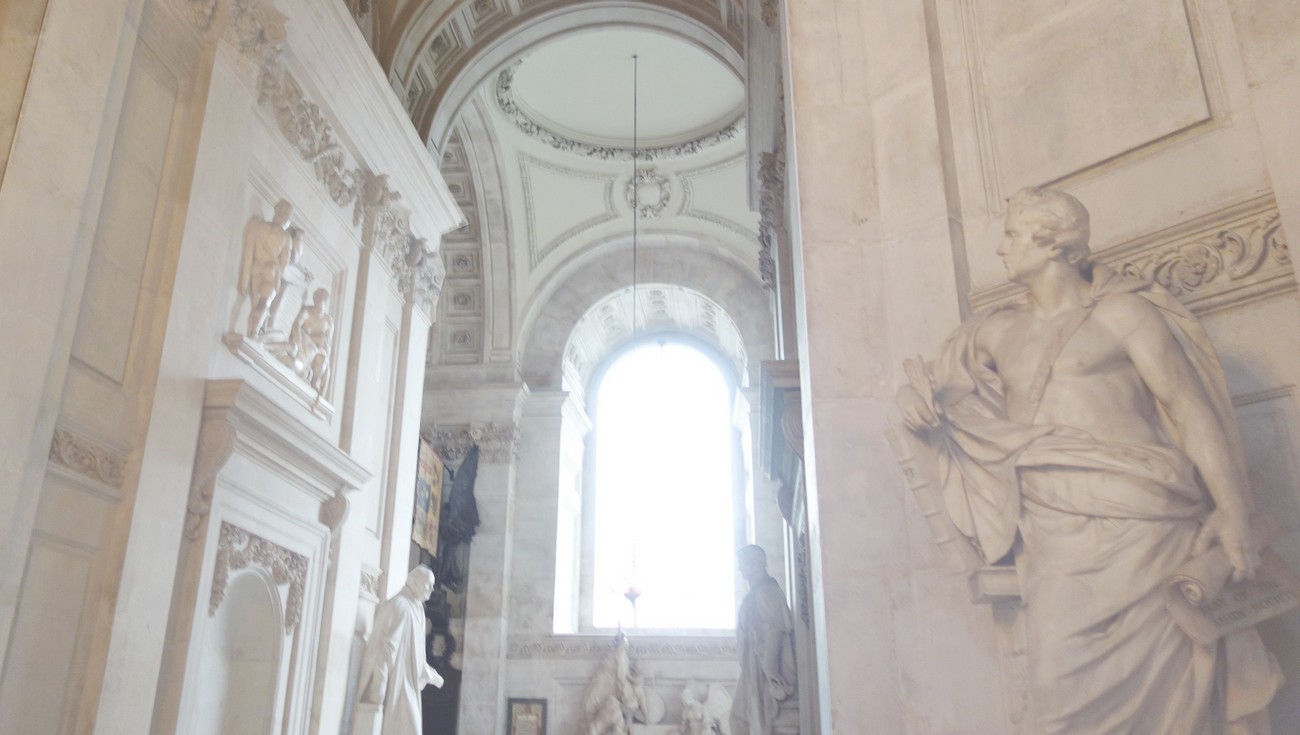 Long-C19 sculptural pantheons have become the subject of significant media & popular interest over the last 5 years in Britain and its former colonies, & across the contemporary US, thanks to debates generated by Black Lives Matter, the Rhodes Must Fall & All Monuments Must Fall movements, & in the wake of the Brexit decision & Trump presidency. These far-reaching debates encourage us to think anew about the single most significant long-C19 British sculptural pantheon, at St Paul's Cathedral.

Including more than 500 monuments by many of the most important artists working in the period, the pantheon depicts some of Regency, Victorian and Edwardian Britain's most significant people, and addresses some of the UK and former empire's most pressing questions, including the status and treatment of slaves, prisoners of war, and native peoples. Unlike the early- to mid-20th-century monuments to confederate soldiers, the St Paul's pantheon is unlikely to be removed in the long term. Seen annually by more than 1.5M global visitors, it urgently needs to be reinterpreted for a diverse national and international public, interested to learn more about the meanings of British art, identity and history, and Britain's place in the world, in the long-19th and early-21st centuries.

With the diverse questions of this changing, multicultural public in mind, Pantheons asks what characterises the pantheon in the period from the arrival of the first monuments in 1795 to the outbreak of WW1? What part does the pantheon play in British, European, and imperial art history in the long nineteenth century, and what does it tell us about the history of Britain as a nation and imperial power in the period between 1796 & 1916? Finally, what is the political status of the pantheon in the first quarter of the 21st century, and how might it be democratically represented to, and understood by, the public?

The project emerges from a sustained partnership between St Paul's and the Department of History of Art at the University of York. It also represents a sequel, in many ways, to the AHRC's former Mapping Sculpture 1851-1951 and Displaying Victorian Sculpture (University of York, Co-Investigator) projects, bringing back together two of the curators of the Sculpture Victorious: Art in an Age of Invention, 1837-1901 exhibition at the Yale Center for British Art and Tate Britain (2014-2015). In so doing, the project seeks to cement sculpture's status as perhaps the key artistic medium for thinking about British national & imperial identity; complementing extant work on colonial landscapes and portraiture; imperial photography; and graphic satire, by exploring the depiction of civic, artistic, and ecclesiastical worthies, as well as imperial and military actions, from the Napoleonic Wars to the Boer War and beyond. In addition, the project seeks to challenge the more canonical status of other national collections of British art, such as Tate Britain and the National Portrait Gallery, by returning attention to the first, and largest, state-sponsored pantheon of British art.

The project will combine new archival and object-based research with an ambitious conceptual, digital, and media agenda that will enable visitors to the cathedral and to its website to explore a new, open-access ground plan of the cathedral complete with all the monuments; to examine, over time, the arrival and concentration of new monuments across the long 19th century in different parts of the cathedral; and to ascertain and map, at any moment and across the period, the precise demographics of the people commemorated as well as the geopolitical reach of the British world. The project will also lead to four articles, an edited collection, and two books, one for the general public and one for scholars, the first for 150 years, concerned with the civic, ecclesiastical, artistic, military and imperial pantheons on display at St Paul's, as well as a new potential documentary for BBC4, hosted by the project's media advisor, Dr. Janina Ramirez.

St Paul's Cathedral is central to Britain's international tourist trade. With its diverse global audience in mind, the project has five non-academic beneficiaries:

Read about our partnership with St Paul's Cathedral