Masterclass – A Decade of Discovery: The Great East Window of York Minster Ten Years On (2018) 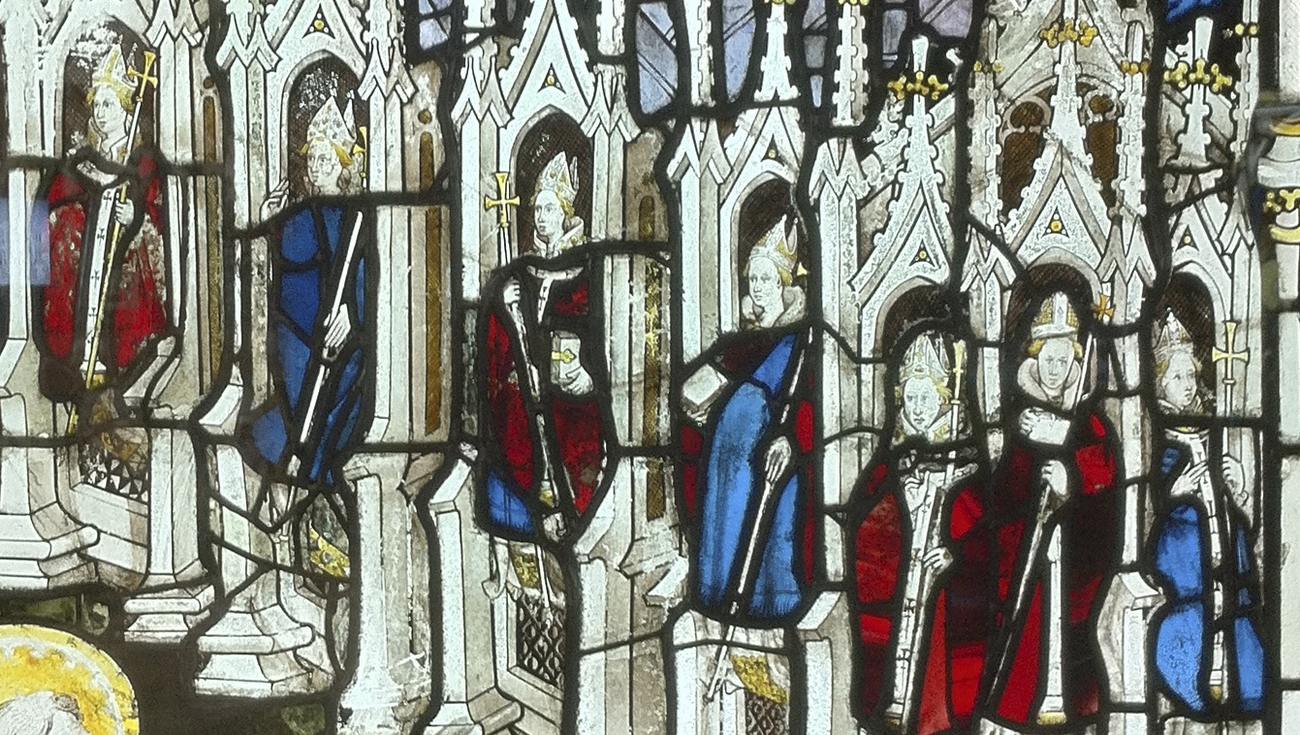 In celebration of the tenth anniversary of the University of York’s MA in Stained Glass Conservation and Heritage Management, the Department of History of Art, in collaboration with the York Glaziers Trust, held a masterclass on Saturday 10 September 2018: 'A Decade of Discovery: The Great East Window of York Minster Ten Years On'.  The theme of the day was the conservation of the Great East Window of York Minster, which had also been the focus of the very first masterclass ten years previously. Following on from the major York Minster Revealed project, completed earlier in 2018, there was much to discuss.

The masterclass brought together a prestigious set of speakers presenting ground-breaking research that arose from the decade spanning the conservation of the Great East window.  It was held in the Huntingdon Room at King’s Manor, University of York, and the day included a visit to see the Great East Window in situ at York Minster.

Professor Nigel Morgan (University of Cambridge): ‘The East Window: Old Testament Scenes, the Apocalypse and the Ages of the World’

Professor Richard Marks (Universities of York and Cambridge): ‘The Work of the East Window Advisory Group’, 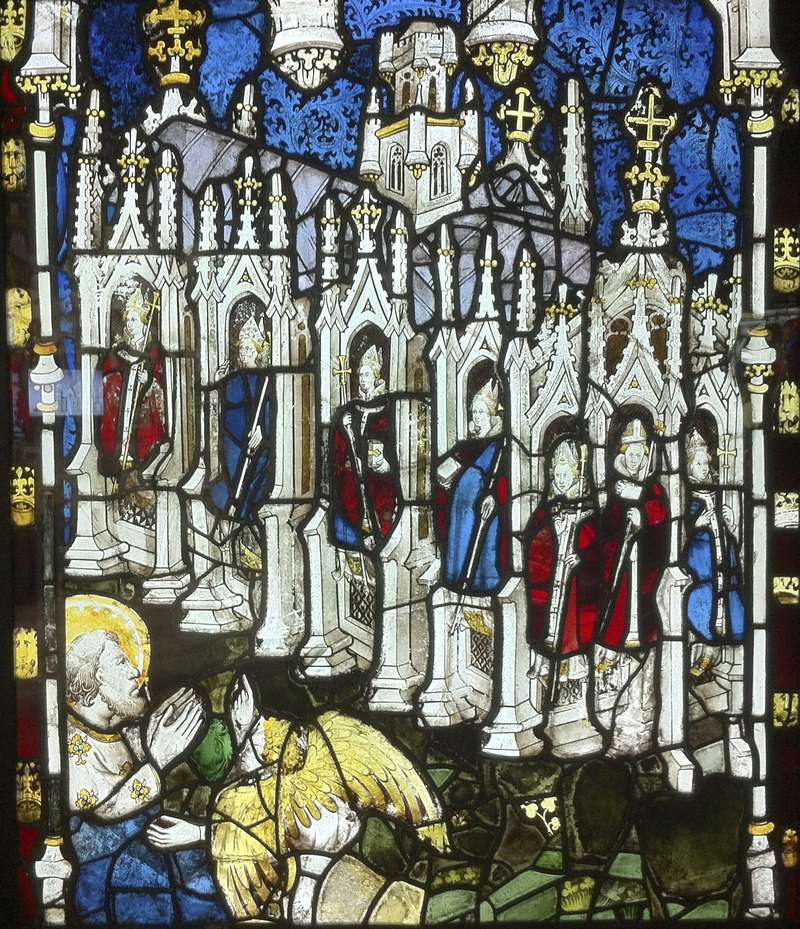 Panel from the Great East window, York Minster: St John instructed by a angel to write to the seven churches of Asia (Revelations 1:11). Photo (adapted): Andrewrabbot, reproduced under CCBY-SA 3.0, bit.ly/2KX6ixR 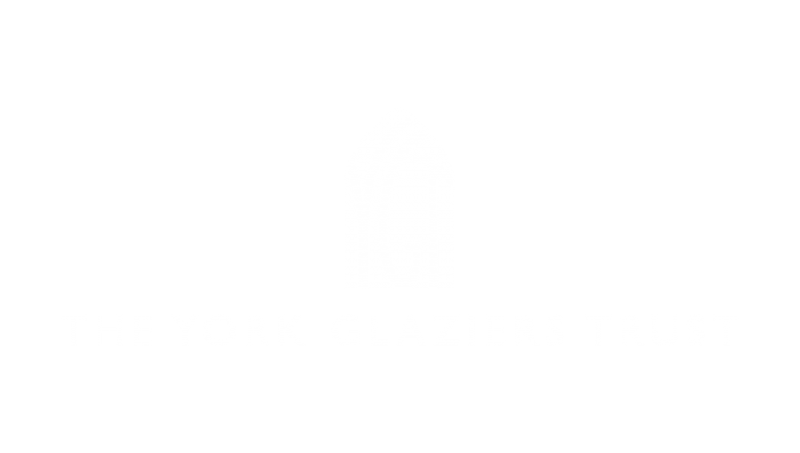