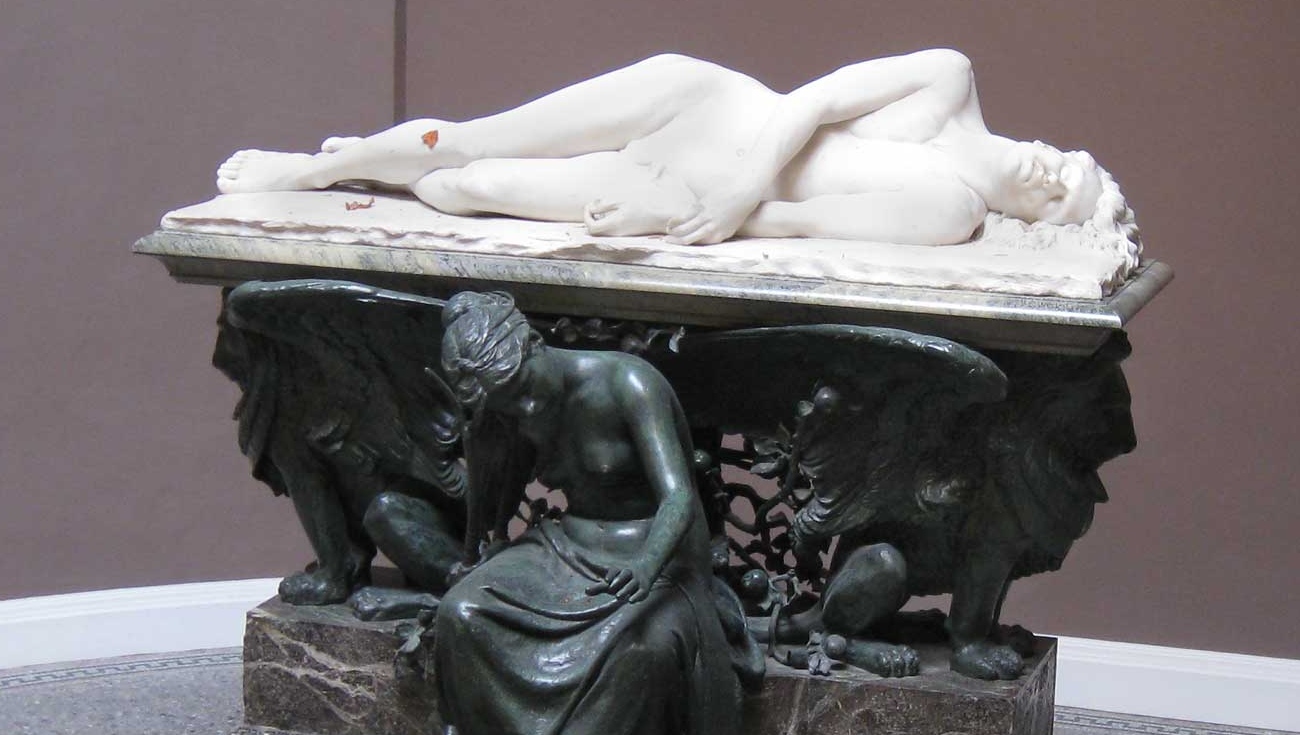 The display ‘‘The Drowned Man’: Edward Onslow Ford’s Monument to Percy Shelley 1893’ was shown in the library at the Henry Moore Institute during 2013. It was created from archival material held at the Institute by University of York PhD student Rebecca Senior, during a work placement as a Research Library Trainee.

The display was funded through the AHRC grant Displaying Victorian Sculpture.

'Since its unveiling in 1893, Edward Onslow Ford’s memorial to Percy Shelley has been met with equal amounts of derision and praise.  The awkwardly corpulent body of the drowned poet, which lays flaccid on a pedestal of Roman bronze, is arguably the sculptor’s most powerful figurative work. Victorian critics however, struggled to reconcile Ford’s faithful rendering of the corpse with the popular naturalism of the New Sculpture Movement. Art critic Edmund Gosse (1849-1928), who first coined the term in his 1892 essay for The Art Journal, described the style of New Sculpture as a careful remodelling of nature, and praised sculptors such as Alfred Gilbert (1854-1934) and George Frampton (1860-1928), in their efforts to unify figurative sculpture under the principles of truth and harmony.

'Ford’s position within the movement is complex and often contested. The graphic depiction of Shelley’s body washed up on the beach at Viareggio marked a dramatic departure from the principles of New Sculpture towards realism. His loyalty to the visceral body can be similarly seen in ‘Echo’ (1895), made in the same period, where the figure’s exposed ribs and supine posture blur boundaries between materiality, subject and life-model. When confronted by such highly individualised sculpted bodies early critics, such as Gosse and Claude Phillips (1846-1924), did not see these works as celebrating the imaginative potential of sculpture, rather they regarded them as mere replicas of the model’s body and, in the case of the ‘Shelley Memorial’, nothing more than the portrait of a corpse or drowned man.'