The conference was held in the Sainsbury Wing Theatre at the National Gallery on Friday 19 - Saturday 20 June 2015.  The keynote speaker was Professor Emeritus James R. Banker (North Caroline State University), with the paper ‘Piero della Francesca: A Life of Design and Proportion’. Professor Lille's paper was part of the panel on Piero's Architecture; see the full conference programme.

The role of design (disegno) is fundamental to understanding the working practice of Piero della Francesca. While none of his works on paper survives, research conducted in the past decade by the Opificio delle Pietre Dure and the Sherman Fairchild Paintings Conservation Center at the Metropolitan Museum of Art has revealed Piero’s obsessive working and reworking of compositions. Disegno, in the period sense of the term, was also a problem-solving tool, a catalyst for invention, and an effective means of communication.

Problems raised by Piero’s earliest known work, the Baptism (National Gallery, London), which was part of the San Giovanni d’Afra triptych (Museo Civico, Sansepolcro), introduce the practical and conceptual implications of Piero’s approach to disegno and will serve to open this conference.  The following sessions will be dedicated to the composition of his frescoes, the role of underdrawings in his paintings, the use of geometrical figures in his mathematical treatises, and the transmission of his style. 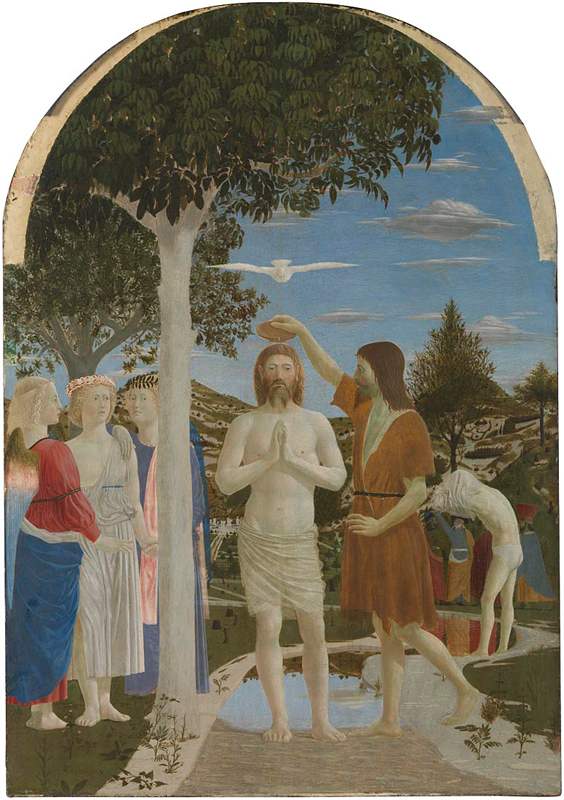