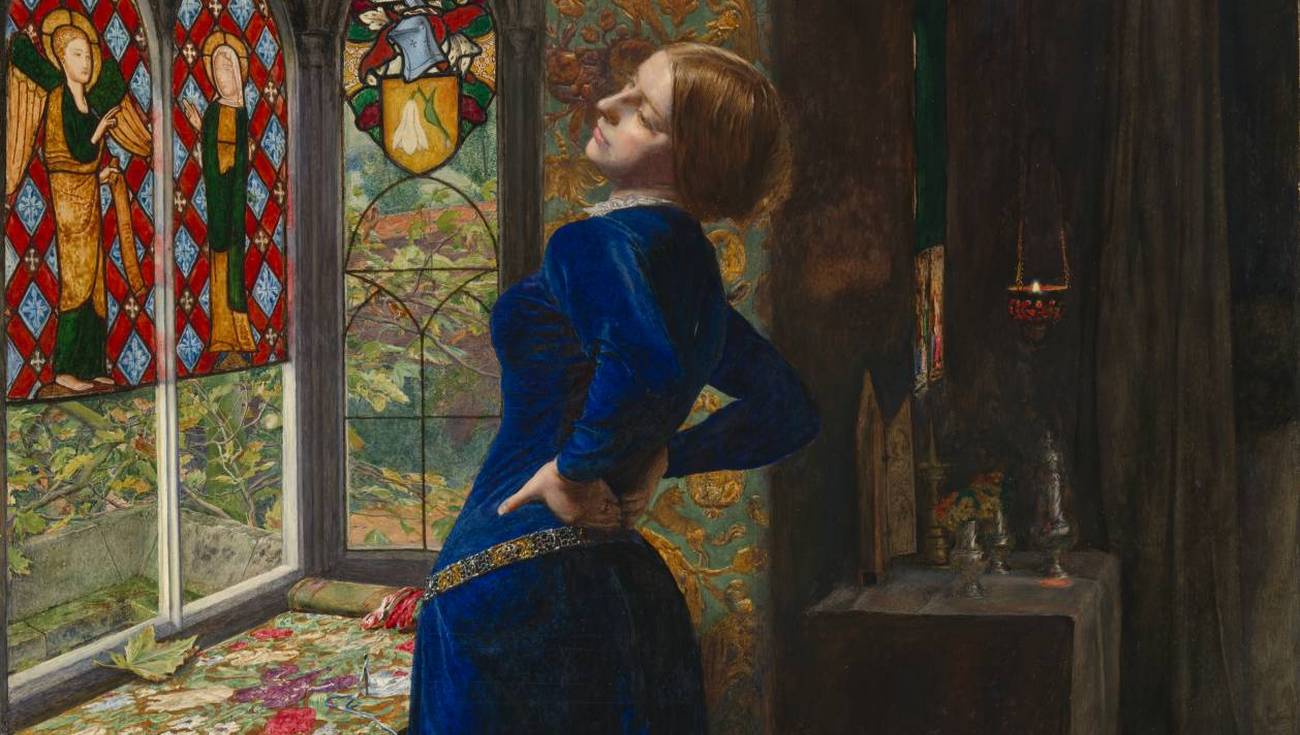 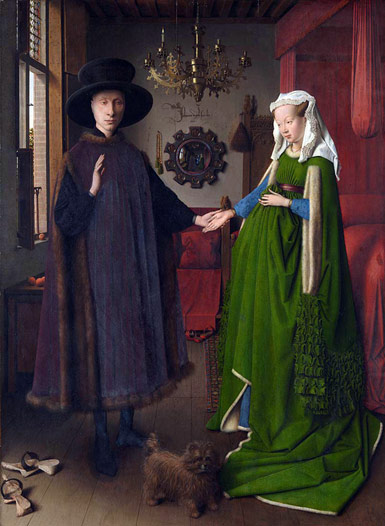 Acquired by the National Gallery in 1842, Jan van Eyck’s Arnolfini Portrait (1434) with its rich colours, precise detail, and enigmatic symbolism had a profound and lasting impact upon the young Pre-Raphaelite artists who banded together six years later to challenge the art establishment of the day. Fascination with Van Eyck’s painting persisted in artistic circles and the public imagination alike, and the Arnolfini Portrait came to achieve almost cult-like status in the ongoing discussions around the art-historical canon. Van Eyck’s potent influence on the avant-garde painting of the P.R.B. initiated a transhistorical visual dialogue whose ramifications can be traced throughout the development of the Pre-Raphaelite movement and beyond.

The conference explored the complexities of the relationship between Van Eyck and the Pre-Raphaelites, and the influence of the Arnolfini Portrait since its acquisition by the National Gallery.

Maria Rosa Figueiredo (Calouste Gulbenkian Museum, Lisbon): '"Beyond the Mirror’" An Exhibition with Mirrors in Mind'

Panel 2: Eastlake, the Pre-Raphaelites, and the Renaissance
Chair: Charles Martindale (University of Bristol)

This paper discussed Ford Madox Brown’s engagement with the art of the Northern Renaissance, including manuscript sources and the work of van Eyck, as well as his memorable early trip to see works by Holbein in Basel. It concluded with thoughts about how this Northern European ideal served him throughout his life, even in the Manchester Town Hall murals – a northern masterpiece.

Debra Phillips (Australian Catholic University): 'With This Shoe, I Thee Wed: Interpreting the Symbol of the Shoe as a Transaction Confirmation in Van Eyck’s Arnolfini Portrait'

Georgios Miliaras (University of Edinburgh): 'Out the Window: From the Apples of Paradise to Still Life; The American Pre-Raphaelites'

Christin Neubauer and Charlotte Hone (University of York): 'The Pre-Raphaelite Re-interpretation of Van Eyck’s Paternoster in the Arnolfini Portrait as a Symbolisation of Victorian Gender Constructions

Marjorie Coughlan (University of York): 'The Art of Photography and the Photography of Art: Victorian and Contemporary Exploitation of the Tableau Vivant'

Cordula Grewe (Indiana University): 'Medievalism’s Crusade, or, The Birth of Modern Art from the Spirit of the Old Masters

In 1800, debates about style were more than quibbles about questions of taste. Style was politics. Nobody was more conscious about this than the group of six young artists who in 1809 founded the first influential secession in modern art history, the Brotherhood of St. Luke. Their emulation of the old master was driven by a desire to fight the forces of secularization, to re-enchant contemporary society and thus, in their eyes, replace decadence and the threats of industrialization with a faith- and community-based social system which was hierarchical but just and caring. In this sense, not only style but religion itself was politics. Once relocated to Rome in 1810, the fraternity soon became the centre of a much larger movement, the Nazarenes. The Pre-Raphaelites were one of many who soon followed in their footsteps.

This paper explored the significant notions of a politics of style espoused by this self-declared avant-garde, which pursued the revival of the past as a means to regenerate simultaneously modern culture and modern art. In so doing, it examined the channels of international transfer, and looked at continuities and changes in the crossover from one nation to another, from Germany to England, concluding with proof of the reception of Philipp Veit as the basis for William Holman Hunt’s most famous painting, The Light of the World.

The conference was supported by Flanders House, London. 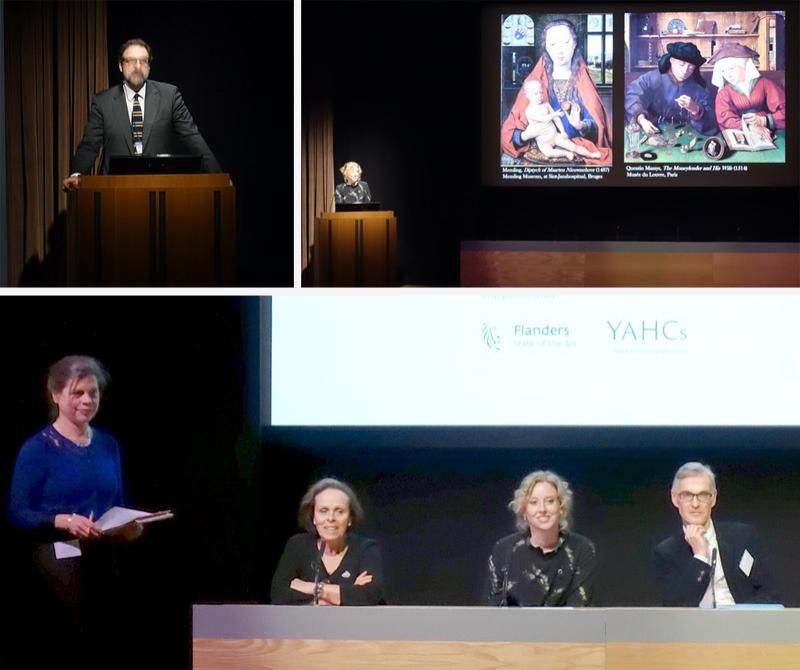 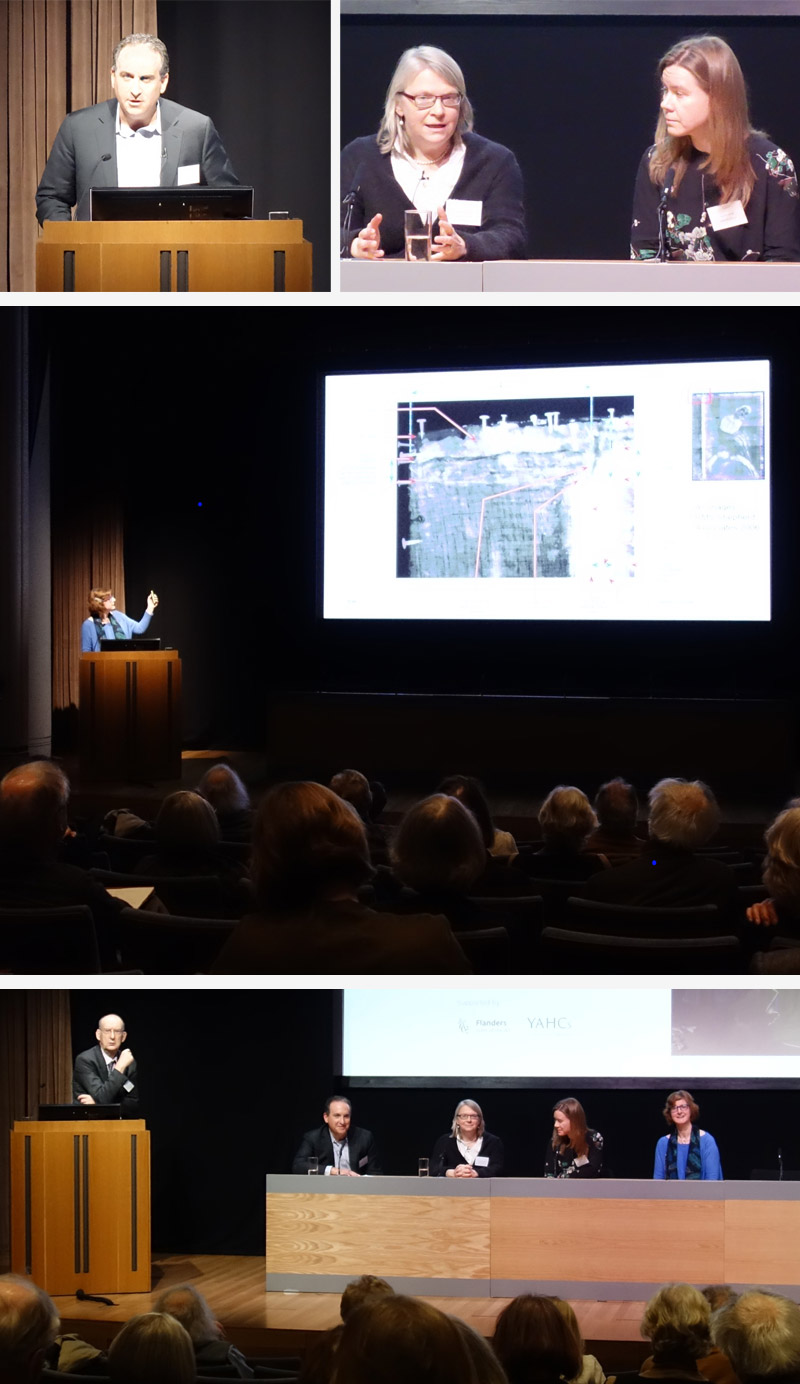 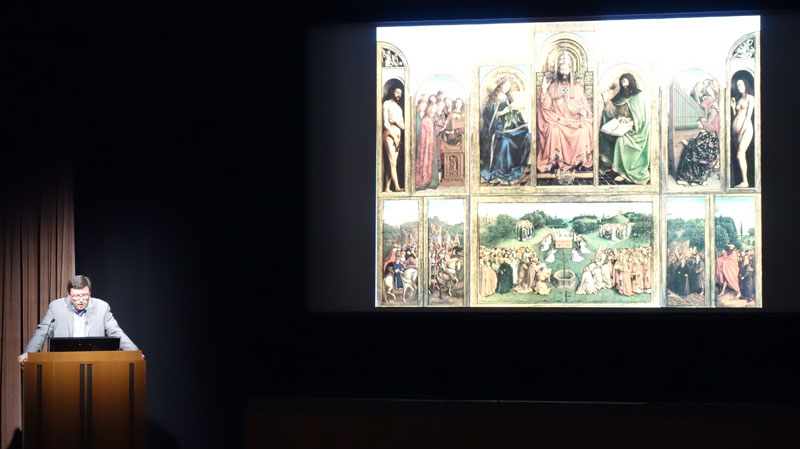 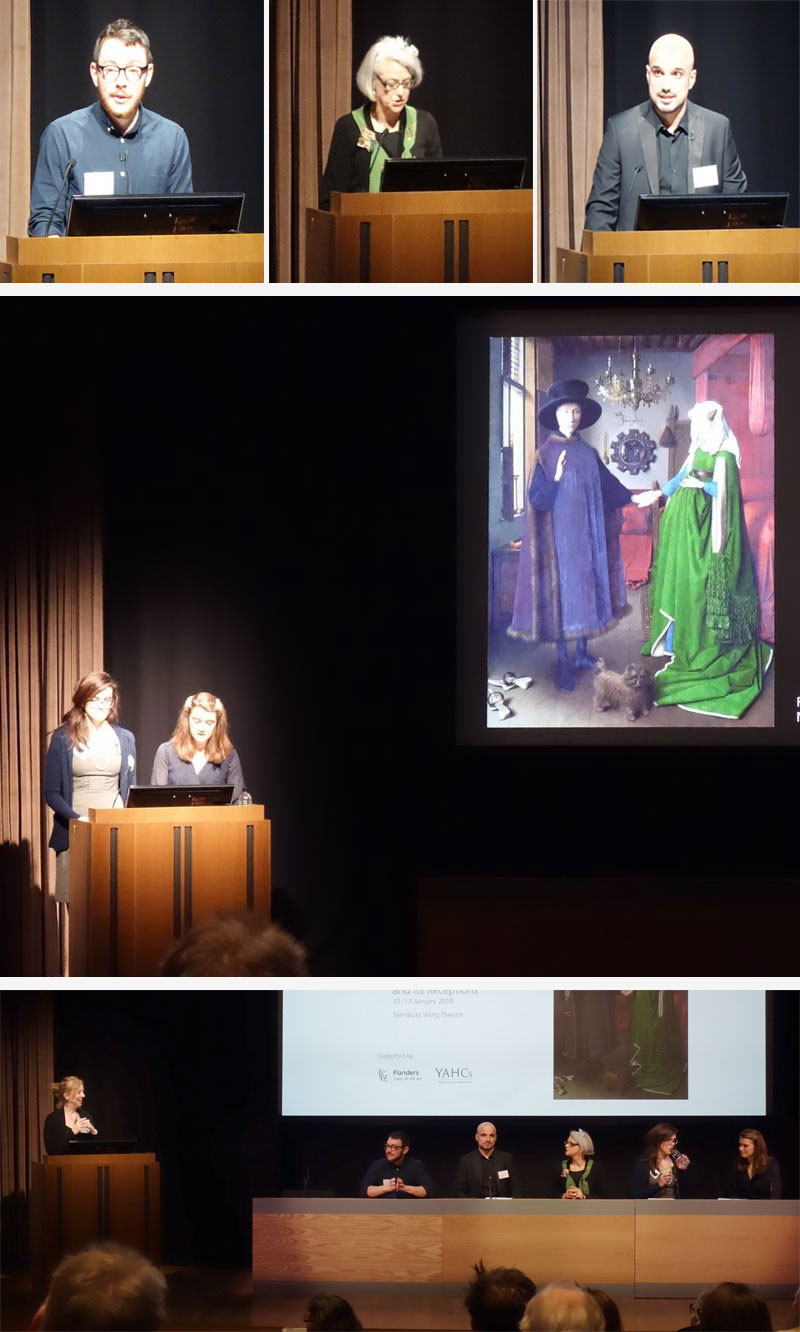 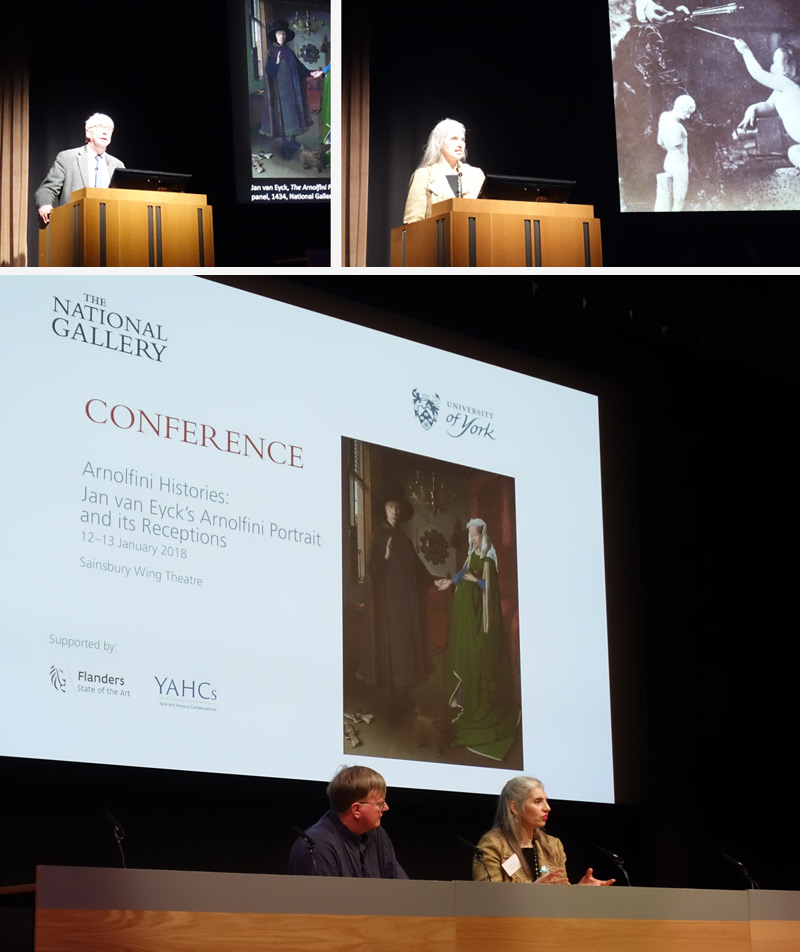 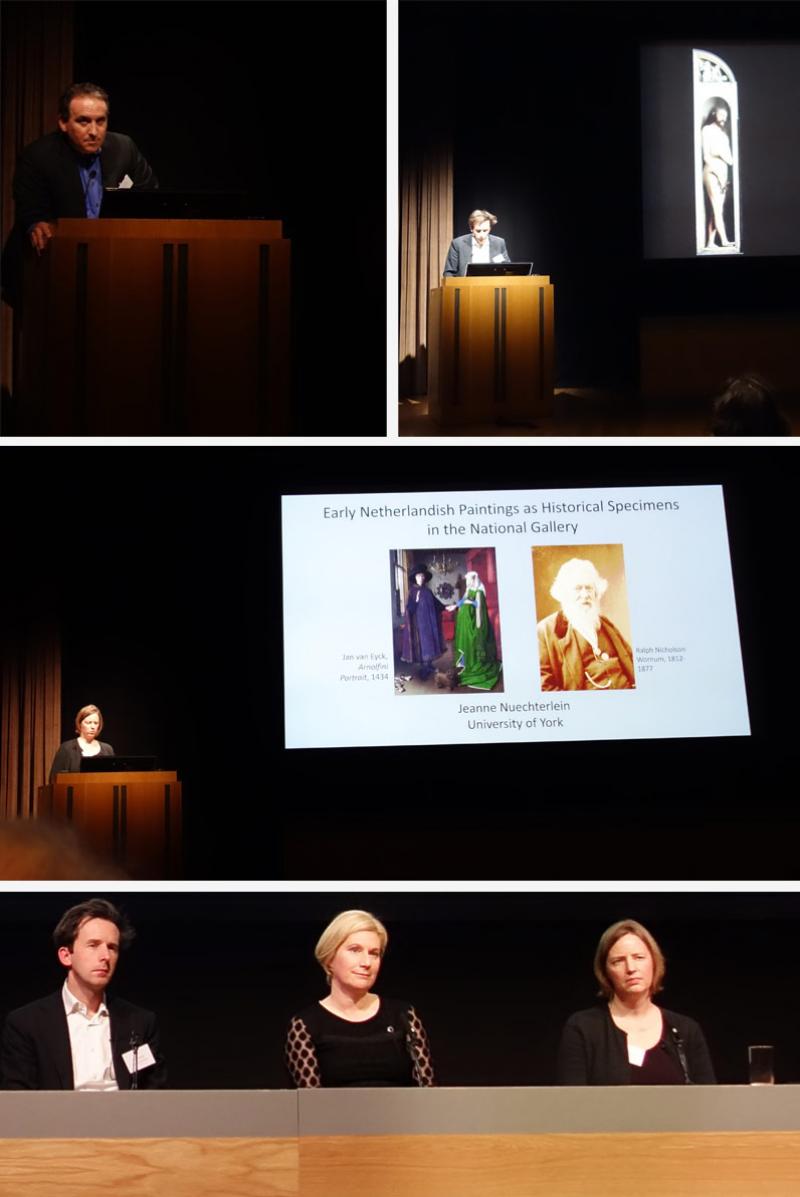 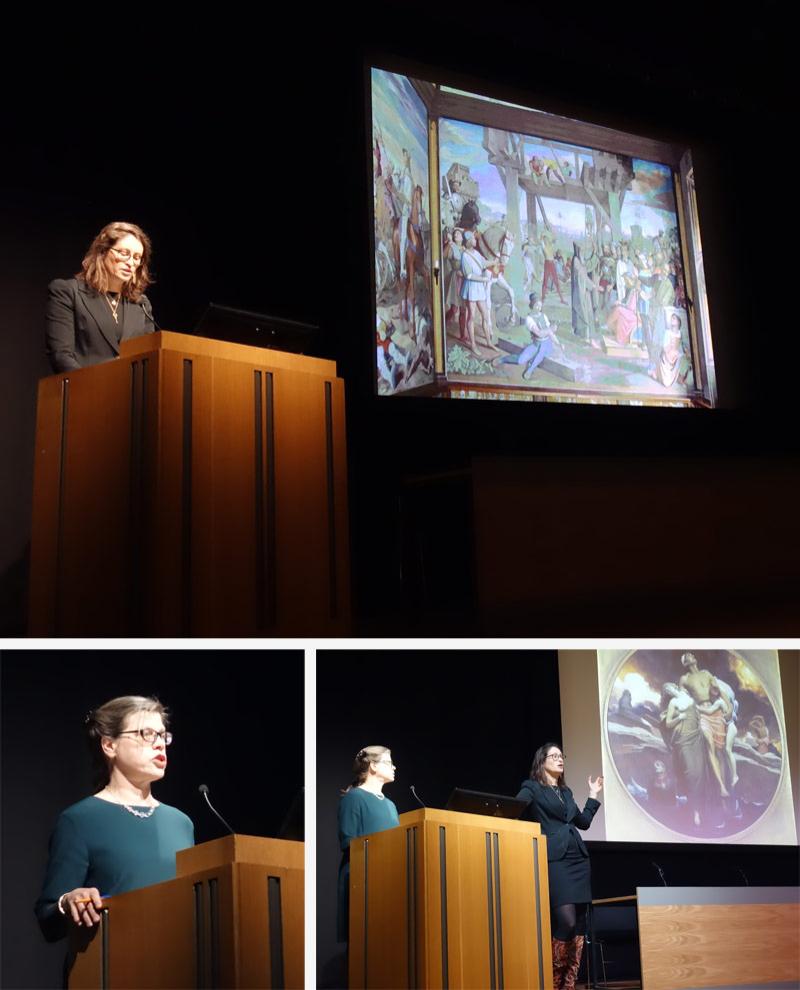