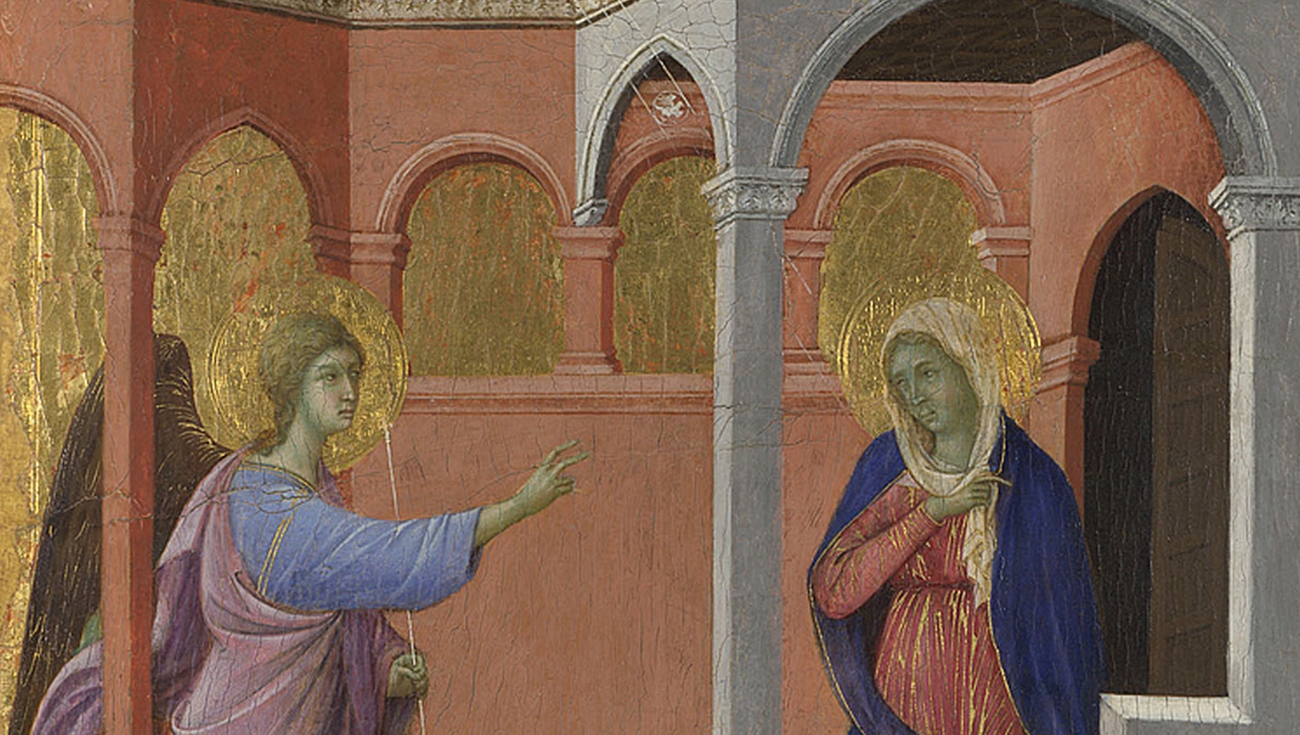 Thesis Title: 'The Virgin's House and Other Architectural Narratives in Renaissance Marian Painting'

Alasdair Flint assisted with the National Gallery exhibition Building the Picture and the online catalogue, as well as co-convening the graduate conference Beguiling Structures.

Read an interview with Alasdair as a PhD student at York.

This thesis examines the architectural settings constructed by painters for their depictions of the Annunciation, seeking to understand how and why painters employed them. The first, fundamental function of pictorial architecture was to organise the scene, demarcating the spaces allotted to each of the protagonists, often through the use of a central architectural dividing element such as a wall or a column. At the same time it constructed the narrative, and provided concrete metaphors for the Immaculate Conception, with the passage of the Holy Spirit through an arch acting as a stand-in for its entrance into Mary herself. Having established these compositional essentials, painters were then able to use architecture to add further resonances to their images, employing it to expound upon the character of Mary and the intense holiness of the Annunciation itself. Echoes of explicitly sacred places and spaces – tabernacles, cloisters, and chapels – could, for example, serve to imbue Mary’s house with a sanctity entirely suited to an event which represented the moment at which Christ appeared on earth. Finally, architecture could promote an audiences’ direct, meditative engagement with the scene portrayed by placing it in contemporary, recognisable architectural settings, thereby collapsing the distance between the remote biblical event and the viewer’s present. These works with realistic and recognizable buildings existed on a continuum (no painting lacked imagined, fantastical, and ideal elements in its pictorial architecture) with Annunciations that contained buildings that were to varying extents fantastical or imaginary. Instead of aiming the to allow the viewer to connect directly with the Annunciation, their inclusion was at least in part as a strategy to distance the events portrayed from them, emphasising the sanctity of the episode. Overall, this study aims to reinsert architecture into the center of our understanding of these Annunciations, demonstrating that it was far from just background decoration but was instead fundamental to both the conception and reception of these works. It is hoped that having proved the central importance of architecture in these works, this study will encourage a reassessment of architecture’s role in Italian Renaissance painting more generally.