Benjamin Elliott was awarded the 2020-21 MA studentship with Castle Howard the Furniture History Society. Read here about his experience, in his own words.

Starting in April of this year and recently having wrapped up, I had the pleasure to work with one of Britain’s finest country houses – Castle Howard. Castle Howard is incontestably a beacon of historical education; so, to work with the house’s curators and collections was an overwhelmingly exciting feeling. The research studentship with Castle Howard was established in collaboration with the Furniture History Society and British and Irish Furniture Makers Online (BIFMO) and generously funded by the Foyle Foundation.

The studentship was a research collaboration seeing two postgraduates from the University of York and the Bard Graduate Center in New York City coming together as researchers. My Bard counterpart, Heath Ballowe and I worked with Castle Howard’s brilliant Assistant Curator Eleanor Brooke-Peat to research (and make sense of) the changing appearances of Castle Howard’s Long Gallery. 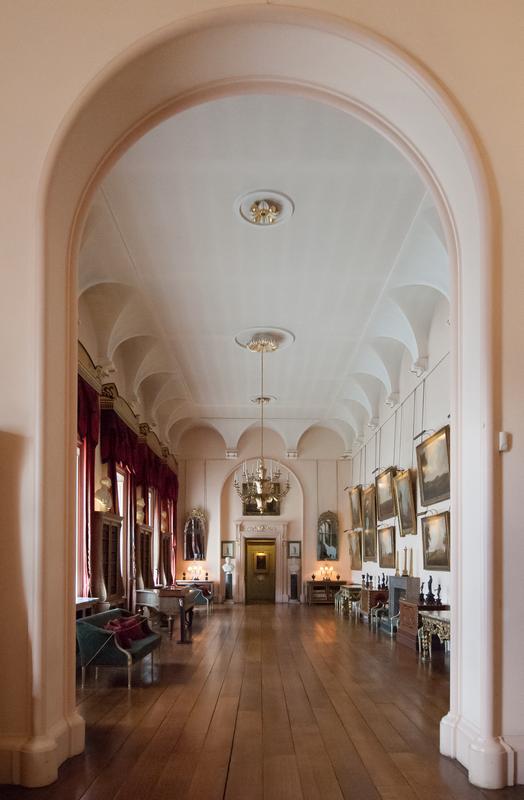 The Long Gallery at Castle Howard. Photo: Heikki Immonen, CC BY 3.0, via Wikimedia

Designed by architect and designer, Charles Heathcote Tatham (1772-1842), Castle Howard’s Long Gallery is a dynamic and experimental space which at the hands of various Earls, Countesses and fashions has donned many a façade, some respectful of Tatham’s design and others a far cry from it. One notable example, in the 1980s the Long Gallery’s walls were painted in a very 1980s fitting “peach-puff” colour! A version of the Long Gallery, albeit vastly different from Tatham’s vision, I did however become quite fond of – Rosalind, Countess Carlisle (wife of the 9th Earl) redecorated the Long Gallery in richly patterned William Morris wallpaper. The Long Gallery is a confusing, ambiguous and evolving space in Castle Howard.

We wanted to research why this was and how we could articulate its history. To propel our research, our main source was Tatham’s architectural elevations published in his 1811 album titled, The gallery at Castle Howard, in Yorkshire; the seat of the Earl of Carlisle, K. G. &c. &c. &c. These elevations are unusual in that there is a stark contrast between Tatham’s vision for the Long Gallery and the actual appearance of the space directly following his commission and afterwards.

Looking at these elevations, we asked:

To research the Long Gallery, we had to analyse: 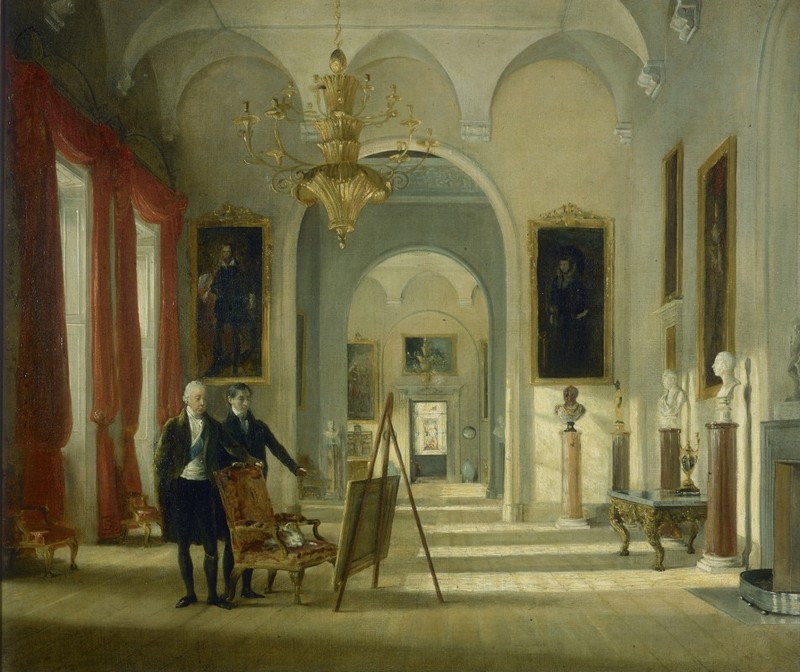 John Jackson, Conversation piece in the sunlit Long Gallery, where the ageing Lord Carlisle contemplates, in the company of his youngest son, Henry Howard, an unidentified painting on an easel, c. 1810. Oil on canvas. Photo: courtesy of and © Castle Howard.

Since this was a digital humanities project, Heath and I had creative freedom when presenting our research. Debating on approaches, we decided upon creating an interactive website which will go live soon. We collaborated with the BIFMO project manager, Adriana Turpin FSA, a noted historian of collecting and furniture who was a founding member of the The Institut d’Etudes Supérieures des Arts, UK; Rufus Bird LVO (Surveyor of The Queen’s Works of Art from 2018 until 2021); and Sarah Medlam (Curator Emeritus in the Department of Furniture, Textiles and Fashion at the V&A). Without their generous words of wisdom and fascinating tales of Tatham, our research would not have propelled to the many theories Heath and I worked through. It was brilliant to be able to meet and collaborate with them. This was enhanced by site trips to Castle Howard, where I spent hours inspecting furniture, gilding, urns, ceramics, paintings, sculpture, wallpaper and drapery in an effort to understand this space and to seek possible glimpses into the house’s past curation of Tatham’s design imprint.

The research studentship was immensely enjoyable and hugely informative. I enjoyed conducting professional-level art historical research and writing, whilst delving into wider disciplines from design history, material culture and architectural history. Concurrently, the studentship trained me in digital humanities, collections interpretation and web design, as well as professionalising my research skillset, honing my ability to use archives efficiently and grasp palaeography – a useful skill when reading inventories! I can transfer these skills to my current graduate position working in the library, special collections and rare books collections of Pembroke College, Oxford. The Castle Howard studentship was thoroughly enjoyable and extremely fulfilling.

Heath and I will present our project’s findings to BIFMO in the new year. 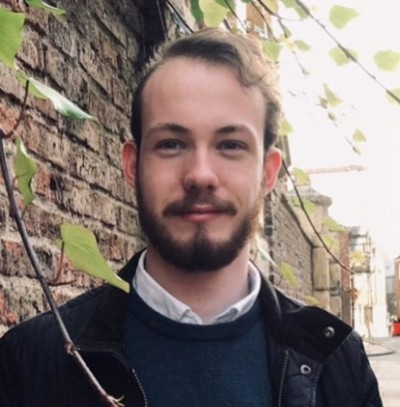