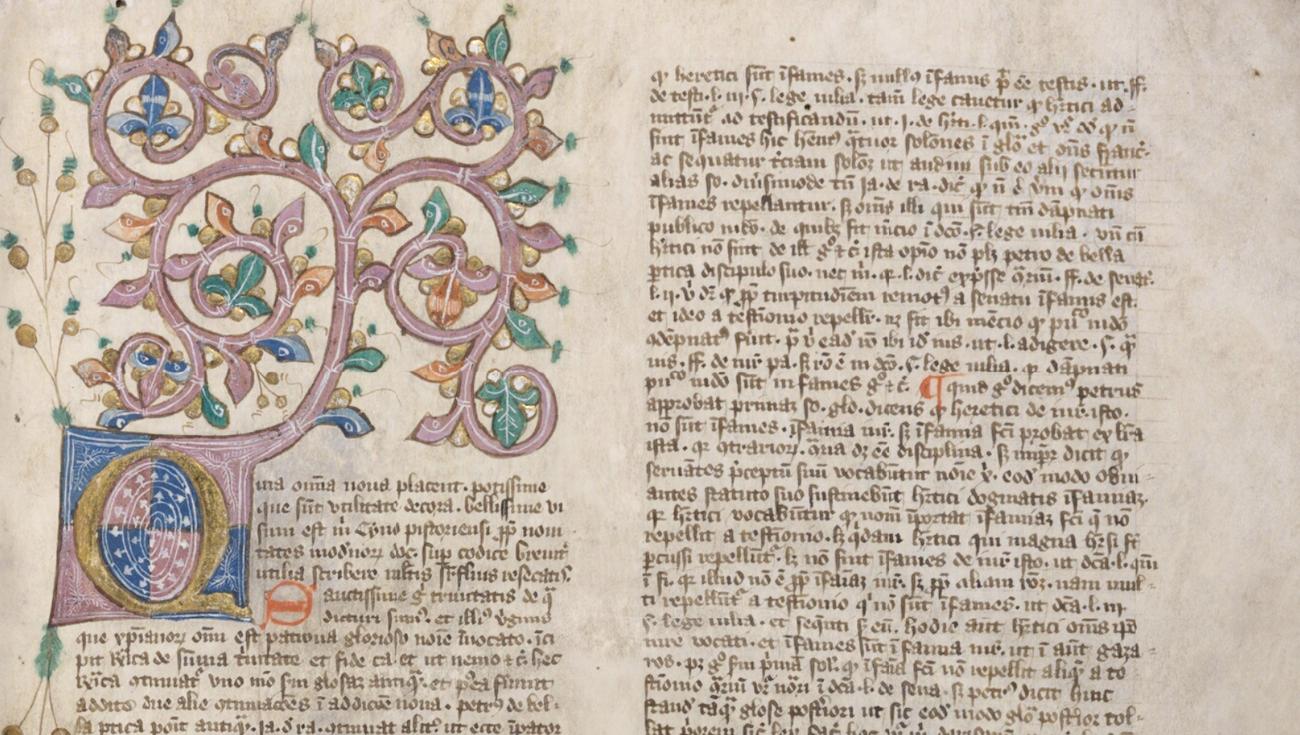 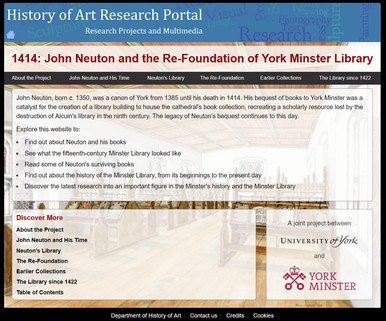 The website 1414: John Neuton and the Re-Foundation of York Minster Library was published in 2016 as the culmination of a project to mark the 600th anniversary of the bequest of books made by John Neuton (c.1350-1414), which led to the re-founding of York Minster library.

The online publication was edited by Dr Hanna Vorholt (University of York) and Peter Young (York Minster). As well as essays from contributors across the globe, it contains complete, leafable digital facsimiles of all of Neuton’s surviving books still in the Minster Library’s possession; it also includes digital facsimiles, transcriptions and translations of key documents concerning the foundation of the library and its history. Architectural illustrator Allan T. Adams was commissioned to produce two watercolour drawings that reconstruct the fifteenth-century Minster Library, drawing on new research by Dr Stuart Harrison (Cathedral Archaeologist, York Minster/York Minster Fellow, University of York), Sarah Brown (University of York and Director, York Glaziers Trust), and Professor Christopher Norton (University of York). The drawings were funded by the York Minster Fund and the originals now hang in the present-day Minster Library. The Introduction was written by Professor Bill Sherman (Warburg Institute), who was Head of Research, Victoria & Albert Museum, and Professor of Renaissance Studies, University of York, at the time of the project.

'This resource sets out both to commemorate Neuton's historic gift and to put it in context, combining source materials, scholarly articles and images of books and buildings. We have provided an account of Neuton's life and career, and his prominent role in the political, financial and intellectual life of York's great cathedral. We have assembled the contents of Neuton's library, assessed its size and value and considered its character in relation to other collections of the early fifteenth century as well as that of Archbishop Tobie Matthew, whose bequest of several thousand books in the seventeenth century gave York Minster the largest cathedral library in England—which it remains to this day. We have drawn on archival and archaeological evidence to reconstruct the original appearance of the building constructed to house the Minster's book collection after Neuton's bequest, one of the earliest and most important examples of its kind in the country (if not the world). And we have explored some of the other tantalizing traces associated with Neuton, from a strap added to the eleventh-century Horn of Ulph, to his tomb near the shrine of St William.' 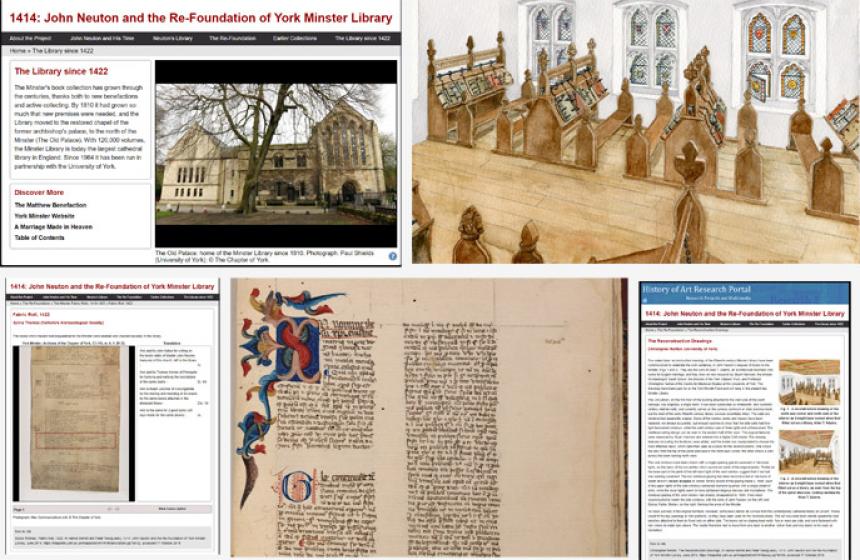 John Neuton and his Time

1414: John Neuton and the Re-Foundation of York Minster Library was included in a review of ‘York’s Archbishops’ Registers Revealed. Borthwick Institute for Archives,University of York, 2016. https://archbishopsregisters.york.ac.uk/.’ by Alexander Devine (Manuscript Studies: A Journal of the Schoenberg Institute for Manuscript Studies, University of Pennsylvania Press, Vol. 2, No. 1, Spring 2017, pp. 251-255, in which he described the launch of the John Neuton website along with the online resource York’s Archbishops’ Registers Revealed (YARR) and the unveiling of the restored East Window of York Minster as ‘golden days for our access to York’s medieval history’.