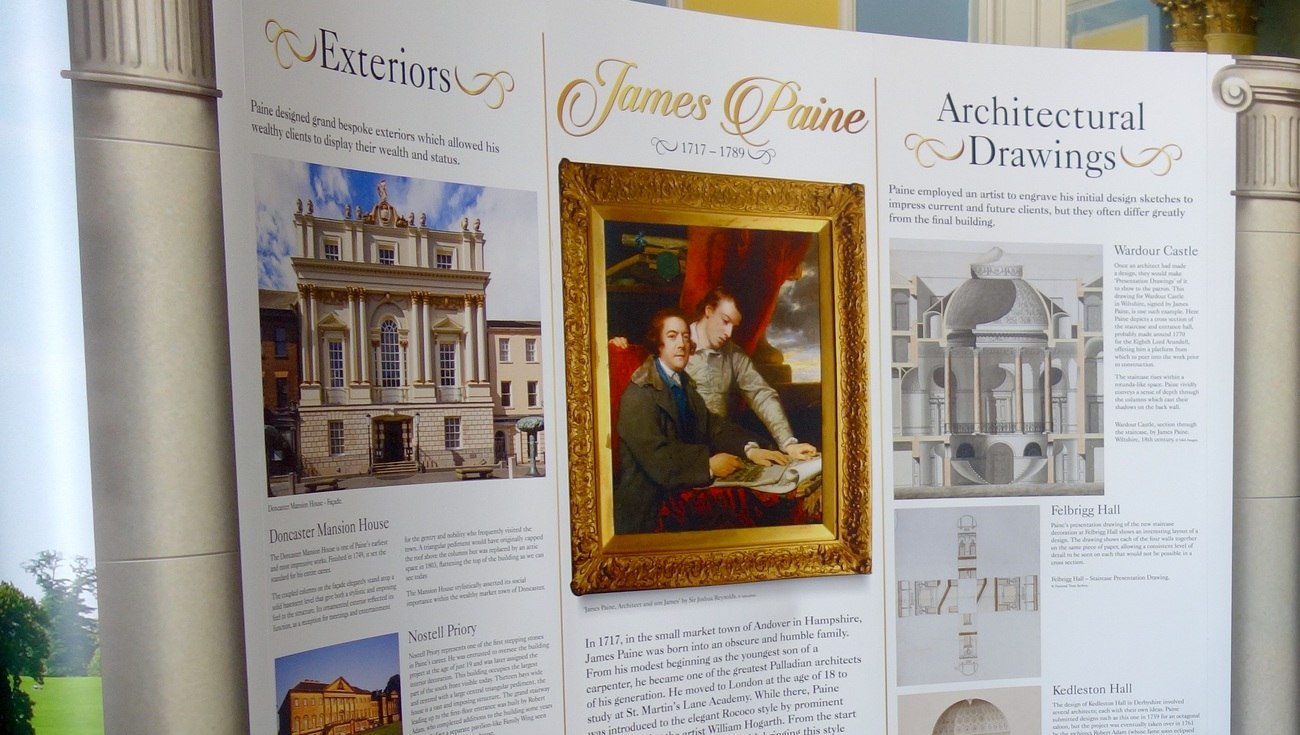 Throughout 2017, the Friends of Doncaster Mansion House are working in partnership with the University of York, Doncaster Civic Trust and Doncaster Council to mark the 300th anniversary of the birth of Georgian architect James Paine (1717-1789).

A new, permanent exhibition on the life and works of James Paine went on display for the first time at the Festival launch on 25 March, created in collaboration with members of the Historic Houses Association whose properties were designed by Paine. From the Friends of Doncaster Mansion House website:

‘The partnership between the Friends and University of York produced the centrepiece of the exhibition, the James Paine Story. This was created by George Norton, an MA student at York who is working with the Friends until September 2017 to help develop a wider appreciation of Paine and his work. The exhibition also showcased some of Paine’s published plans and drawings, demonstrating the range and output of the architect.’

A symposium was also held as part of the launch.

Other initiatives planned for the tercentenary include:

For further details, visit the Friends of Doncaster Mansion House website; download the leaflet produced by the Friends; and read an article from the Historic Houses Association Magazine (Winter 2016) by Owen Evans, secretary of the Friends. 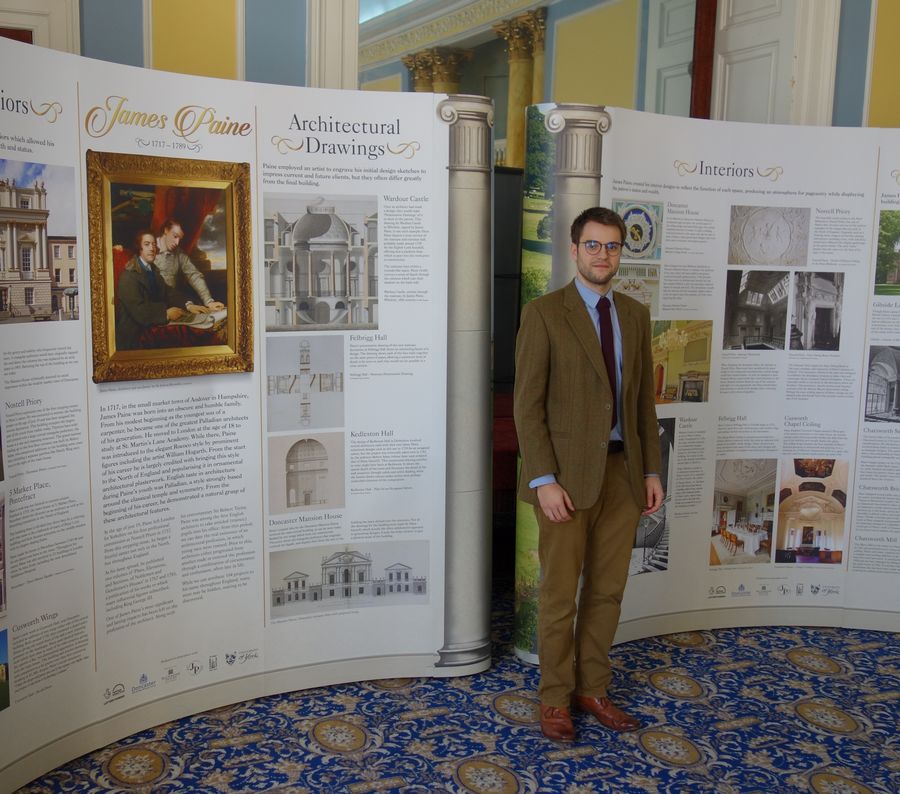 Read about our partnership with Doncaster Mansion House