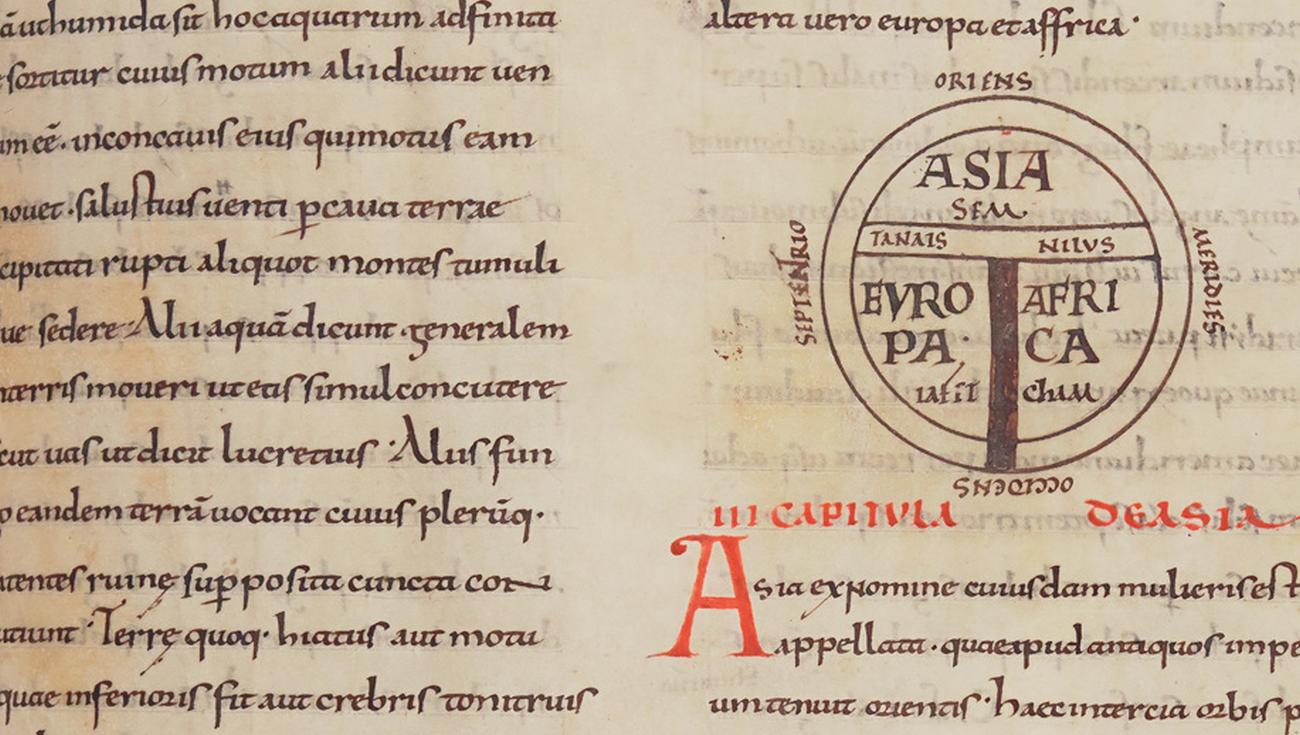 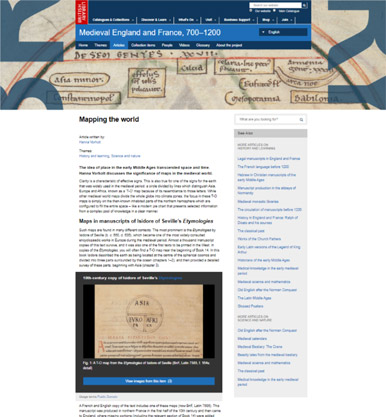 ‘Mapping the World’
By Hanna Vorholt
Published online by the British Library, 2018

Dr Hanna Vorholt (University of York) contributed an essay entitled ‘Mapping the World’ to the British Library online publication ‘Medieval England and France, 700–1200’, a curated selection of some of the medieval manuscripts included in ‘The Polonsky Foundation England and France Project: Manuscripts from the British Library and the Bibliothèque nationale de France, 700–1200’.  This was a major collaboration between the libraries, supported by the Polonsky Foundation, bringing together 800 manuscripts from these two national collections.

All the manuscripts were digitalised as part of the project and can be viewed in full on the BnF-hosted website France et Angleterre: manuscrits médiévaux entre 700 et 1200 (available in French, English and Italian).  The British Library website ‘Medieval England and France, 700–1200’ focuses on 148 of the collection items and examines them and their context, through their history, major figures and by theme.

'The idea of place in the early Middle Ages transcended space and time. Hanna Vorholt discusses the significance of maps in the medieval world.'

Dr Vorholt’s article is included in the themes of History and Learning and Science and Nature and, as per the project website, is available to all in both English and French.  The website was launched at the project conference in Paris in November 2018, at which Dr Vorholt also gave a paper.

Read about our partnership with The British Library

Read about our partnership with Bibliothèque nationale de France

Main image: Page detail with a T-O map with the four cardinal directions indicated outside of the map, from the Etymologies of Isidore of Seville (BnF, Latin 7586, f. 45r, detail);image public domain; see https://www.bl.uk/collection-items/bnf-a-french-copy-of-isidore-of-sevilles-etymologies