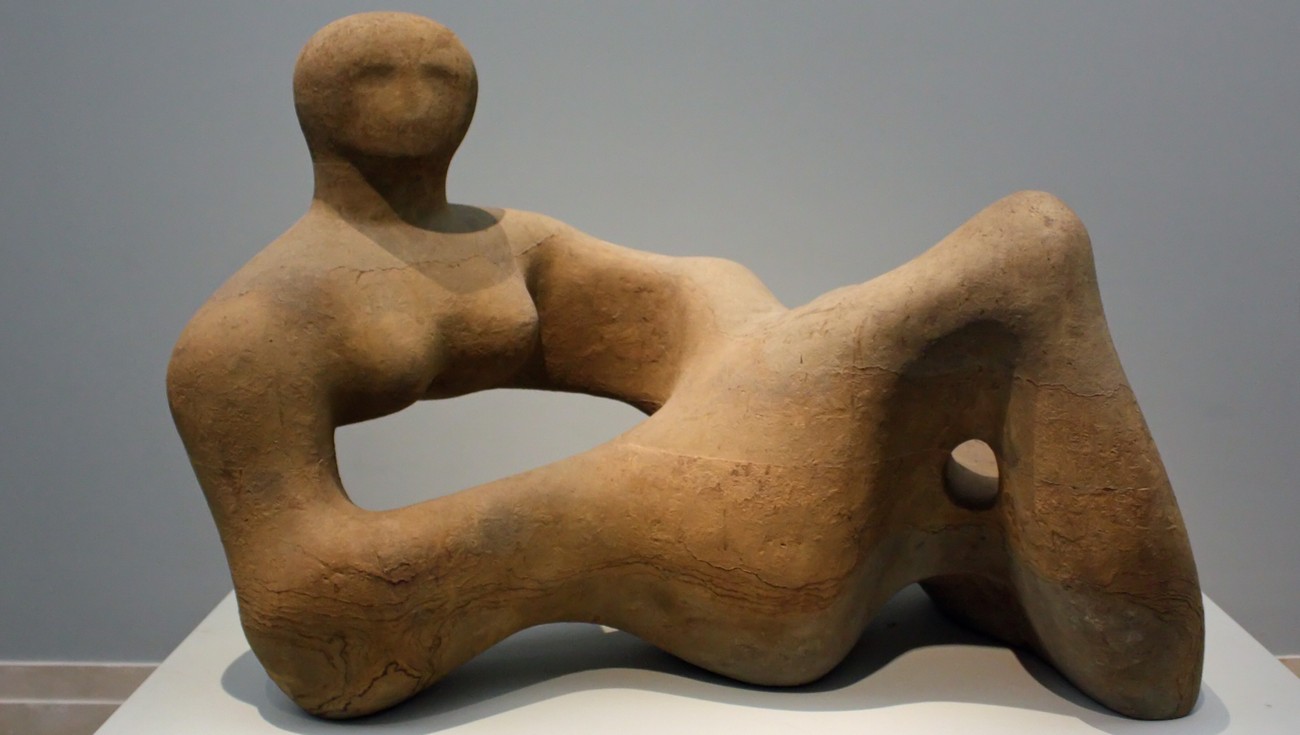 Between 1938 and 1950, Henry Moore worked on four public commissions for four widely divergent educational establishments, each one representing a different strand of educational provision as it existed in Britain in the years either side of the Second World War. The first commission was for a series of reliefs to decorate the side of the Senate House building at the heart of the University of London’s new Bloomsbury campus. It was commissioned by the campus’ architect Charles Holden who had provided Moore with his first public commission a decade earlier. The second was for a sculpture to populate the front of a revolutionary new ‘Village College’ in Cambridgeshire devised by the educationalist Henry Morris and designed by the architects Walter Gropius and Maxwell Fry. Neither of these commissions came to fruition, but the extent and the significance of Moore’s preparatory works produced towards them demand more attention than they have received to date. Moore’s work towards a sculpture depicting a ‘family group’ for the Impington Village College would ultimately come to resolution for the Barclay School in Stevenage, one of the first Secondary Modern schools built in England after the war and the implementation of the 1944 Education Act. Finally, whilst working on these two interlinked commissions in the months immediately following the end of war, Moore produced a reclining figure in stone for the grounds of the Dartington School, an experimental and independent co-educational college in Devon set up by the philanthropic educationalists Dorothy and Leonard Elmhirst. With this thesis I will explore the significance of this series of public commissions and the figures who commissioned them in the context of educational and cultural reform as it was planned for and implemented in these years. Each of Moore’s resultant drawings and sculptures speak directly of and to the moments and the meanings of their inception, their forms representative of both his attitude to the potentiality of public art and the extent of his visual vocabulary, traceable through the nexus of Moore’s experience of education as it developed in the first half of the twentieth century.