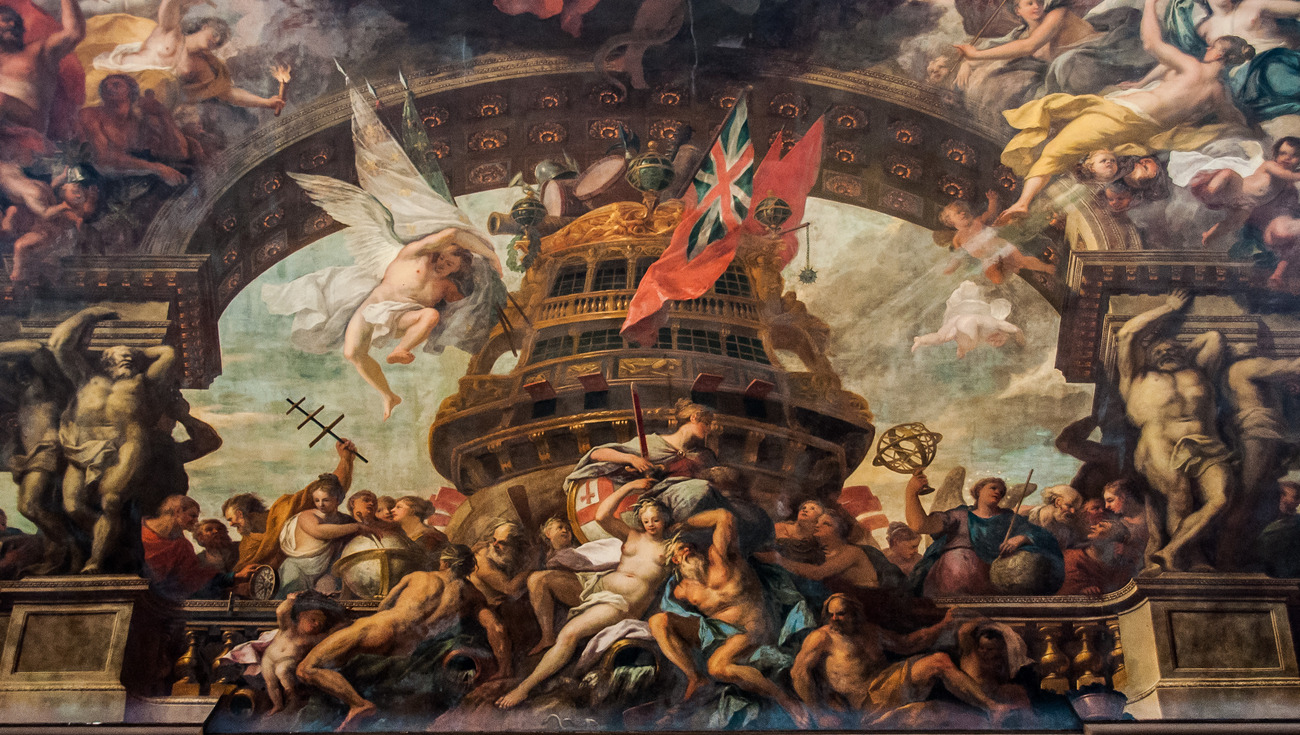 Cicely Robinson, 'Edward Hawke Locker and the Foundation of the National Gallery of Naval Art (c. 1795-1845)'

The National Gallery of Naval Art was situated within the Painted Hall at Greenwich Hospital from 1824 until 1936. This collection of British naval paintings, sculptures and nautical curiosities was one of the first ‘national’ collections to be acquired and exhibited for the general public, preceding the foundation of the National Gallery by a matter of months. Installed in the wake of the Revolutionary and Napoleonic Wars, the Naval Gallery, as it was more commonly known, was primarily founded to commemorate ‘the distinguished exploits of the British Navy’. This thesis examines how the Gallery presented a unique type of national naval history to the early nineteenth-century public, contributing to the development of contemporary commemorative culture as a result. In addition, the Naval Gallery also functioned as a forum for the exhibition of British art. This study examines how the Gallery was actively involved in the contemporary art world, liaising with the Royal Academy of Arts and the British Institution, providing patronage for contemporary artists and actively contributing toward the development of a national patriotic aesthetic. In 1936 the Naval Gallery was dismantled and the collection was given, on permanent loan, to the newly founded National Maritime Museum. As a result of this closure the Gallery ceased to be the subject of contemporary commentary and knowledge of its existence gradually declined. This thesis conducts a dedicated institutional study of the Naval Gallery in an attempt to re-establish its status as the first ‘national’ naval art collection, as a major site for the public commemoration of Nelson and as an active participant in the early nineteenth-century British art world.

Read more about the thesis.

Read about our partnership with National Maritime Museum