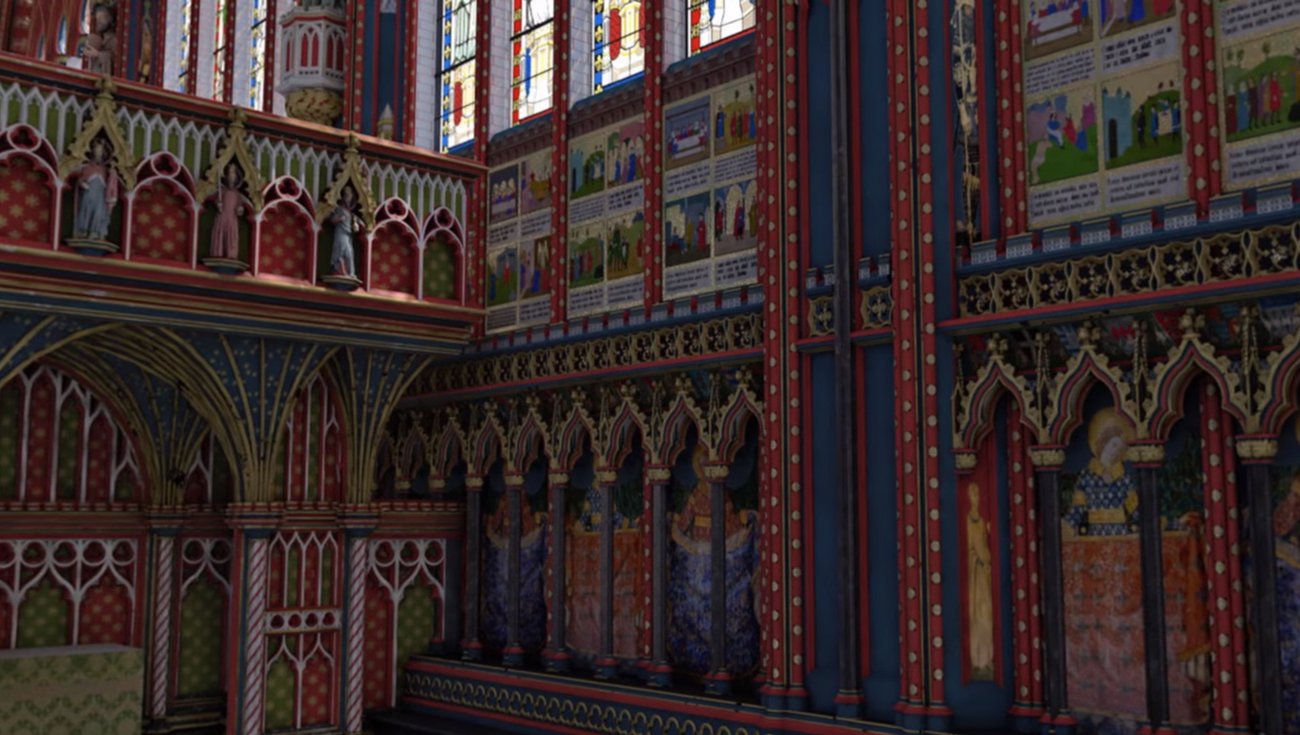 James Hillson, 'St Stephen’s Chapel, Westminster: Architecture and Decoration in the Reigns of Henry III and the three Edwards (1231-1363)'

Dr Hillson was an Associate Researcher on the major research project St Stephen's Chapel, Westminster: Visual & Political Culture, 1292-1941: see his profile on the Virtual St Stephen's website. He gave a paper at the Project Conference in September 2016.

This thesis focuses on the architecture and decoration of St Stephen’s Chapel, Westminster (1227-1363) and the relationships between art and politics which were expressed throughout its long construction. First recorded in 1206, extensively remodelled 1227-53 and entirely rebuilt 1292-1363, Westminster’s former principal palace chapel is considered one of the most influential buildings of its age and was positioned at the centre of royal power and devotional activity in Plantagenet England. Patronised by four sequential English kings – Henry III (1207-72) and the three Edwards (1272-1307, 1307-27 and 1327-77 respectively) – this building was highly responsive to the changing political circumstances of its time. However, the chapel’s complete destruction by fire in 1834 after three centuries of continuous use and modification has left many questions regarding its appearance, design sequence and construction history unanswered. Consequently, this thesis has two aims. Firstly, it proposes a new reconstruction of St Stephen’s supported by a systematic reassessment of its building sequence. This is facilitated by interrogation of antiquarian visual and textual sources and the chapel’s extant building accounts from the medieval Chancery and Exchequer now held in the National Archives. This has resulted in an attached set of reconstruction drawings, the first of their kind attempted since 1844, and extensive supporting appendices of tabulated accounts. Secondly, it uses this information to analyse the impact of political actions and situations on design and construction at St Stephen’s, introducing a new model of architectural causality within royal patronage. This is articulated through four key themes woven throughout a chapter-by-chapter architectural chronology: patronal agency, royal identity and iconography, international interactions and economics. By considering the contextual circumstances of the building’s creation, these themes are used to present a systematic re-evaluation of royal architectural causality in thirteenth- to fourteenth-century England.

Main image: Detail from the digital reconstruction of St Stephen's, Westminster, showing the medieval chapel in the 1360s, Christianity & Culture, University of York