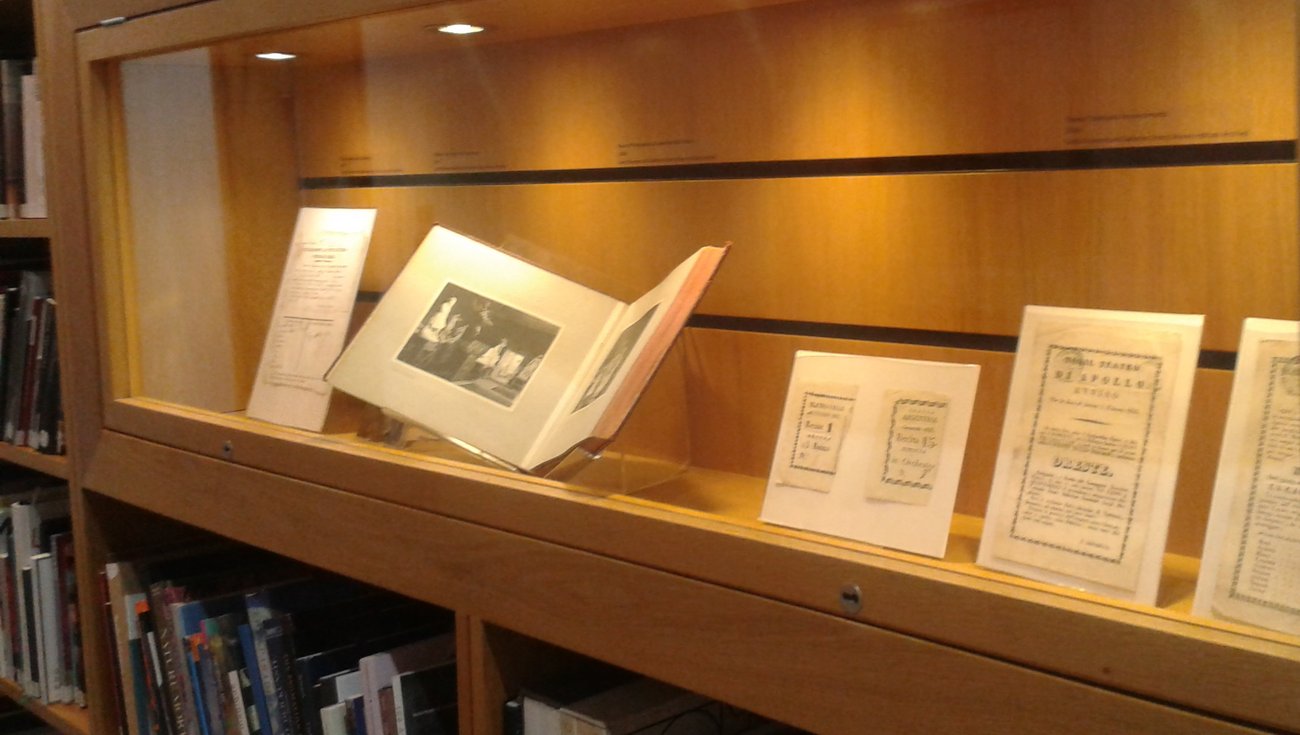 The display Sculpture in the Time of Cholera: William Calder Marshall in Rome 1836-8 was shown in the library at the Henry Moore Institute from 28 July to 24 September 2017.  It was curated by York/Tate CDA student Amy Harris.

Scottish sculptor William Calder Marshall (1813-94) spent 18 months in Rome from 1836-38, coinciding with a cholera epidemic that killed more than 10,000 people in the city in just four weeks.  This display brought together documents pertaining to Marshall’s time in Rome, including letters, pamphlets and his well-used passport.

“They have been very prudent too in burying the dead at night. The cart goes ’round the streets accompanied by a torch and two dragoons. It is drawn by four horses like an artillery waggon. It is thought little of now but the rattling of the dead carts at first was most harrowing. Think of them carrying away 500 at night. They are buried in trenches; Duke and Duchess, rich and poor. Some few have coffins but the rest are buried naked, not even a sheet. To tell you the scenes of horror which took place in the streets would make your blood run chill.”

In September 1836 sculptor William Calder Marshall (1813-94) left Edinburgh for Rome to join the international community of artists studying and working in the city. He departed with a mind to meet the famous sculptors John Gibson (1790-1866) and Bertel Thorvaldsen (1770-1844) who were based there. He was disappointed to find marble was far more expensive than he had expected.

Marshall produced a number of sculptures during his eighteen-month stay, including ‘Psyche’ (1836-7), ‘Italia’ (1837) and ‘Hero And Leander’ (1837). He also enjoyed all the pursuits of the tourist: drinking coffee, viewing The Colosseum by moonlight and visiting the theatre. The threat of cholera, however, was constantly at his heels.

Marshall’s papers, housed in the Henry Moore Institute Archive of Sculptors’ Papers, provide a glimpse into his trip and demonstrate the pleasures and considerable risks of working abroad for the British sculptor. Precautions against cholera considerably delayed Marshall’s journey to Rome - he endured two week-long periods of quarantine, first at Livorno and later at Naples. After being examined by a doctor, having his belongings fumigated, visiting the police for a Health Certificate and attending the Consulate to fetch his passport, he was finally permitted to travel on to Rome.

In September 1837 Rome suffered a major cholera epidemic, which killed about 10,000 people in the space of four weeks. In a letter home, now held in the Royal Academy Archive, Marshall reassured his family that he was taking measures against infection - he had acquired some medicines and ‘a right good bottle of cognac brandy, which is a medicine worth taking!’