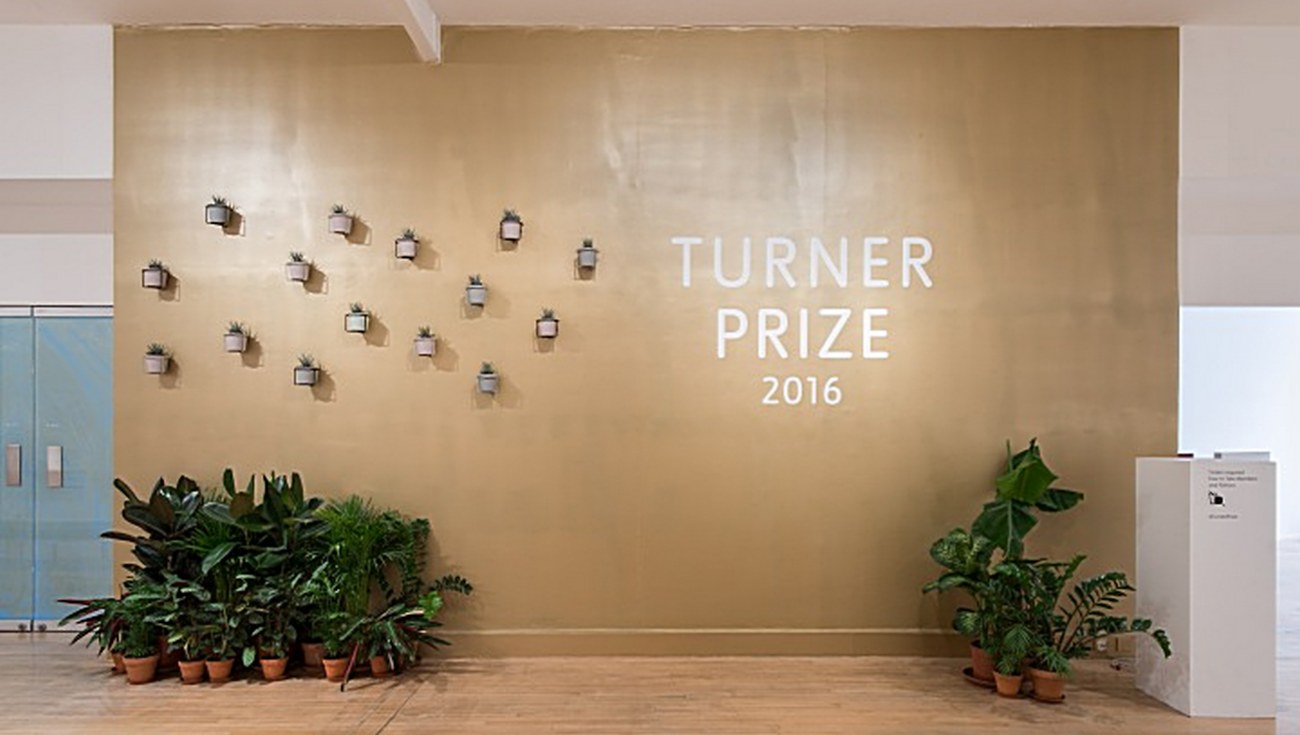 Dr Cadence Kinsey (University of York) participated in BBC Four’s coverage of the 2016 Turner Prize. The Nominees. Filming took place at the Turner Prize 2016 exhibition at Tate Britain, which showcased the work of the winner Helen Marten and the other three nominees, Anthea Hamilton, Michael Dean and Josephine Pryde.   Dr Kinsey discussed the four nominees with programme presenter Morgan Quaintance, with particular reference to the impact of social networks on contemporary art: a pertinent question for the 2016 award:

‘Visitors to the Turner Prize will be able to take photographs in the exhibition and are encouraged to share and debate these through social media. Tate Britain is also inviting visitors to join the Turner Prize conversation using Facebook Live, encouraging them to film their reactions and opinions of the artworks from inside the gallery. Those that ‘Go Live’ can add their views to the online discussion by using #Turnerprizelive. Each day a selection of public videos will be featured on the global Tate Facebook page, to celebrate the diverse opinions around contemporary art today.’ (Tate – press release)

The Nominees was broadcast on BBC Four Sunday 4 December 2016 and was then available on the BBC iPlayer. 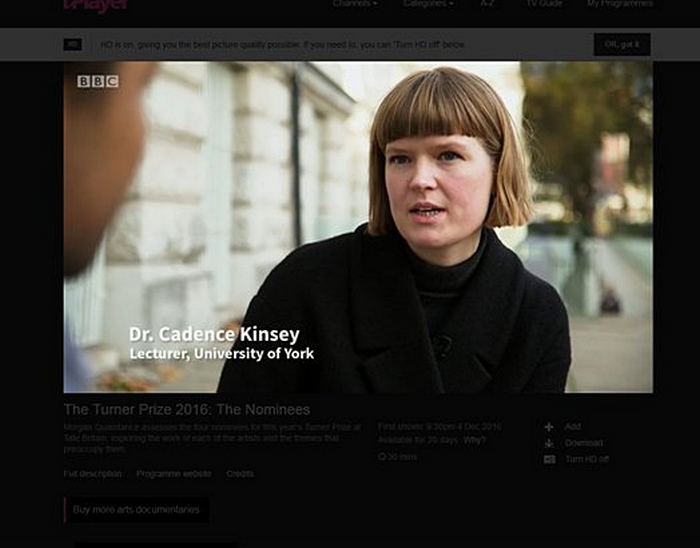